What is the most insidious thing that war can take away from those that survive and return home?

My Grandfather never really talked about his experiences as a Tank Destroyer Division Major in WWII; a few stories here and there from other men in his unit about the exploits of the 610th through northern Europe, and there is this letter he wrote after fighting started to cease in ’45, but other than that really nothing from him about what he fought in. I can only piece together his experience as a soldier from various sources, thus I don’t have the full picture and I can only surmise about his thoughts on the time he spent there. That he never really boasted about his time fighting in Europe I believe is telling in and of itself, as he chose to keep to himself his war. It is the the feeling of most that returned, not wanting to recount the horrors they went through. Every soldier that came back from WWII, and every war that has ever been fought, had . Some more drastically than others, but each was robbed of one very important need in life: Silence.

It is the wait that gets beneath your skin, grinds you down and erodes your strength. The times before battle are ones of great perils and tribulations. Some soldiers are waiting to die, others to live, others glory in combat and others still to fight for their fellow man. It is the calm before the storm that is worse than the actual storm. Once battle is engaged adrenaline, primal instinct and the rush of the battle take over; you’re essentially in a chemically fueled and frantic survival mode and if you’re hit in the head or torso it’s all over quickly. But for those that made it through the bloodshed what may never be over is the time before, when emotions run rampant your mind is going in infinite amount of directions.

It is a rare war movie is able to grasp this concept well, of the internal hell that proceeds the battle. Enter Terrance Malick who came out of a 20 year self-imposed hiatus to portray exactly this idea in the stunning, beautiful and haunting The Thin Red Line. Based around the battle of Guadalcanal tells the story of the marines who went in in one of the defining battles of the Pacific theater of WWII. As we open Private Witt, played by a never better Jim Caviezel, is AWOL on an isolated island full of natives blissfully unaware of the war being raged around them. Until his ship and fellow soldiers find him and put him right back into the fray of battle.

Serving as an allegory for any man drafted abruptly into military service; of being taken away from an unassuming existence away from bloody combat, Witt reluctantly rejoins his company in their assault on the Japanese Island stronghold. For long stretches there is nothing but talk through several personal voice-over narration and dialogue alike about the events that will inevitably follow these men. The battle looming heavily over each and every one of the soldiers as they prepare for war; their own wars as the film’s tagline appropriately puts it. Symbolizing the polar opposite ends of the fighting spirit are Capt. Staros and Lt. Colonel Tall. Elias Koteas, as fine a character as any, gives a moving career-best performance as the concerned and beleaguered Captain Staros leading his men into the fray, while Nick Nolte plays the antithesis as the at-all-costs leader barking orders to make sure his soldiers continue marching forward.

The two’s extreme conflicting nature serve as the external representation of what the rest of the men on that island were going through internally; some are willing to do all that is needed to win others less so committed, as they are more concerned with having their lives and humanity intact after this is all over. The internalized conflict that rages on is apparent with the two leaders, the faces of the men and the omniscient hushed narrations waxing poetically about their very existence that run constant in the film. These are not men of stone, marching stoically into battle, they are of flesh and blood with real conflicted human concerns and fears. It also all portrayed in the infamously deliberate pacing of Terrance Malick, slowly and gradually rendering the underlying nature of war like no one else could. 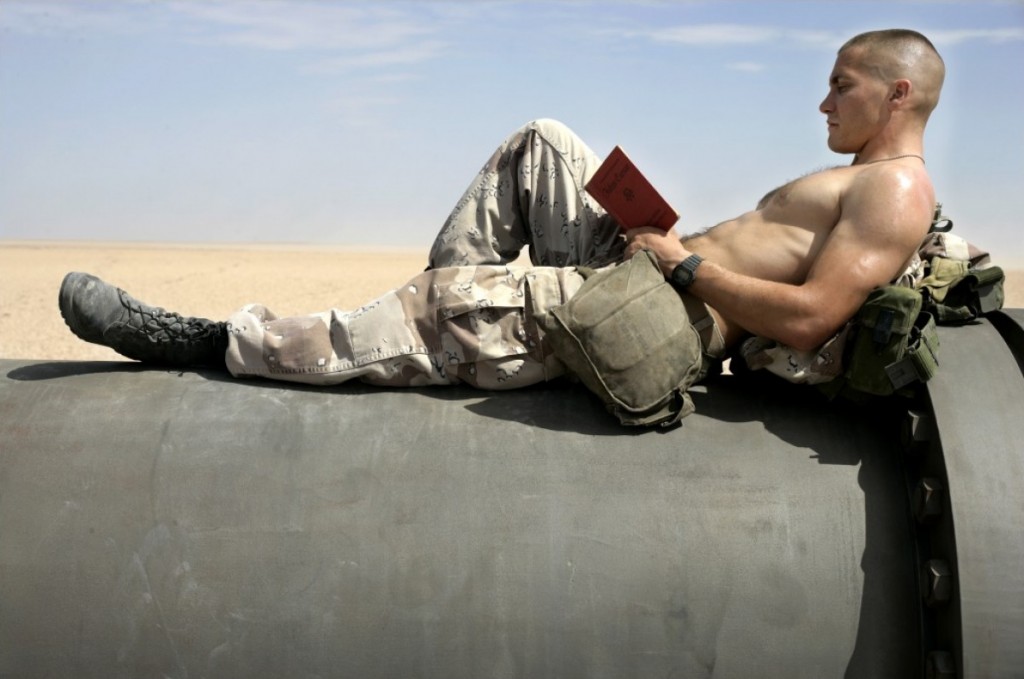 Seven years later director Sam Mendes riding high after two critically acclaimed works American Beauty and Road to Perdition tried to capture this very notion again with the highly underrated first gulf war drama Jarhead starring Jake Gyllenhaal and Peter Sarsgaard. Anthony Swofford is the titular Jarhead that is sent to train in Saudi Arabia as Saddam Hussain invaded Kuwait. The men are itching for a fight that they have been preparing for months, but all there is waiting for them is sweating in the desert.

They are all dressed to kill but with no where to go. They whine, do menial tasks around the base, worry about their wives back home cheating on them and want nothing more than the green-light to shoot some invading Iraqis. When operation Desert Storm begins Swofford and his war-buddy Alan Troy (Peter Sarsgaard) are finally given the chance to fight they embrace any opportunity to prove themselves on the battlefield. Only what they experience is anything but what has been drilled into them since basic training. Hussain’s forces have been destroying oil rigs and lighting them ablaze. As his company marches through the blackened skies and barren desert they find no resistance and the fight they were promised.

We know now that Operation Desert is generally considered as swift and as textbook a military maneuver as there can be, in effect the war was over before it began. All well and good for the Western news coverage of the event, but for Swofford and Troy everything that they had to endure up to this point was all for not. The physical training, the humiliation by superior officers, being separated from loved ones, the unforgiving hellish desert all amounted to them not being needed in the end. The two of them never even got to fire their guns at an enemy combatant, instead they fire them off in frustration over the battle that never was. The anticipation completely took hold of their lives, and were never given a release of that hold, for some that is too great a toll to bare.

Silence, that is the most insidious and pervasive thing that can be taken away from a soldier. Moments of self-reflection and inner-peace now consumed by the overbearing and maddening anticipation of what is to follow. They say life is what happens while waiting for the next big thing to happen, but what if the next big thing is either kill or be killed? Every single soldier from WWII to the First Gulf War to today’s Gulf War internally deals with this paradox, continually fighting their own wars long after the last bullets and shells are fired. 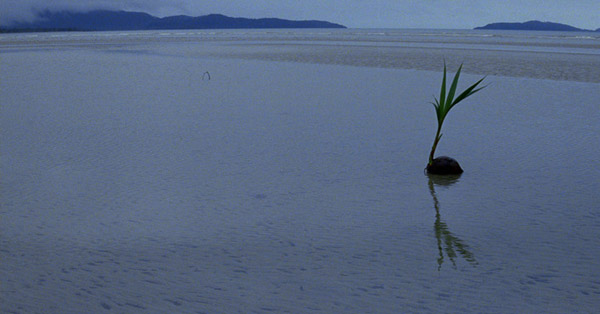 2 thoughts on “Scenery Theory: The Waiting Game in War”