As limitless as imagination, as unique as a human mind and as fragile as existence…

A young man buys blue flowers and takes grubs from the soil in the pots; a young woman works in an office as visual artist; the man kidnaps the girl by forcibly feeding her one of the grubs thereby putting her in an hypnotic state; she listens to every order and suggestion he gives including making paper chains, writing excerpts from Thoreau’s Walden and liquidating her assets and handing him the cash; the girl wakes up some time later to find that her life has been completely gone to hell and that she is inexorably drawn to a sound coming just off the highway…and thus begins our journey of confusion, discovery, befuddlement and awe.

Doesn’t that all read like the best in film of the recent past year? I’ll get back to that later.

Shane Carruth, director of another mind-warping-cluster-puzzler Primer, here has crafted a work unlike anything else in 2013 or any year. Upstream Color wows, dares and confounds you to seek and understand the grand mystery of it all. Carruth has created a new genre so-called tech-noir, in some circles, which is steeped in the realm of science, mind-warping concepts, thought-provoking imagery and characters. In sort, I live for this kind of stuff.

All the technical prowess driving the story is all for not unless you have the characters and acting talent behind them to make an audience care enough about the journey, and exciting up and comer filmmaker Amy Seimtez delivers in spades. Her Kris is the aforementioned woman whose life is viciously manipulated and altered for the worst, and her road of recovery and self-discovery is one for the ages. Seimtez infuses Kris with confusion, desperation and determination that is rarely ever seen mixed together perfectly. In my opinion the best performance of the year, hands down.

Another one to highlight is the director himself, as he certainly was an auteur on this; having directed, wrote, stared, shot, composed, edited and independently distributed Upstream Color. I have always been drawn more to the indie world of film rather than mainstream studio efforts because of people like Carruth who have a vision and drive to tell their stories their way. He proves that there is and will always be unique gifted voices amongst the din of hacks, even in an industry seemingly taken over by them.

Getting back to the film itself, I wanted to highlight in the beginning just how much this narrative could only be told as a film, not a book or any other work of art. A novel with this kind of plotting would not have the emotional heft of Kris’ facial expressions and a stage-play would not have the shallow depth of field imagery to move it forward. A painting cannot convey the passage the time and progress as well as a film can. Though there is great music in the film (a wonderfully pulsating score composed by Carruth himself), it alone wouldn’t be enough to carry it all the way. 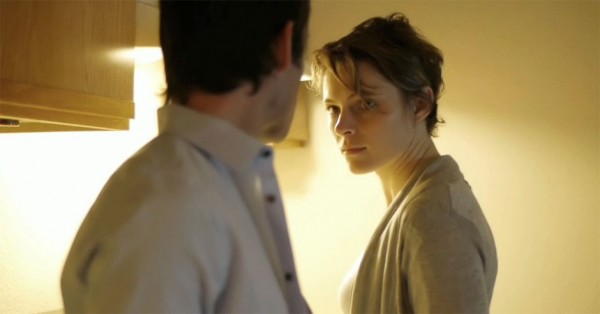 What I’m trying to get at is that this is film at it’s very best, because there is no other way to do something this experimental. A former software engineer, Carruth must understand the value of the scientific method of Hypothesis, Testing and Analysis. His Primer tested his theory on filmmaking, it is raw and unrefined vision of… something. He took a lot of time between projects fine tuning what worked and what did not. So, if one considers Primer the “Graduate School” thesis then Upstream Color is his “Doctoral” thesis into the school of filmmaking. Beautiful, fittingly-paced and pulsating with the emotional beats of existence itself. I don’t want to go as far as to say this is 2001: A Space Odyssey for our generation, but that this has gotten that kind of conversation going is an achievement in and of itself.

I don’t have all the answers for you about what is it all about, and I wouldn’t give it all away anyway if I did. I could continue to relay the entire synopsis of the plot to you, but that wouldn’t do anyone any good. This is an experience to be had unfiltered without any preconceived notions on storytelling and film. I liked Gravity quite a bit and it is deserving of all the praise it gets (especially for it’s cinematographer Emmanuel “Chivo” Lubezki) but for everyone that thinks that is the ‘future’ of cinema have a look at this little wonder right here, this is the future and it couldn’t be any brighter. 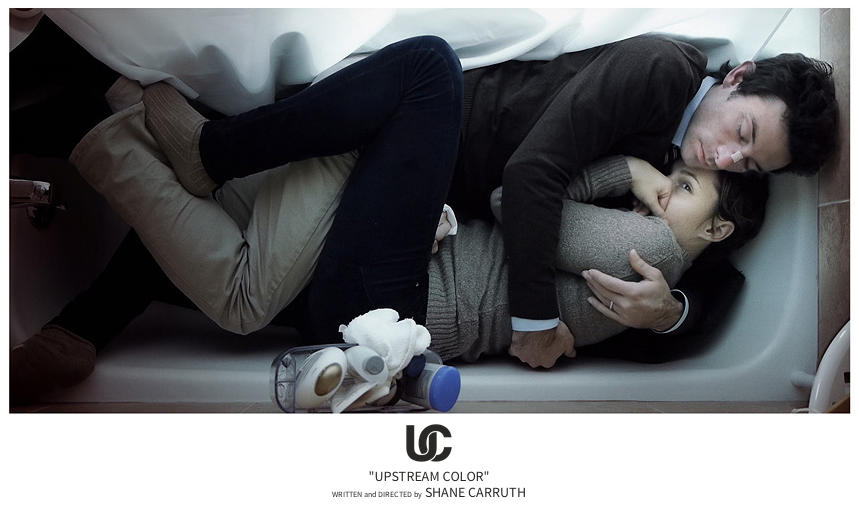 10/10 (Even if it takes time to catch on, everything eventually flows downstream)