Every writer from Shakespeare to Mamet will give you the same kind of gist: “Keep It Simple Stupid”. The Dardenne Brothers, Jean-Pierre and Luc, prove this time and again in their filmmaking and emphatically with their most recent project here. 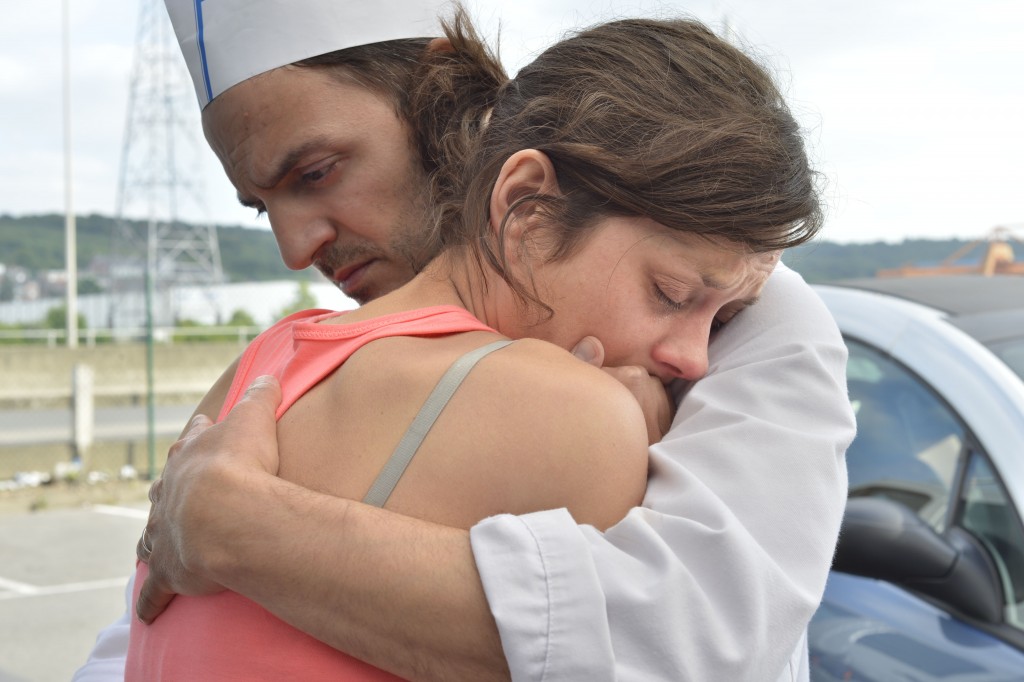 Marion Cotillard continues to yield outstanding and resonating performances in brilliant greatly under-seen foreign gems. She has received acclaim this year for her powerful work in The Immigrant, but it is in the contemporary drama here with Two Days, One Night that she shines brighter giving a standout performance in a crowded year. Sandra is a Belgium woman working at an Solar Panel factory recovering from a debilitating emotional breakdown, the most recent result of her clinical depression. She receives a phone call from her foreman Friday morning that she has been let go because of a coworker’s vote to have their year-end bonuses rather then keep her on the payroll. Sandra is devastated but learns that she has a chance to keep her job if she can convince a majority of her co-workers to forsake their bonuses in order to let her stay on. Encouraged by her husband and determined to not let her kids down she embarks on a weekend odyssey.

That is really it in terms of the plot, just Sandra going door-to-door begging her various co-workers to take pity on her situation. Simple, to-the-point, focused and endearing because of all that as it allows for audiences to impart their own impressions onto the situations the characters are going through because they are wholly relatable. Simplicity gives audiences breathing room to have their own thoughts on the story presented on-screen, as a result we are more engaged with our lead and her journey of reconstruction and self-discovery. It takes great filmmaking skills to render stories this relatable and naturalistic, and the great Dardenne brother duo show their unique understanding empirically yet again.

As with their previous great slice-of-life gem The Kid With A Bike, the duo focus on rendering gripping naturalism in their work. Nothing sensationalized or ostentatious, just letting their characters breath and be people. Not as easy as it sounds, as the prevailing take on film is that the medium itself automatically sensationalizes and glorifies the subject material to an exponential degree whether because of the beautiful photography, concise narrative structure and/or the good-looking people that tend to populate the screen. With the Dardennes nothing is over-glamorized, stylized or staged; indeed most of the scenes in their latest look to be improvised on the spot. Furthermore, the two succeed in making someone like the vibrant Cotillard look absolutely haggard and at wits end. This naturalistic approach has served many a filmmaker well in the last decade, and has become really a welcomed style in and of itself. 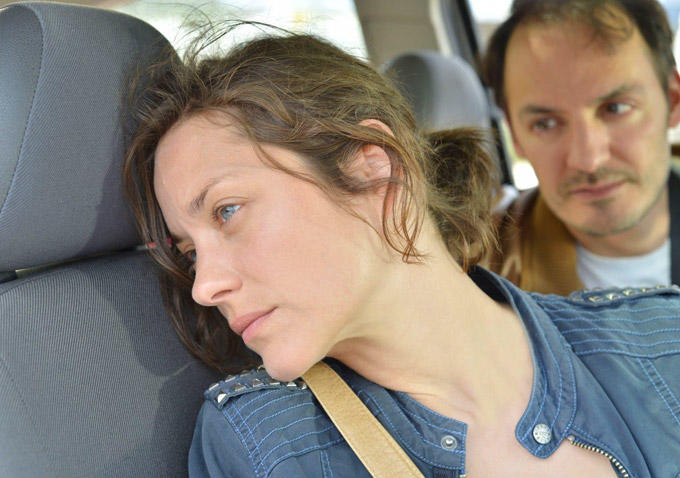 However, without the considerable talents of Cotillard a film such as this one wouldn’t be successful to the same extent, the actress proves why she is one of the best working actors today seemingly with every newest challenging role she takes. Here she has to balance determination and vulnerability on a fine edge. She is embarrassed of her breakdown and now doubly so because she is forced to go door-to-door like a beggar asking for handouts. Indeed, the first time we see her smile is a monumental personal triumph, as her demons weigh on her constantly and are omnipresent in all her daily actions.

Two Days, One Night was a hit at last year’s Cannes Film Festival and is more than deserving of the praise it gets for its star and filmmakers. It is a pity that it’ll be buried in its distribution state-side with all the other awards bait movies getting released along side this. Out of the so-called ‘Prestige Dramas’ that are populating the theater screens right now, like Theory of Everything and The Imitation Game, none can compare to the emotional power in one of the many scenes here where Cotillard’s desperation is conveyed unnervingly well and real. Most movie-going audiences don’t go to movie screen for ‘real’ I understand, it is just that emotionally gripping and about-our-time movies like this should be the ones much more considered for awards recognition and the title of ‘Prestige Dramas’, what ever the hell that phrase is really supposed to mean. 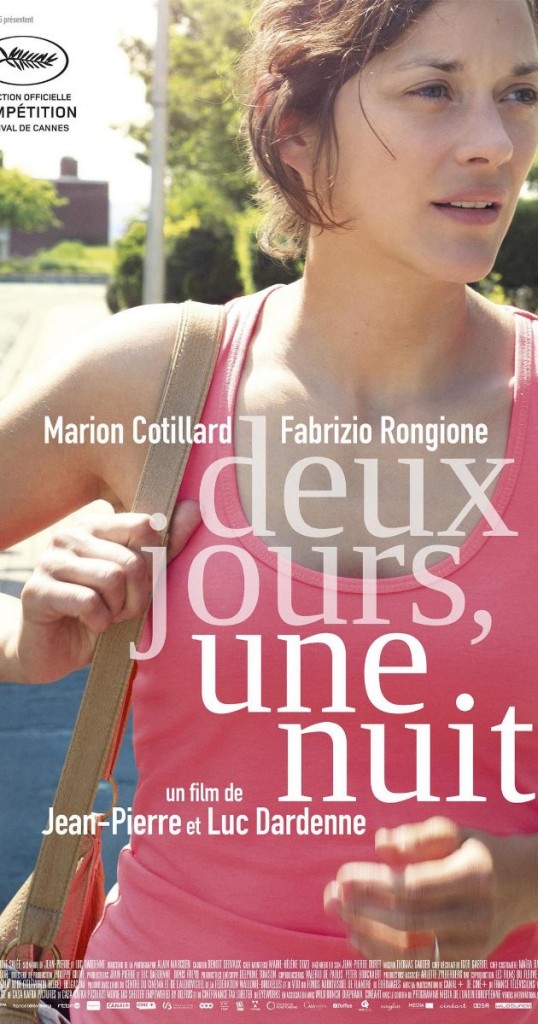 9.5/10 (The Dardenne’s And Cotillard Expertly Guide Us Through A Tale Of Desperation, Personal Redemption And Contemporary Struggles. With The Actor Delivering Yet Another Outstanding And Understated Performance)