With the best in narrative films of 2015 being spoken earlier its now time for the documentary format to have their day in the sun. Just as with the Narrative films the documentaries that shined brightest last year featured many various subjects and wide-ranging stories around the globe. And as with every year gripping complicated real-life stories were told by many diverse filmmakers lending their talents in helping to better relate them to audiences. 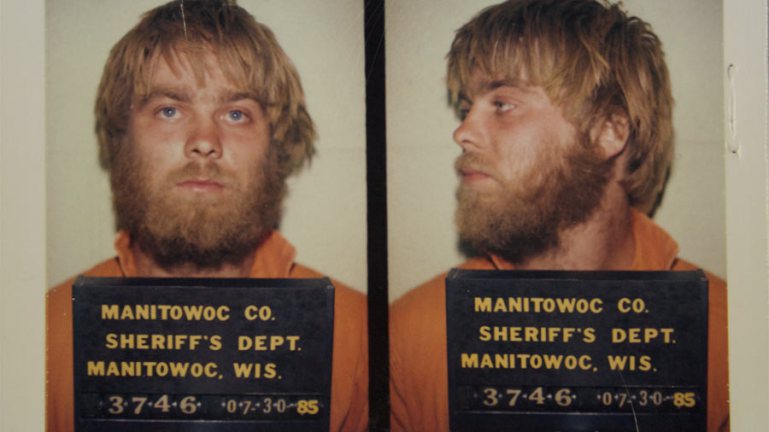 It would be impossible to talk about last year in documentaries without mentioning Netflix’s absorbing, revealing and shocking 10 hour true-crime drama centering on the trail of Steven Avery and his teenage Nephew Brendan. Moira Demos and Laura Ricciardi’s all-encompassing series covers ten-years of litigation and investigation into the murder of Teresa Halbach. The police belief beyond a shadow of a doubt that Steven Avery, a man previously exonerated by DNA for a different crime, is the culprit. What the filmmakers document step-by-step is the unraveling of the shaky narrative created by the police and D.A office. A courtroom drama every bit as nerve-racking and frustrating as any made for the big or small screen in recent years. 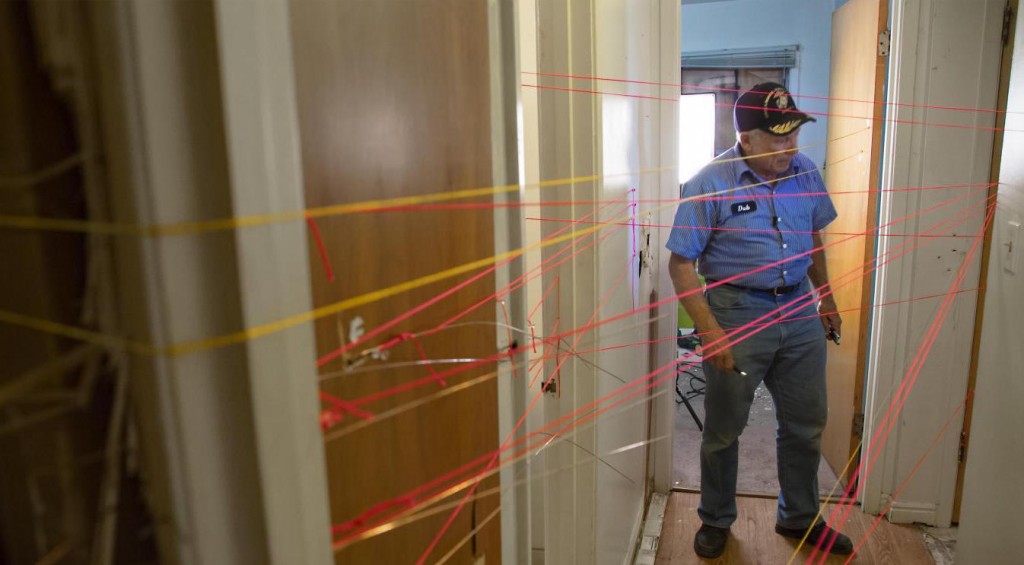 As the issue of the over-militarization of US law enforcement agencies begins to hit news cycles ‘Dub’ Lawrence, a retired Utah Sheriff, was piecing together the circumstances that led to his own former department of the SWAT police force killing his own son-in-law in a tense confrontation. Lawrence created the specialized department himself, troubling him to no end and seeks to find out answers about the event that lost him a close family member. His tireless investigation helps to shed light on the increasing militarization, using military surplus weapons and gear, of many local police departments in the United States. While also chronicling the change in attitudes for law enforcement departments, from peace keepers to seemingly occupying force. 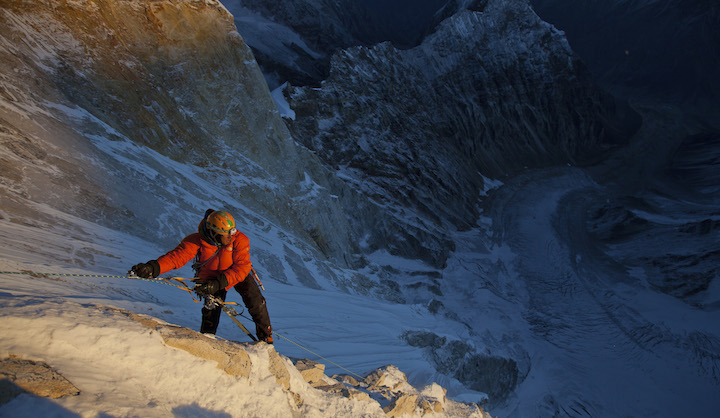 Worldwide it is Everest that may receive the most reverence and awe in terms of the ultimate feats department for mountain climbers, but it has the distinction of actually having been scaled and climbed. Meanwhile also in the Himalayas, the peak of Meru is the smaller yet no less dangerous and perilous cousin that had yet to be conquered by anyone. The climbing team of Conrad Anker, Jimmy Chin and Renan Ozturk sought to be the first climbers to do so; braving far below freezing temperatures, scaling a vertical wall of collapsing rock and ghosts from their past climbs. The trio’s adventure together is an unforgettable glimpse into the unbreakable will and determination that is present in some people. A breathtaking journey as visually thrilling as it is emotionally. 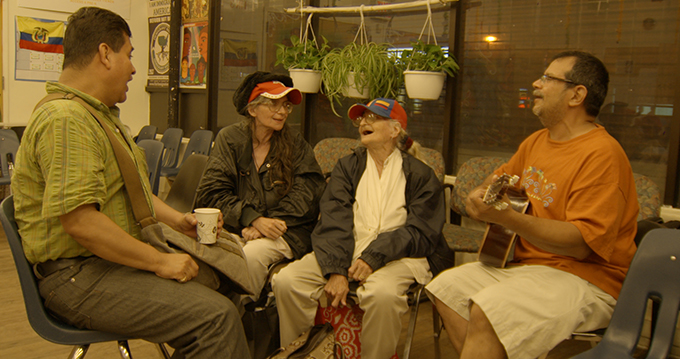 Frederick Wiseman’s engaging entry this year is a marvelous person-to-person 3-hour film mosaic of a multi-cultural co-existence in the tiny section of New York City named Jackson Heights. Wiseman’s omi-present camera moves from one person’s story to another in this cross-sectional document of the melting pot that is this distinct area of NYC. Different customs, languages and beliefs all blending together to form a vibrant community full of delightful characters, relatable situations and unforgettable interactions. The filmmaker proves he is still in rarified air well into his Fiftieth year of his astounding and masterful career.

7). Going Clear: Scientology and the Prison of Belief 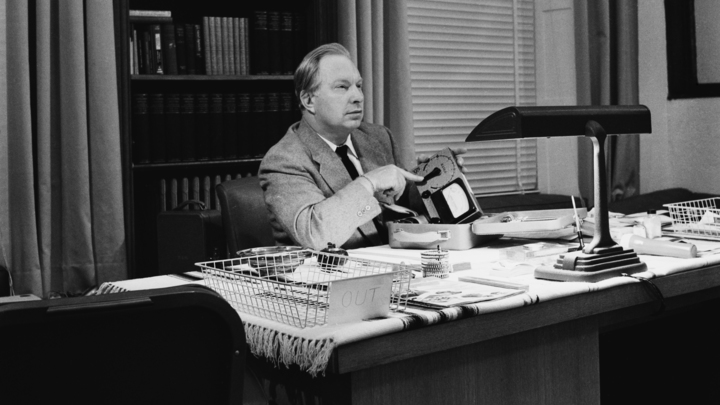 Prolific documentary filmmaker Alex Gibney’s stunning exposé on the history and impact of the Church of Scientology provided a wake-up call for many detailing the infamous organization’s manipulative methods and tactics. From L. Ron Hubbard’s dubious past as the founder of Scientology to present-day CEO David Miscavige’s gross mistreatment of his staff and underhanded business practices. Throughout the run-time we are given first-hand accounts from former high-ranking members that have left the Church feeling like the proverbial wool had been pulled over their eyes for years, even decades in some cases. What emerges is that Gibney is able to discover the the absolute need to be a part something ‘bigger’ than yourself, with the ends disturbingly justifying the means. 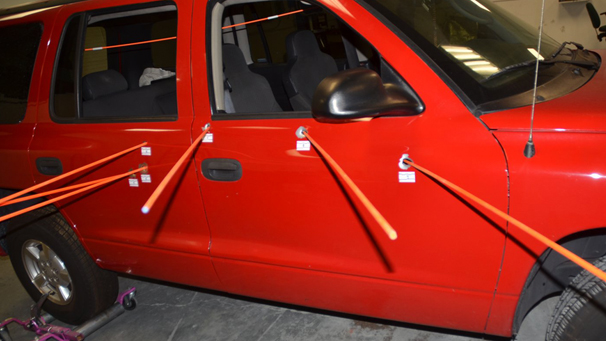 Black Friday, 2012, Floridian teenager Jordan Davis is parked in a Jacksonville gas station along with his friends playing his music on the speakers when Michael Dunn pulls up along side so his girlfriend can go in to grab some wine at the gas station. What happened next is a story that has become unnervingly all too common place in news headlines that of a young African-American being gunned down in cold blood. Davis’ family, specifically Lucia McBath, wants justice but faces an uphill legal climb because of the now infamous Stand-Your-Ground State law, Florida being the first state to pass it in 2005. Marc Silver’s poignant courtroom drama hits a cord rather timely to be sure, but the dissection and scrutiny of the unbelievably biased law in the face of a family’s quest for justice is undeniable. 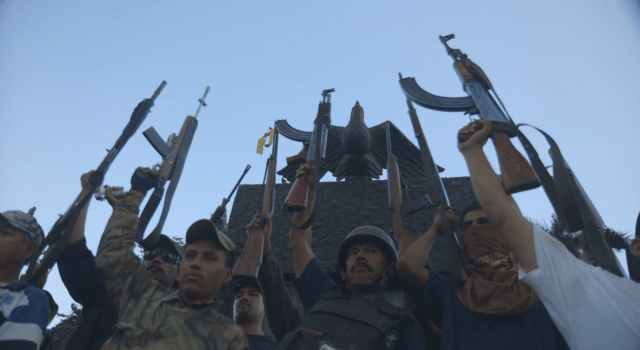 A perfect real-life companion piece to one of best films of 2015 Sicario is a stunningly first-hand perspective at the war on drugs and the conflicts along the border of Mexico and the United States. Matthew Heineman acting as both director and brave cameraman with Matt Porwoll on the project, take his audience on a journey into the heart of darkness that lies in the cartel war that has engulfed the Southwestern states and Northern Mexico. As towns in these border territory arm themselves against the treat of the merciless cartels, armed militias form in order to engage them, but how much are they helping and how much are they becoming cartel-like themselves is the uneasy question raised by the filmmakers. The answers come at a very high price for people trying live in the so-called “Cartel Land.” 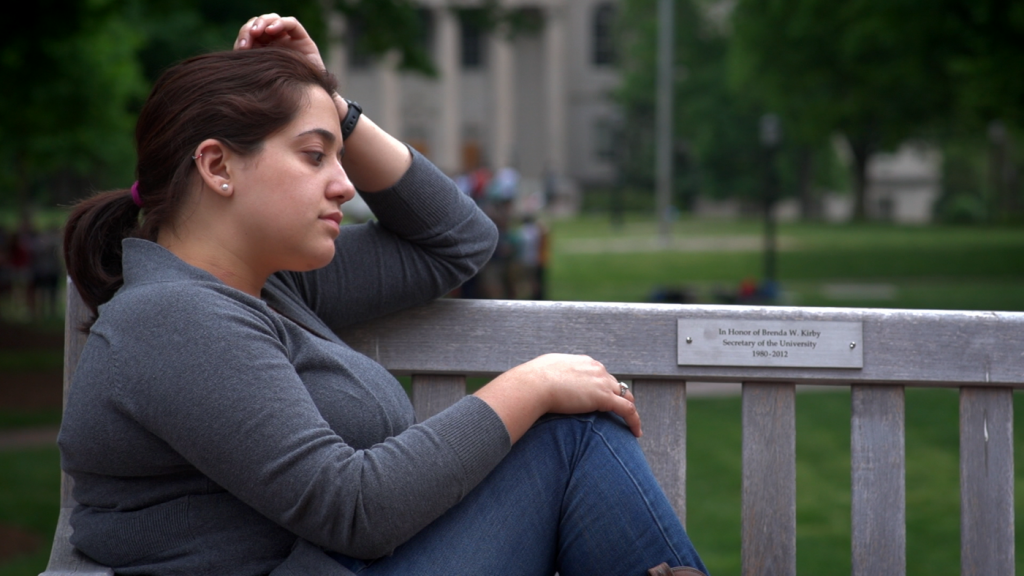 Like with Invisible War and the military a few years ago, Kirby Dick exposes another revered institution with Universities in their shocking ineptitude in dealing with allegations of sexual assault within their own jurisdictions. From campuses around the nation a startling epidemic emerges of a lack of investigation into reports of rape by their students, and the non-punishments handed down to even proven offenders. These untold stories of injustice and inaction are gathered by a team of survivors turned activists and support group for victims. A deeply unsettling piece on the failings of the administrations of higher learning on the one thing they were supposed to guide, protect and cherish. 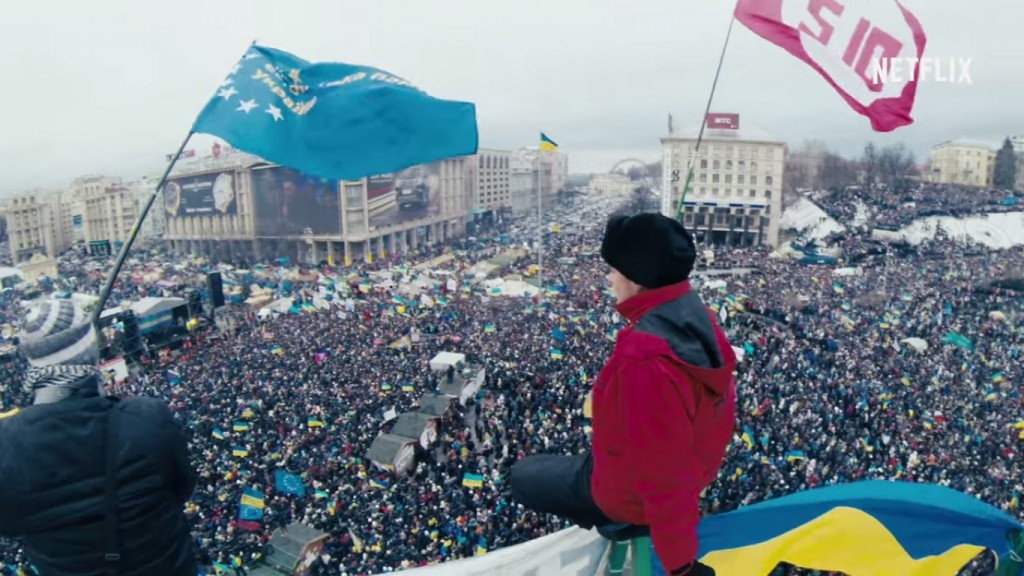 In the the later months of 2013 in Ukraine the residents of Kiev began to rally against their pro-Russian/anti-European Integration President Viktor F. Yanukovich. The state police forces were called upon to break up the demonstration. What followed was a 21st century Ukrainian Tienanmen Square, as protesters clashed with state riot police violently. An amazing amount of footage was captured by regular people on the streets as the civil dispute and number of protesters grew larger and larger. Effectively, a civil war was fought on the streets of the nation’s capital between the Pro-Russian government and the Ukrainian people wanting to further relations with the Europe Union twenty years after the cold-war. Additionally for conspiracy theory enthusiasts, The Russian Woodpecker examines the soviet history between Ukraine and Russia, focusing on the Chernobyl disaster. Giving an intriguing idea into the cause of the Nuclear Meltdown, while also criss-crossing and commenting on the events in Winter on Fire with uncommon resolve and passion.

2).The Look of Silence 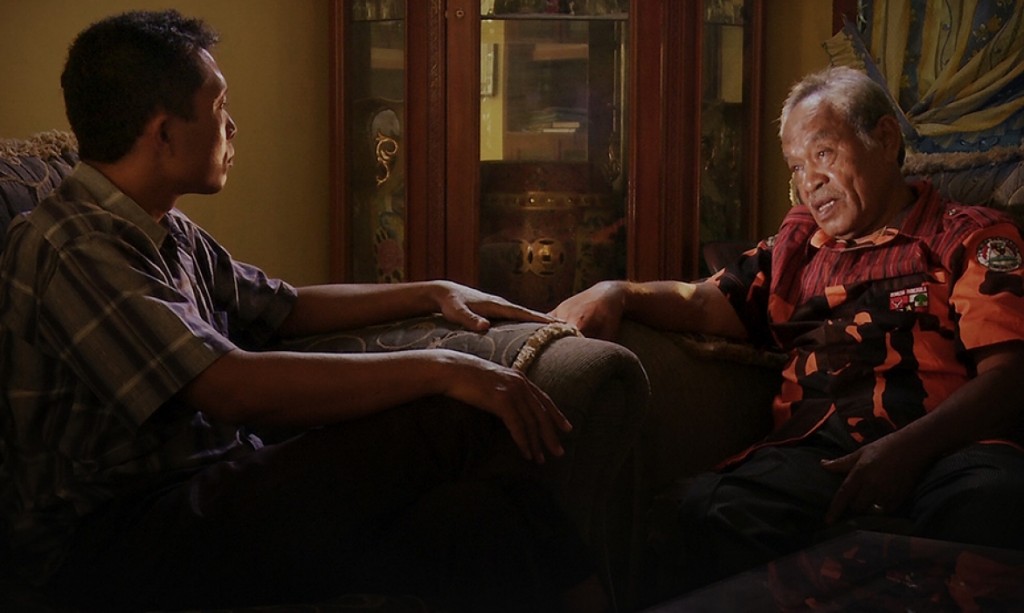 Joshua Oppenheimer’s The Act of Killing is one of the most grueling movies made in the 21st century, documenting the mass-killings of thousands by the Indonesian government in the 60’s by having the perpetuators reenact their roles for a ‘film.’ Brutally creative to say the least but his follow-up helps to further understand the sheer level of atrocity the Indonesian government inflicted on its people from the 60’s onward. Oppenheimer now focuses in on the story of Adi, an Optician whose brother was murdered by the regime seeking to find the reasons why by interviewing the people most responsible under the guise of fitting them for new eye-glasses. Adi coaxes the people he meets into divulging their most diabolic moments playing a part in the massacre of thousands. As he does we are privy the the true faces of evil, that of complete disregard of human life, and the true cost of silence against said evil. 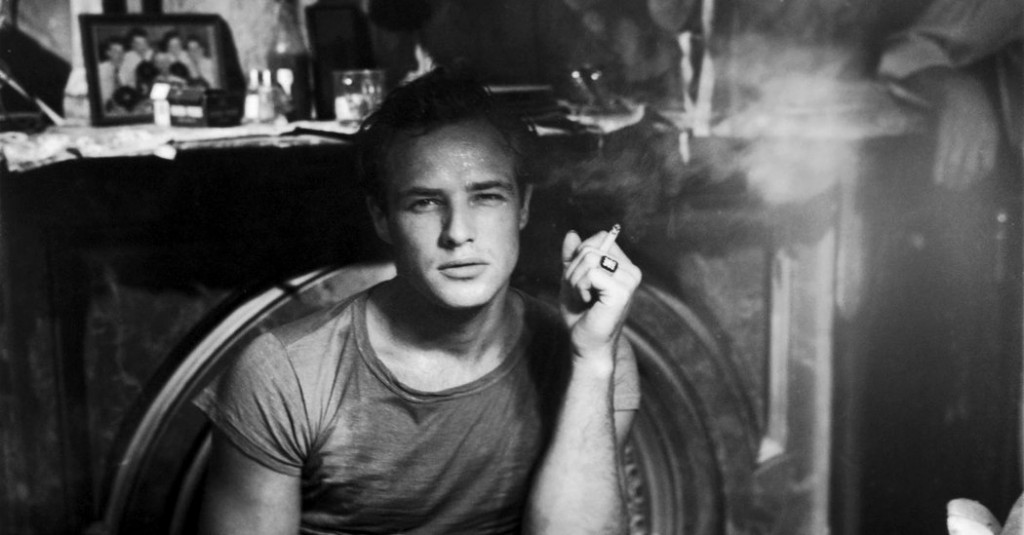 Marlon Brando: Actor, Filmmaker, Icon, Activist, Brilliant, Worldly, Conflicted, and Complicated. A man whose story lends itself to be told on film unlike hardly any other person. A by-the-numbers bio-pic I’m certain has been tossed around for years in the halls of Hollywood, but thankfully Stevan Riley took on this task with unique grace, poise and a careful editor. Armed with Brando’s own personal recordings at his disposal. A monumental task to say the least in sifting through the decades worth of material in order to render a complete-nuanced-palatable-rendering of the most revered and influential cinematic actor of all-time. One of the finest character studies of a single person ever put to documentary form, Listen to me Marlon is an engrossing journey into the thoughts and feelings of the man that changed the world of cinema for the better.