With all the things concerning fictional narrative films out of the way for 2014, lets get to the non-fictional ones as there were several to take in, discover and enlighten. Not unlike the fictional narratives many of the best Documentaries focused on the Now, what are we as people as this moment in time. Perhaps documentaries are in fact the best means of conveying the here and now in ways that don’t embellish or distort events to create dramatic arcs. However, as some of these features will show, real life can be one very much like one crafted by a screenplay.

Honorable Mentions: HBO Docs: The Newburgh Sting and 30 for 30: Hillsborough

Finding outstanding Documentaries doesn’t mean being regulated to the small independent theaters, they also can be found on the small screen. HBO Docs made a host of excellent probing documents of real life with Love Child, The Trails of Pamela Smart, Nixon by Nixon, and Terror at the Mall, but the best is the chronicling of a dubious FBI counterterrorism sting operation in an impoverished Upstate New York town of Newburgh. What is documented is nothing less than a devious exercise in entrapment of a group of young people by the FBI’s informant program. ESPN’s 30 for 30: Hillsborough uncovers a crime of negligence and cover-up by investigators spanning decades in the Hillsborough Soccer Stadium disaster in 1989. Rendering an engaging and emotional piece on a people’s unending fight against injustice. 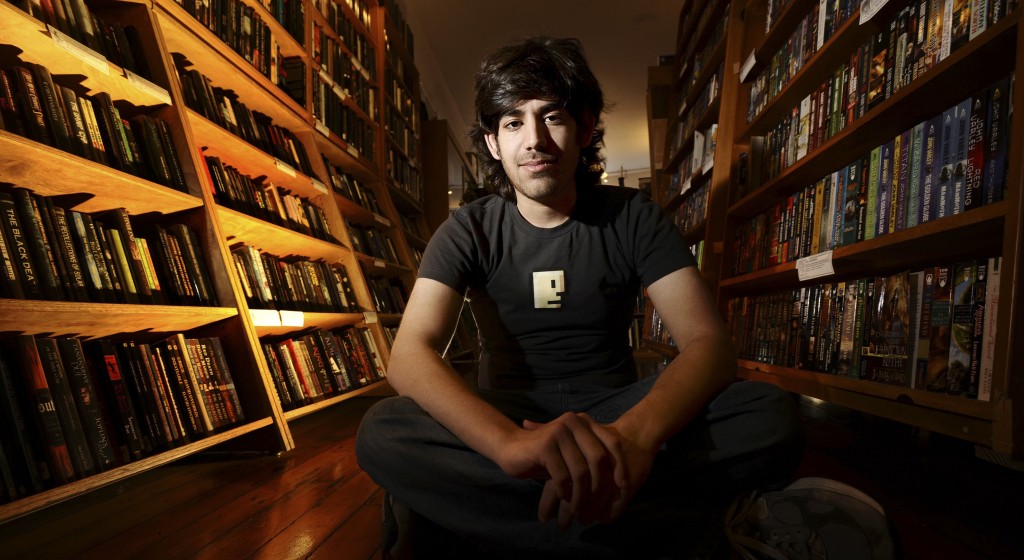 Aaron Swartz was a digital age prodigy, a genius-level web programmer with the firm belief that the internet could be the ultimate tool for progressivism and communication. Although his life was cut tragically short his impact on the current internet-centered era is immeasurable. As outlined in this moving portrait of his life as he sought to fight to keep the internet as the easily accessible medium that could be used by anyone to learn about and understand the world around them. Unfairly labeled as a Profiteering Hacker Swartz remained determined to keep the internet as it is today, a free platform devoid of monetary or social status biases. A figure truly of his time, lost sadly far too early. 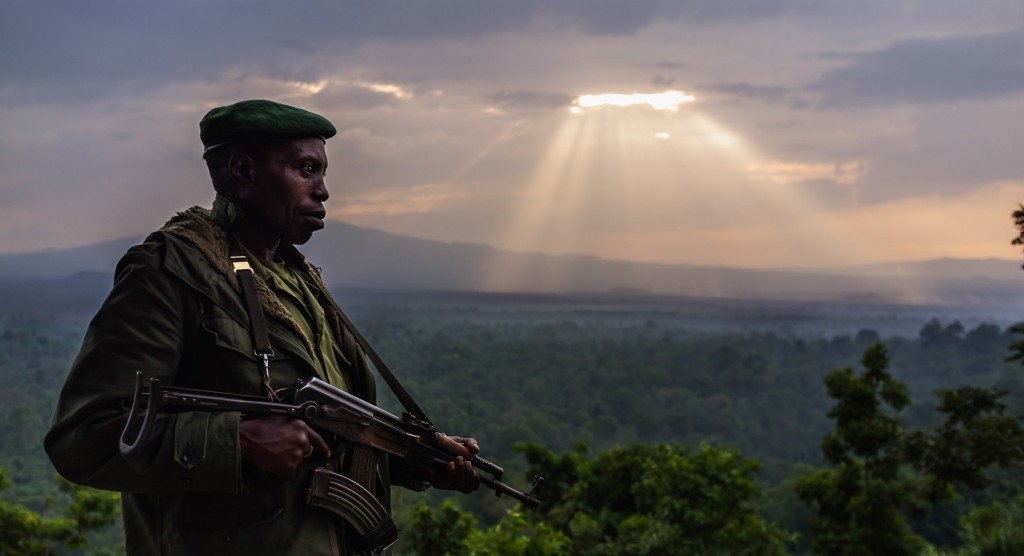 This oscar-nominee provides the best example of unblinking documentation and spreading the word of underreported harrowing stories around the globe. Virunga is a wild-life preservation located in the turbulent Democratic Republic of Congo, guarded by fearless park rangers who put their lives on the line defending the land from violent insurgents tearing the country apart. At great risk are the endangered African Gorillas who life inside the confines of the park. Serving as an unflinching inside look at the treacherous socio-political climate in several African countries today. Additionally, it is a conservation piece on keeping the beauty of earth’s natural wonders intact and untainted. 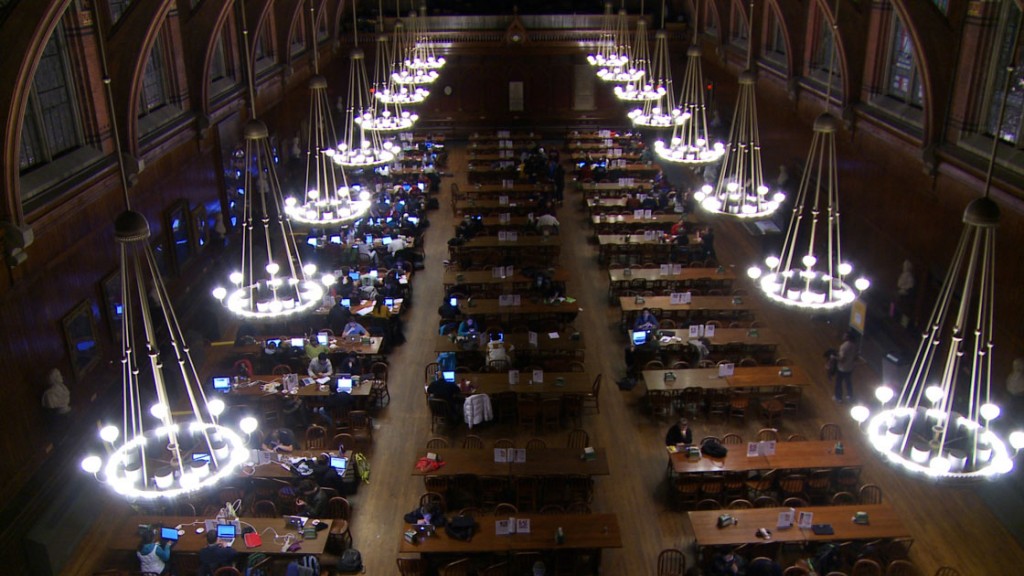 With College Degrees becoming ever more important and unavoidable to a successful career, the filmmaker’s behind Ivory Tower would only like to ask what exactly are students getting out of retail priced education. Spanning several campuses and many students currently enrolled in various programs around the country. Not unlike Frederick Wiseman’s At Berkeley  two years ago in its dissection of the institution of higher education, the film analyzes the numerous problems, financial and practical, inherent with the powerfully influential College system today. 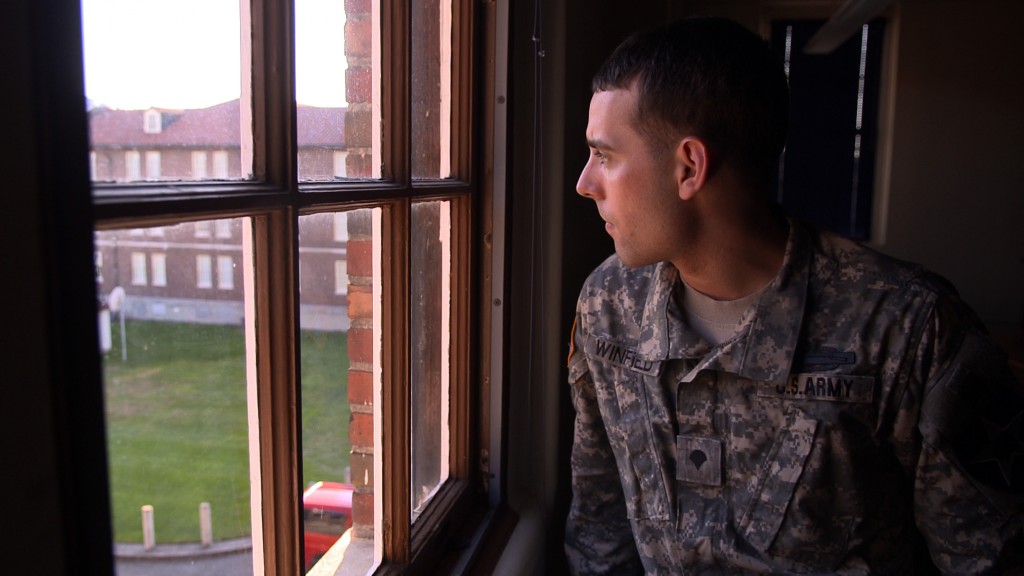 In 2010, the media caught wind of a group of 11 American soldiers in Afghanistan that sought to murder Afghani civilians for seemingly sport on a so-called “Kill Team”, this film documents the story of how the military and the men that were on that squad dealt with it afterwards. Centering on the accounts from whistleblower of the team, Private Adam Winfield, director Dan Krauss depicts in graphic detail the incidents that the group perpetrated while in Afghanistan. Empirically showing how hard it is to speak up against your peers, The Kill Team is a engaging story of how hard it can be to do the right and moral thing in the face of absolute unquestionable authority.

The maddening Sci-Fi acid trip that never was, as filmmaker/60’s reject/surrealist Alejandro Jodorowsky chronicles his failed journey to produce the epic space opera adventure to end all adapting Frank Herbert’s seminal work to the big-screen. Through original concept art and Jodorowsky himself talking in depth about his passion project the grandeur and scope of this undertaking is fully realized in spectacular hallucinogenic form. Though we will never get to see the director’s true vision on the silver screen, the movie served as a testament to the surprisingly far-reaching influences in the medium of a failed passion project. 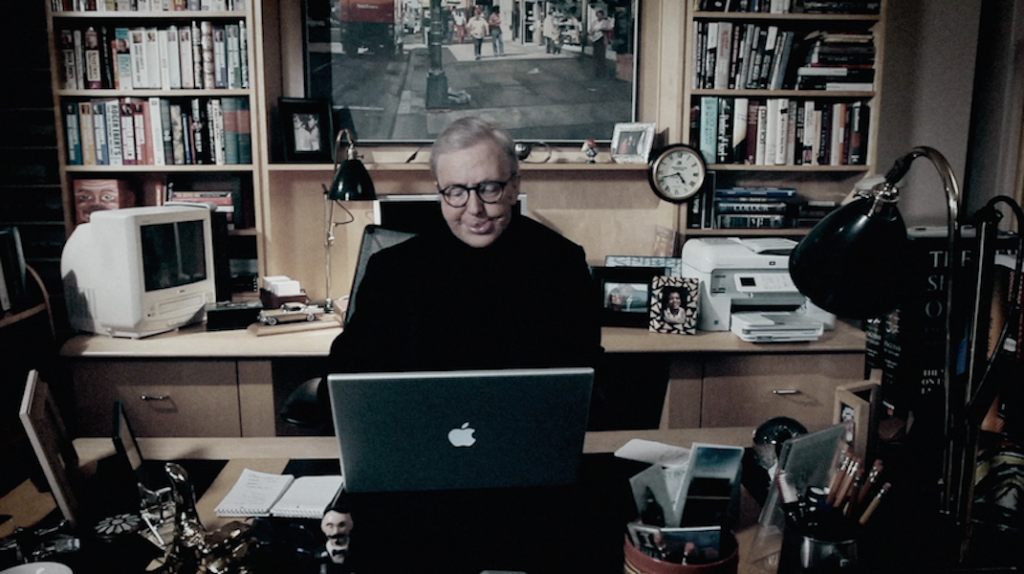 Roger would’ve been be proud, and that is praise enough for the incredibly moving documentary of the man’s life and achievements. The influential critic made a mark on many many a film lover (Including myself) and documentarian Steven James aims to show us emphatically time and again. Not just about the man’s career in film criticism, it also documents a life living with a vicious disease and the impact on the people closest in your life. Pulling no punches in showing us exactly what Ebert had to endure day in and day out, Life Itself renders a complete portrait of an icon of film, a true “soldier” for the art-form if there is any such thing. 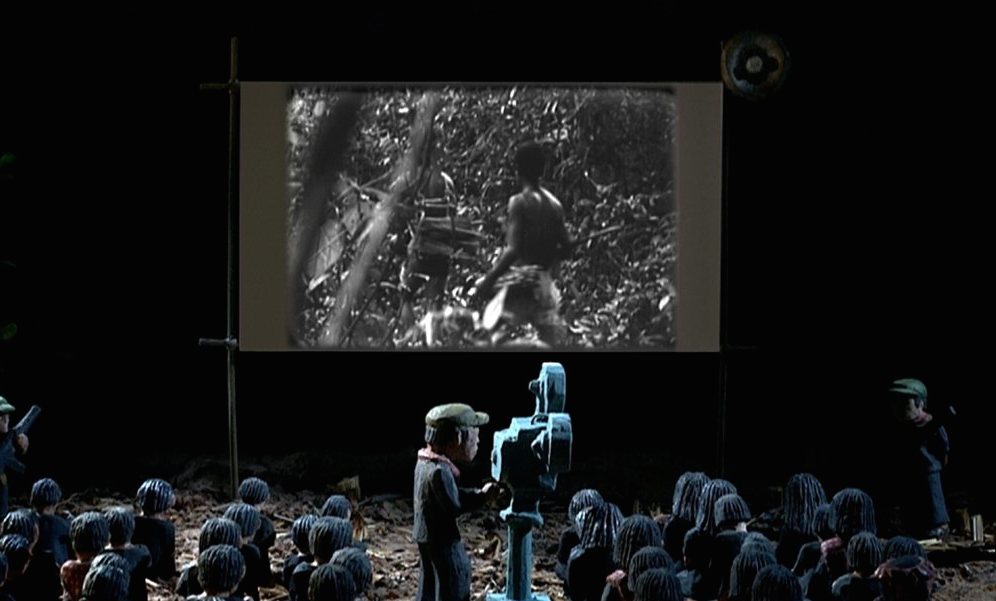 Cambodia’s Khmer Rouge regime from 1975-79 is the stuff of true horror and suffering, director Rithy Panh seeks to depict his story while subjugated under their rule during his childhood. An unflinchingly tragic account of cruelty and violent oppression, Panh’s recall of the period is a testament to a people’s need to have their story told. Since very little archival footage exists from that period, the filmmaker turns to clay figures to recreate a portrait of the regime’s worst crimes against his people. Providing us with a carefully poignant picture that is thankfully no longer missing. 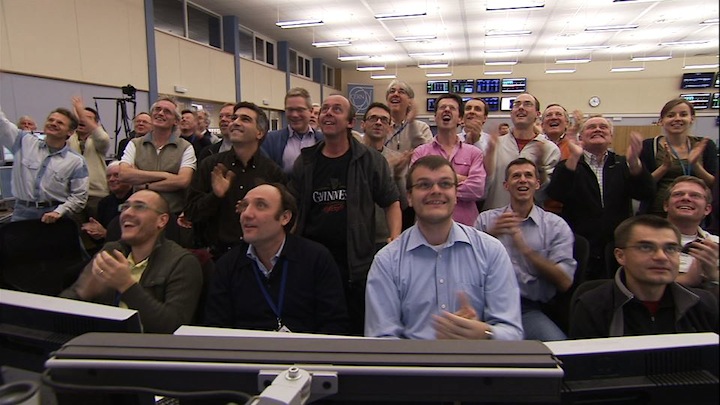 The 2014 films of science’s giants and pioneers Alan Turing and Stephen Hawking could not capture a single percent of the true nature, inspiration and adventure of discovery that Particle Fever documents. In 2007 the Large Hadron Collider in Cern, Switzerland was finally activated after decades of construction. The main goal, to find the building block of all matter and perhaps finally complete a model of our universe whereby we will have achieved a unique understanding of our reality. Lofty goals to be sure but the subjects interviewed in the film all believe that LHC is the best and only tool that can get us those goals. Even though the mathematics, physics and engineering may take a more involved understanding of science, the enthusiasm for discovery and determination to fulfill our curiosity are conveyed by all the various talking head subjects can be understood by anyone. 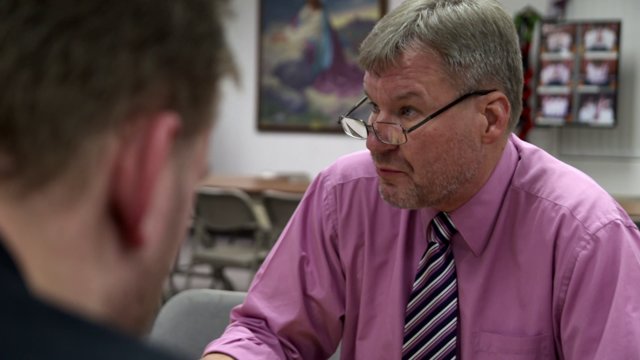 No other movie came out of nowhere to have the most surprising emotional impact of the year than with The Overnighters. In North Dakota, a recent reserve of oil was discovered leading to job opportunities in a weak economy, hundreds of unemployed from around the country descended onto the tiny town of Williston. The film begins to center on Pastor Jay Reinke as he offers his church and home as lodging to the new residents of his town, now called “Overnighters”. After some time dealing with the Overnighters the people of Williston begin to actively try to force them out, due to a increase paranoia of these strangers who come from all walks of life. The Pastor however, remains the Overnighters biggest supporter in Town due to reasons gradually revealed. The revelations that the filmmakers discover in with this small town Pastor are downright shocking. All the while, the impossible situation that the Williston finds itself in acting as a macrocosm of America as a whole as it forges ahead through a rough economy. 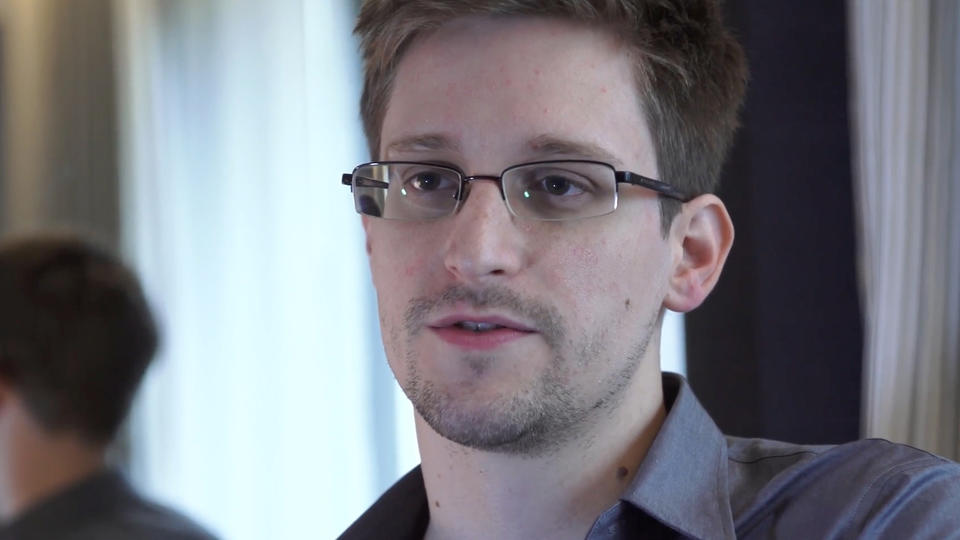 Like being in the parking garage with Woodward and Bernstein as they meet with their contact Deep Throat, filmmaker Laura Poitras takes us right as the most impactful whistle-blower in recent American history outlines and details the inner-workings of the NSA’s far-reaching, extensive and unconstitutional surveillance program. In numerous interviews throughout, Edward Snowden himself explains the shocking intricacies of the invasive program and how he is taking to his newfound status as a wanted man by the American Government. Reading more like a Bourne spy thriller towards the conclusion, even though we already know the outcome. As stirring, engaging and crucial film as any other released last year, expect Poitras to be on that stage accepting the best documentary statue next Sunday.