And we’re at the halfway point in this generation defining countdown. Many of the biggest names in film history are to follow, plus some you might not have known about, interestingly enough all of the following films talked about are in glorious black and white celluloid. Click the embedded links for the previous Part 2 and Part 1 in the series.

40). Jack Lemmon in Days of Wine and Roses

This being the Mad Men era, the booze was flowing freely and easily to say the least. Social drinking become the Standard Operating Procedure for many and could easily turn into a dangerous and destructive addiction, but alcoholism was a subject not in the common vernacular at the time. Enter Jack Lemmon to shockingly render it to the big screen with uncommon tenderness and heartbreaking honesty. Truly, one of the man’s finest hours on-screen in a long outstanding career. For a notably different, but no less impactful, take on the rigors of the disease Louis Malle’s grueling The Fire Within is also highly recommended.

39). The Battles of Egos Between Joan Crawford and Bette Davis in Whatever Happened to Baby Jane? 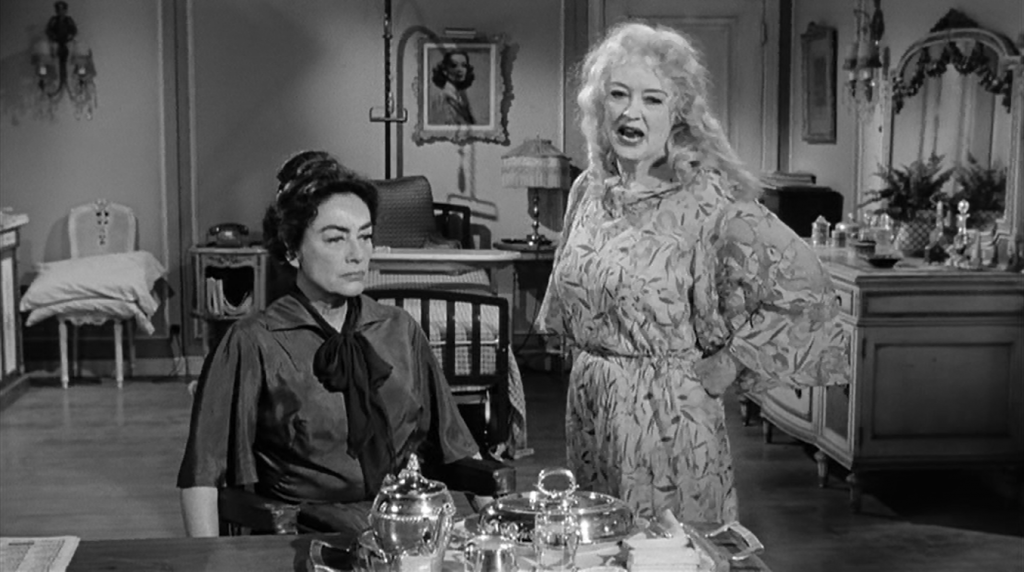 Tinsel Town pitting Diva vs. Diva has served many headlines in the tabloids over the decades, none as nearly vicious or heated as the opposing egos of Joan Crawford and Bette Davis. Put them together on-screen as siblings fighting over years of emotional turmoil in show business and you have a recipe for great sparing sessions between the two legends. Each one trying to bring the other down to their level of angst and bitterness forged over years of having to put up with one another. The off-screen relationship between the two stars is well-documented as being antagonistic to say the least, and it seemingly helped focus the on-screen pair into delivering some of their finest works. Rendering an unsettling story of what happens when someone, or a pair, holds a grudge for far too long.

38). The Corruption and Retribution in The Bad Sleep Well

Kurosawa again like in High and Low sticks to 60’s contemporary Japan with his corrupt corporate thriller about a vengeful son of an employee driven to suicide driven on getting back at his father’s former greedy co-workers. Getting away from the sword and samurai epics to again concentrate on the class struggles in contemporary Japanese society, the master filmmaker meant to shed light on the growing level of uncontrolled greed in the business class. A thriller with an ending that you won’t see coming from a mile away. 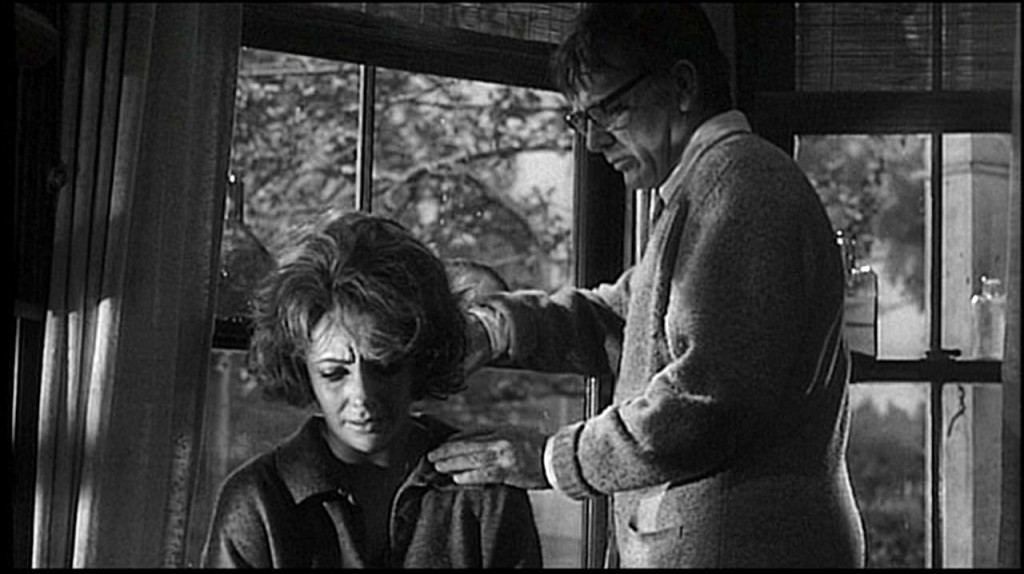 The Late Great Mike Nichols’ debut film packs an emotional wallop, with heavy hitters Elizabeth Taylor and Richard Burton acting out a crumbling relationship (perhaps drawn on real-life) on screen. Two academics at a prestige college bicker and berate the other may not seem like good cinema, but when they’re played by the on-again off-again coupling of Taylor and Burton it is a verbal and psychological showdown for the ages. The disillusionment felt when two people romantically involved are going through a crisis they’re both unable to process is palpable in the performances. Especially from Taylor giving a career best as Martha, gaining some 30 pounds for the role and seemingly a few decades worth of weariness as well. She drinks, bashes and laments a life of regret only a talent like hers could’ve conveyed so frankly. 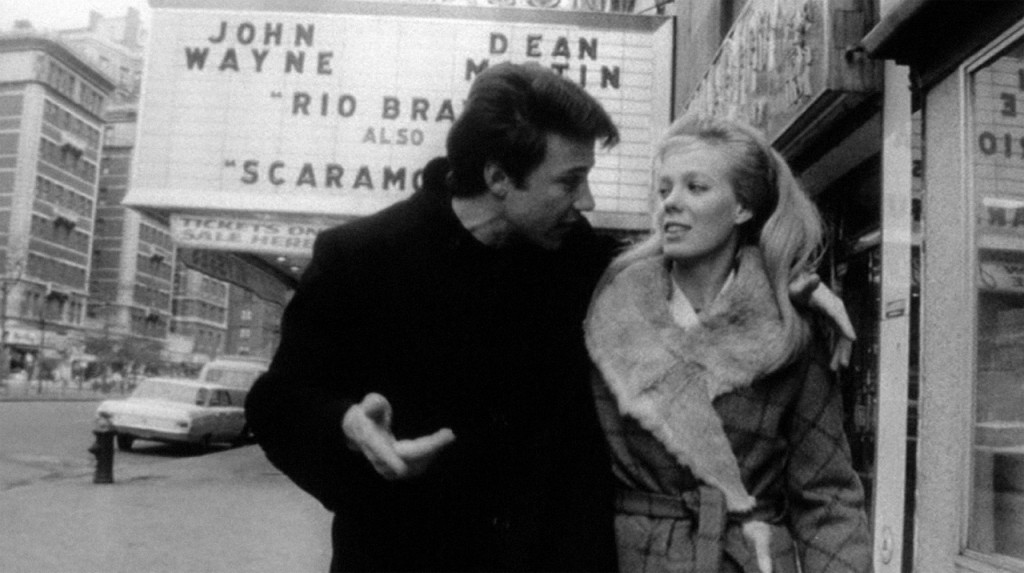 It was the French Novella Vague (New Wave) that took the era by storm, but as always happens in film another was cresting right on the horizon. Martin Scorsese, Frances Ford Coppola and Brian De Palma took everything they admired from what France and the rest of the world was doing in cinema and brought it to American filmmaking. All three of them, including others, began to take on the cinematic landscape in the late 60’s and nothing would be the same afterwards. Scorsese in particular with his Who’s That Knocking At My Door? made his style and characterizations impossible to deny with just his first feature. Harvey Keitel, who would become a Scorsese regular in the following years, plays J.R a man coming to terms with the troubled past of a girl he has just started to court. Though amateurish by the standards the director would set for himself in the future, the film is a fine first effort and put the rest of the movie world on notice as to who would be leading cinema in the 70’s.

35). Richard Burton in The Spy Who Came in From The Cold 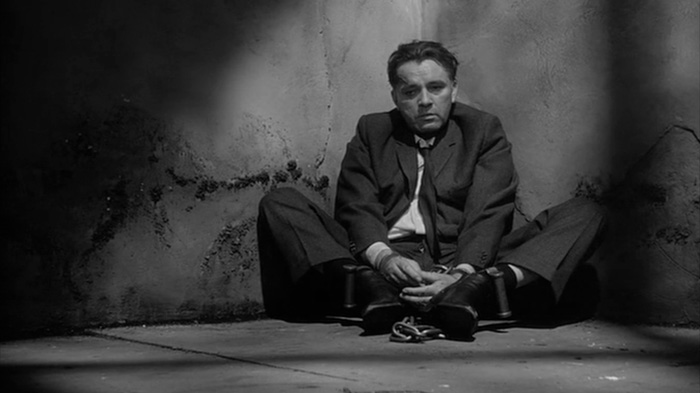 With the Cold War coming straight to forefront of the public’s greatest fears nations began gathering secrets on the other’s game-plans, sending covert agents worldwide to find an edge in this war of information and misinformation. When former Secret Agent John Le Carré’s novel The Spy Who Came in From The Cold was adapted into a feature film Richard Burton was tasked to fill the part of an enigmatic British spy defecting to the Soviets. Burton portrays Alec Leamas, a burned out agent trying to find his place in the conflict, with a world-weariness hardly ever seen. Burton much like in Who’s Afraid of Virginia Wolf is beaten down by life, although here he doesn’t have his wife to play against. Much of the role is isolated carrying the film by himself, and the performer delivers in his typical dedicated fashion.

34). The Need For Vengeance in The Virgin Spring 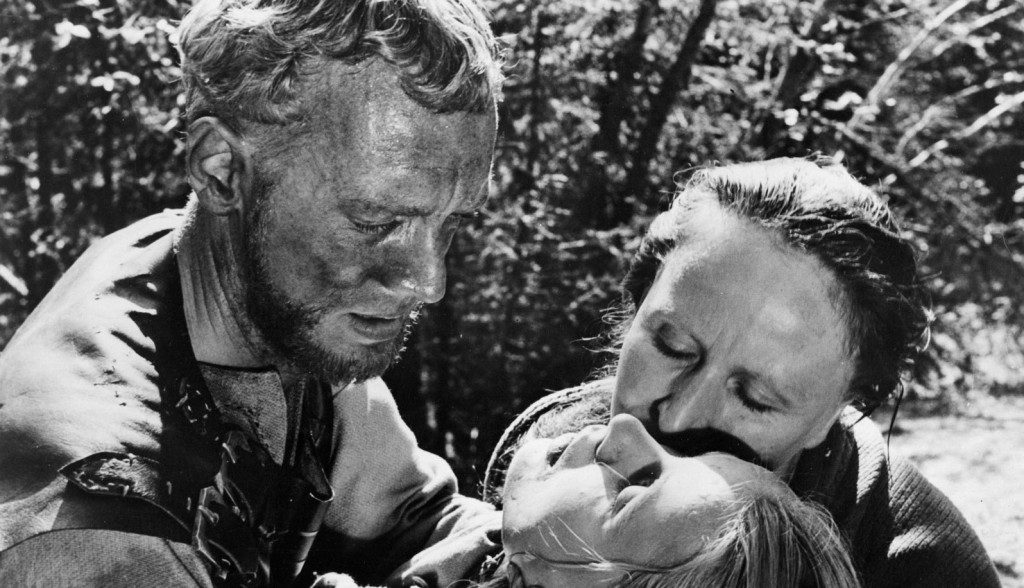 Perhaps the most widely known work of the Swedish Cinematic master, Bergman’s tale of vengeance has influenced many a filmmaker, including the late Wes Craven, since it’s release. Shocking and startling for its time, it still today holds up as a revenge tale like no other as one of the defining films of the genre. Max Von Sydow plays a Swedish farmer whose Daughter is brutally raped and murdered by a gang of thugs, who just happen to wander right to his front door after said incident. What follows is Sydow methodically slowly breaking down his character’s ethical nature to exact a primal need for bloody retribution.

33). The Persistence Of Memory in Last Year at Marienbad

Alain Resnais’ ode to the surreal nature, failing and persistence of human memory is one of the most gorgeously and magnificently shot of the decade. Featuring two people aimlessly trying to remember if they had ever met the year before at Marienbad, a mysterious chateau situated in between dreams and reality. As sublime a journey into the frailty of the mind as well as its unending power to fill in the gaps with pure imagination.

32). The Claustrophobic Fears of The Birds and Woman in the Dunes

This double feature in the dark psychological features two prominent filmmakers of the era in Alfred Hitchcock and Hiroshi Teshighara at the tops of their games. With The Birds old Hitch took a B-movie plot and turned it into classic horror-movie gold, that of all the birds in a small Californian suddenly start attacking the residents. Consider it a proto-zombie film, where an unexplained force of nature starts attacking an unprepared populace. While with Teshigara’s unsettling psychological horror film an entomologist finds himself trapped in a pit of sand with a crazed local woman whose day consists of shoveling the sand so that it doesn’t fill up the pit. The guy eventually finds himself gradually succumbing to his surroundings, a transformation that reveals a disturbing demented look at settling into a life-style. Both features taking the bizarre and turning it into pure claustrophobic paranoia.

31). The Unflinching Camera and Audacity of Titicut Follies 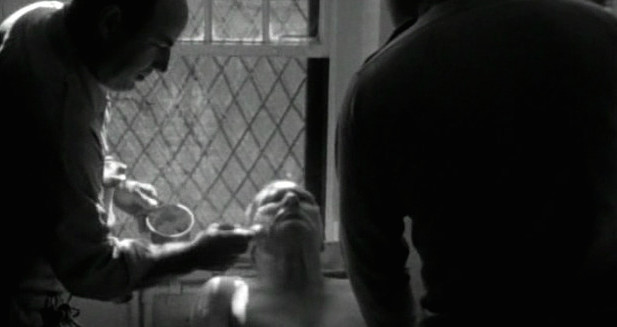 Well, I’m certainly not pulling punches this entry. Frederick Wiseman is an icon of Documentary Filmmaking, and his first work help to cement his status from the get-go of being an unabashed filmmaker with an unblinking lens. Deciding to take on the subject of how American Institutions treat the mentally ill, Wiseman took his camera into the Bridgewater Correctional Institution in Massachusetts to document this. And audiences couldn’t believe, or un-see, what he captured on film. It is best left for someone to discover on their own what Wiseman documented, be forewarned this is stuff not for the faint of heart. To be sure, this is no easy sit. Though hard to stomach, the filmmaker helped to legitimize the documentary art-form, with his fly-on-the-wall camera and fortitude to never turn away, something that he continues doing to this day.

There you have it, 30 moments down and 30 more to go, I’m sure you can’t wait for the next articles in the series and I’ll try to not disappoint. We’ll have a loaded field with Newman, Karina, Gladiators and Cowboys next time, stay tuned for all of that and more in the next installment.