Upon being so taken after seeing Hayao Miyazaki’s The Wind Rises, I have found out that out of all film genres Animation is one of my absolute favorites. It was one of the first art forms I took seriously as a young child. It fits one of my major criteria’s for best use of the film medium, it couldn’t be done in any other art form, with stage or written works. From early on with the Mickey Mouse shorts to the Pixar and Studio Ghibli Masterpieces of today, they have provided all of us with some of the most memorable characters in cinematic history. As animation turned to doing more complex stories its characters also grew in nuance and emotions. They were no longer comedic stereotypes, but fully-fleshed out characters with every bit of humanity infused in them. No longer just lines on drawing paper, animated characters were now very much real and life-like.

My criteria excluded movies that had CGI animated motion capture characters i.e Lord of the Rings, Avatar, Rise of the Planet of the Apes. Those had the framework of a real-life actor’s performance, the ones listed here were completely animated made from scratch, pure creation on the part of the filmmakers. 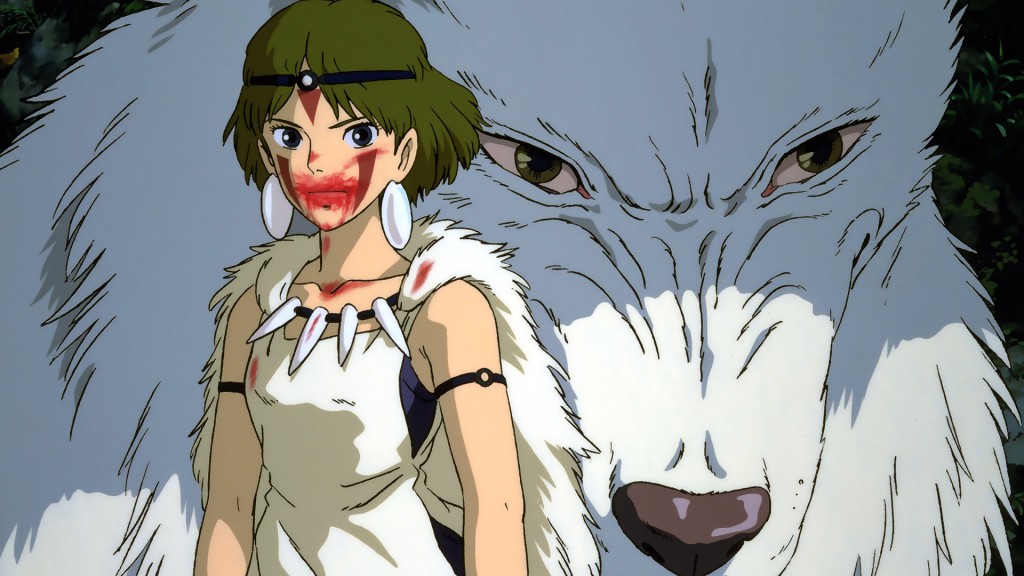 Hayao Miyazaki makes his first appearance on this list for the movie that cemented his name on Anime and audiences worldwide. Princess Mononoke is a wondrous adventure of war and nature, guided by the unseen of the masterful filmmaker. The titular character is the key to humanity’s connection to the natural world; a warrior woman who has a giant wolf as her guardian, not too shabby. She’ll do anything to protect the forest which has been her home and livelihood from the mining colony that seeks to stripe resources from it. The movie made Miyazaki a name to be reckoned with in the States, increasing interest in Anime in general as well, with his themes of nature vs. man, the mystical and strong female characterization.

Hard to find but packing no less of an emotional Punch is a short Disney Animated film about a poverty stricken girl living in turn-of-the century Russia. There is no dialogue between the Match Girl and the people she tries to sell her match sticks to, but everything is understood. The longing for simple human compassion is a language that is non-verbal. Done to the melancholic sound of Aleksandr Borodin’s String Quartet #2 In D Major this moving tribute to having compassion for the less fortunate in that joyous time of the year. Watch and weep, it is as good a way as any to spend six and half minutes. 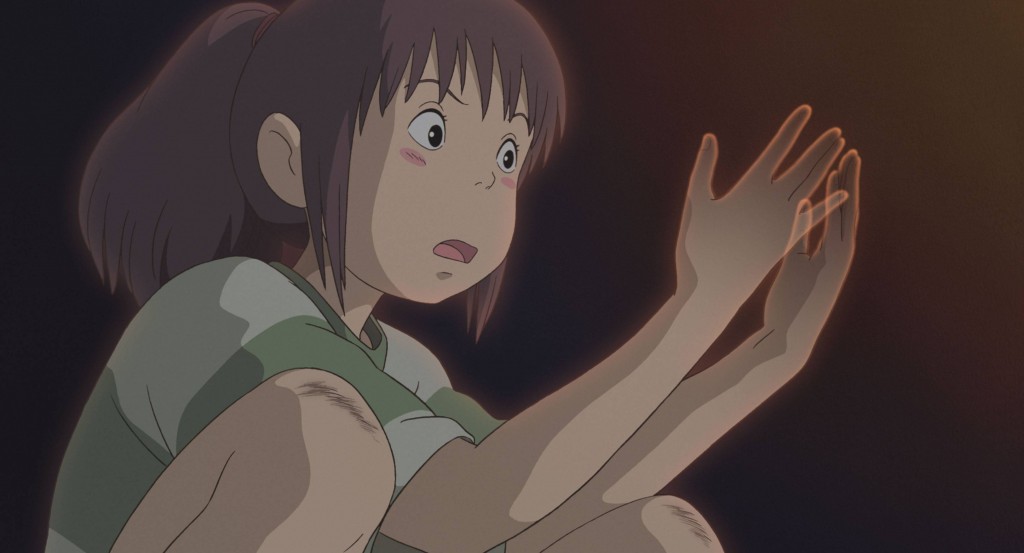 The Japanese maestro gets another spot for his Oscar winning film about growing up in a fantastical dream world. Spirited Away is a wondrous journey of a young girl named Chihiro as she tries to rescue her parents from live as transformed pigs (it makes much more sense in context). Although the imagery is always constantly in motion with creatures, humans and spirits, what is constant is Chihiro’s determination to save her parents and her resourcefulness in a completely new and strange world. Armed with the ability to reason and having morality well beyond her years, Chihrio proves that sometimes children are more ready for what life is going to throw at them then grown-ups may think. 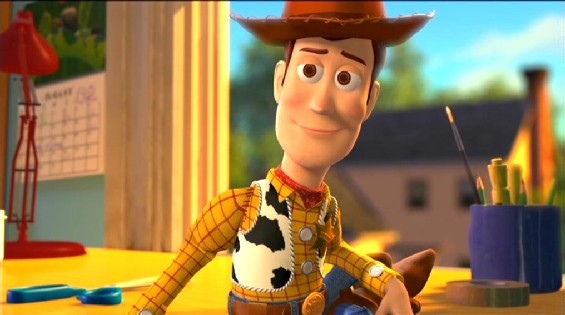 Even when he is never on-screen the iconic Tom Hanks still finds a way onto a top performance list. Toy Story is the film that put Pixar on the map for quality and heartwarming story-telling. The first completely CGI animated film to win the Oscar, centers on a group of children’s toys coming to gripes with their situation as the child they belong to, Andy, is giving a flashy new Buzz Lightyear action figure. Woody as the former favorite plaything of Andy is no fan of the new space toy, so he schemes to do away with Buzz. As he begins to bond, however, with his would-be competitor for affection he finds that he has more sympathy than he thought possible. A landmark for CGI animation and the animated medium as a whole Toy Story serves as a nostalgic trip for the adults, a bright colorful energetic adventure for the kids and trademark role for the great actor.

The Caped Crusader never looked better in animated gothic form. From 1992 onward, Kevin Conroy has lent his impeccable gruff voice to bring Batman to vivid life in the animated cartoon and video games alike. His work in the 1993 origin story Batman: Mask of the Phantasm is one for the ages as he manages to be equal parts Bruce Wayne and Batman. Mask of the Phantasm presents a crossroads for the superhero, continue on with his quest for justice or settle down and hang-up the cape and cowl due to the love of the girl of his dreams. Bruce Wayne has always worn many masks as Batman, Bruce the socialite, Bruce the damaged brooding man; the one that scares him the most might be the one that no longer needs the shadow of the Batman. Christian Bale may be the Dark Knight, but it is Conroy that will forever be Batman for many in my generation. 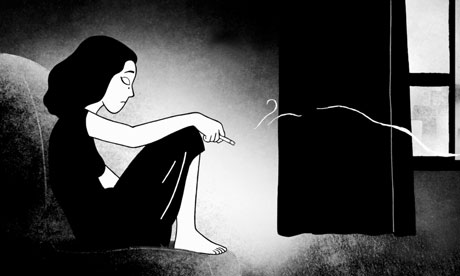 One of my favorite all-time movies, not just animated, is the outstanding bio-pic about Iranian immigrant Marjane Setrapi and her journey of self-discovery, revolution and tragedy. Growing up in revolutionary Iran in the late 70’s and early 80’s, Marjane had to learn fast the world around her and her family. The world is constantly changing and she is hardly able to catch up with the new cultures and ways of life that are always in flux. As the times become more and more violent at home in Tehran her parents send her off abroad to Europe, away from the uprisings and secret police raids. She begins to develop a unique worldly understanding during this time only to find out that her home of Iran has not progressed as well. As good of a bio-pic released in the last twenty-years; the animation is simple but poignant, black and white but expressive and marvel of one girl’s journey coming into age in a time of great unrest. 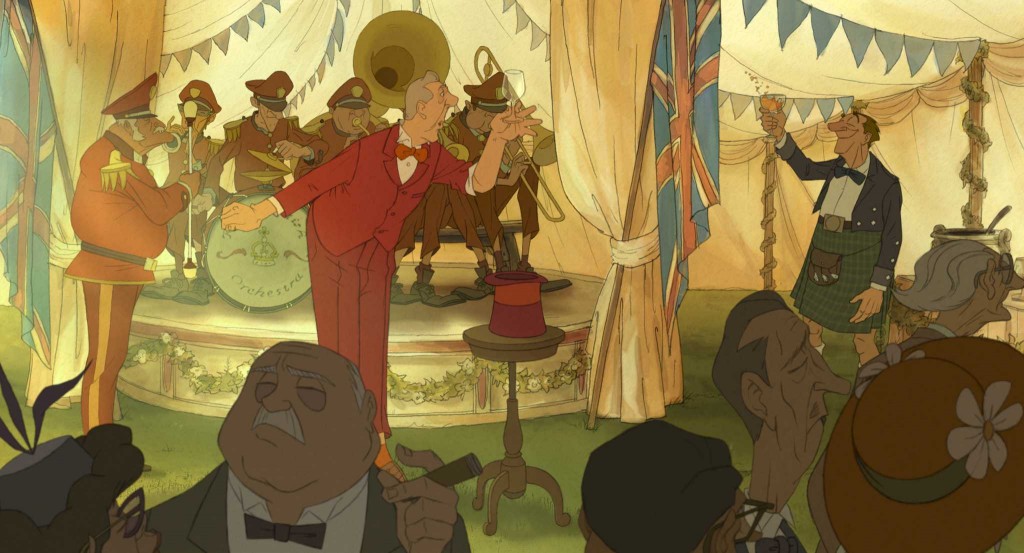 A tribute to the stylings of french comedian Jacque Tati, 2010’s The Illusionist is a whimsical odd buddy movie about a stage magician, by the name of Tatischeff, trying to cope financially from gig to gig. As with The Little Match Girl there is no discernible dialogue between characters, just gestures and some audible vocal sounds. Nonetheless everything is conveyed to supreme effect, Tatishcheff knows his time as a performer is almost up the world he lives in no longer believes in magic anymore let alone pay to see it. He befriends a girl working at an inn in Scotland who might just believe in him and his magic. Thanks to her innocent wide-eyed approach to the man’s work as an illusionist, Tatischeff has a real reason to continue even in the face of being obsolete. 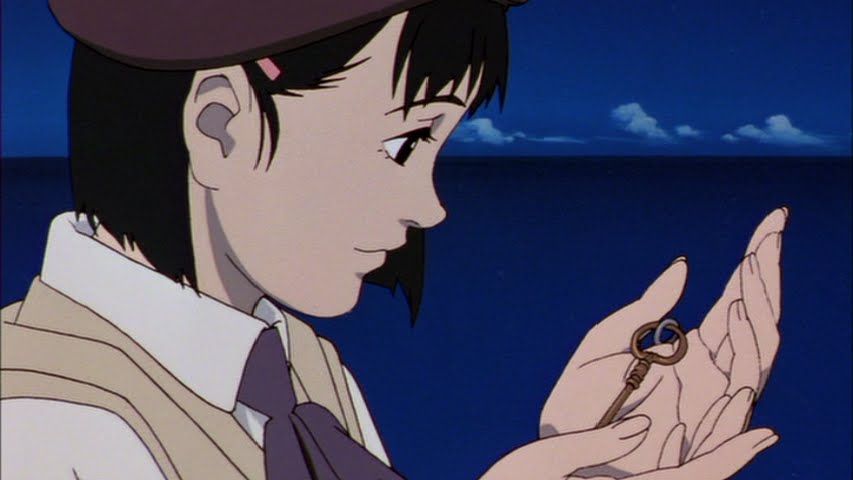 I’ve already stated in my 25 favorite movie moments of how good Millennium Actress is, an absolute hidden gem of anime. In it Chiyoko Fujiwara is a great Japanese actress in retirement, recounting her career to a documentary film crew. How she broke in, her many diverse roles and of course what exactly has driven her all these years. Chiyoko is not the typical embittered jaded artist full of regret at her decisions, she’s had a full life and looks back with fondness at the turns her life took. The outlook of a performer that sees the good in every stumble and obstacle is a lesson for anyone in their own daily struggles.

In Disney’s version of the Victor Hugo classic work, Claude Frollo is a wicked judge bent on the extermination of the Gypsies of Paris. What could have been a run-the-mill villain for a disney affair is rendered as complex as character as the studio has ever created. Frollo takes a deformed infant under his tutelage due to a crisis of conscience, and years later his lustful desires for Esmeralda betray him in his devotion to his faith and deeply held beliefs. As voiced by the late great Tony Jay’s unmistakable baritone, Frollo is a force of supreme conflicted power, whose inner demons come to life in stark musical form in the infamous “Hellfire” sequence. Frollo deserves a spot just for this musical number, an outstanding scene of the infusion of hell, lust and fear of utter damnation. 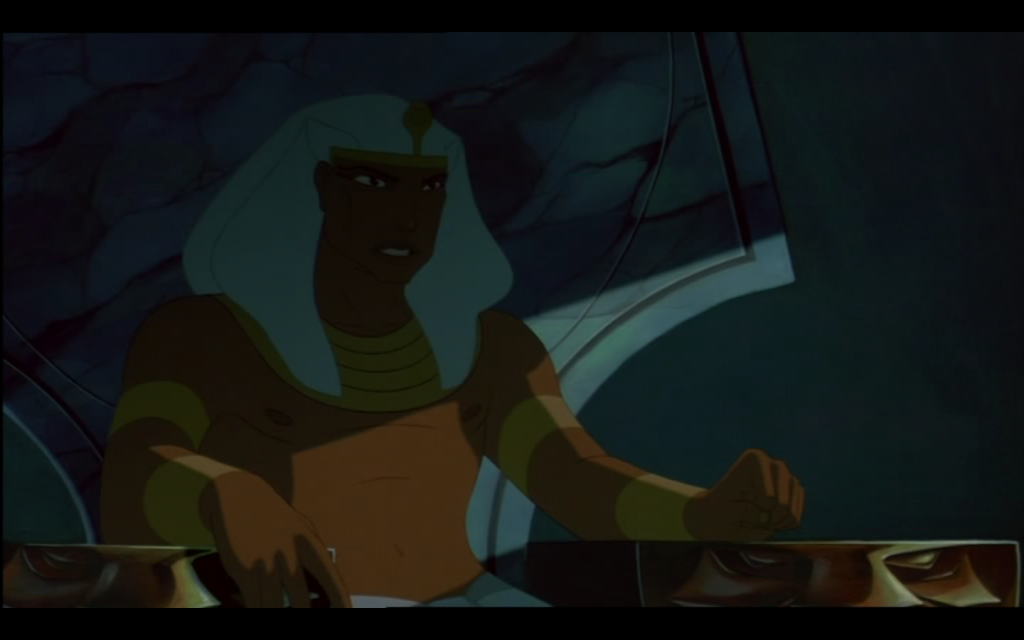 The best character that animation has ever produced is one of biblical proportions; the ruthless Pharaoh Ramses from the underrated classic Prince of Egypt. One of the most adapted stories of all-time was breathed new-life by way of the Dreamworks animation department in 1998. Val Kilmer, Michelle Pfeiffer, Sandra Bullock and Patrick Stewart all do wonderful jobs bringing their characters from the biblical tale to life, but it is the great Ralph Fiennes that shines above them all as the tyrannical Egyptian Ruler. Unlike with the much more well-known Cecil B. Demille Classic The Ten Commandments where the Pharaoh was played as an uncaring ruthless despot; Ramses here is portrayed as a much more conflicted man, having to choose between his legacy as king and his brother’s wishes to free the slaves. In one scene he goes from euphoria to seeing his long-lost brother Moses return, to grief at how much he’s changed, to sheer anger of what Moses wants him to do.

Fiennes is as versatile of an actor we have today, and he is in rarified air with his voice-work in the scene and rest of the movie. He grapples with Moses only to find that he still shares a brotherly bond with him. The amazing performance is only more realized when the plagues hit Ramses kingdom, as we have sympathy for what the god kind loses in continuing only what the Pharaohs before him wanted. The inner conflict that is portrayed here is part of the reason that Moses’ Tale has endured for thousands of years.