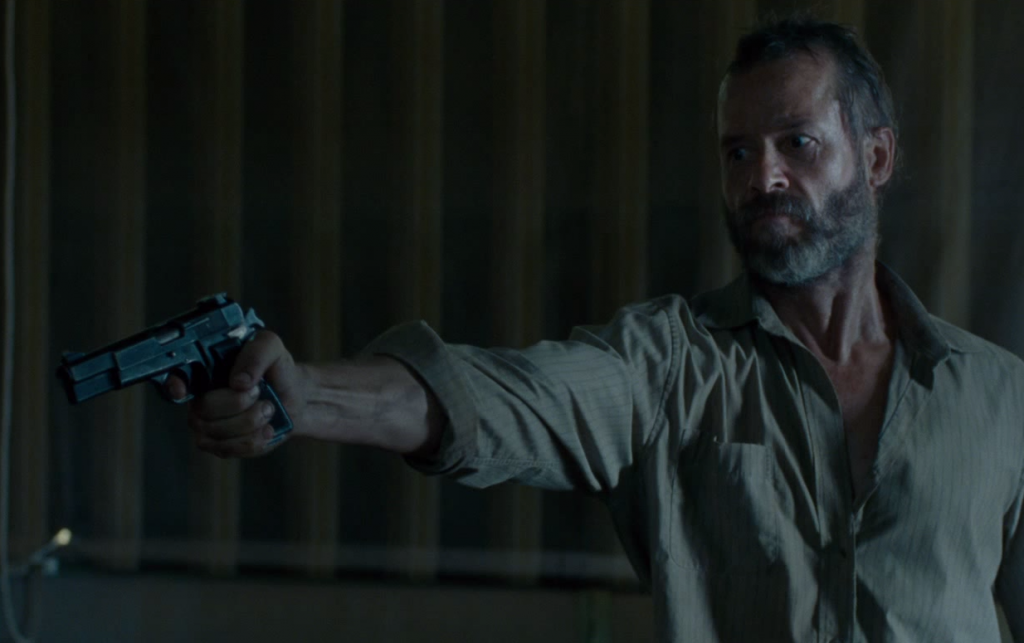 Post-apocalyptic settings have gotten many adaptations over the last decade (and have been popular since the on-set of the Cold War, emblematic of the fear of the Mutually Assured Destruction), from the supernatural and zombie themed as with 28 days later, I Am Legend and World War Z, to the more robotic-apocalypse in Terminator: Salvation to the harshly real like in Children of Men and The Road. The levels of success have varied from film to film, but the best show us just how common people survive and go-on without the comforts, rules and order of civilization. Animal Kingdom director David Michôd’s latest The Rover helps to portray the apocalyptic hell that has been brought on earth ten years after the ominously named ‘The Collapse’ occurred. What exactly happened we’re never told directly, we only see the effects it has had on people over the last decade. Society has seemingly fallen completely apart, every person is savaging for a small measure of motive to move forward in this desalinate Australian wasteland.

We open in this unforgiving environment by meeting Guy Pearce’s Eric, a quiet-unassuming man adrift. Gazing out at the seemingly unending desert, aimless and waiting for… something. Suddenly, out of nowhere he and a group of ‘criminals’ (who really is a criminal in this post-civilized world?) cross paths, the group of highway robbers then steals Eric’s SUV and take-off into the wasteland. Not unlike Dwight in Blue Ruin, Eric has now gone from aimless and detached to single-mindedly focused and determined. His journey to catch-up with his car and the bandits will also help to illuminate what the world around him has become, or one could argue has always been. 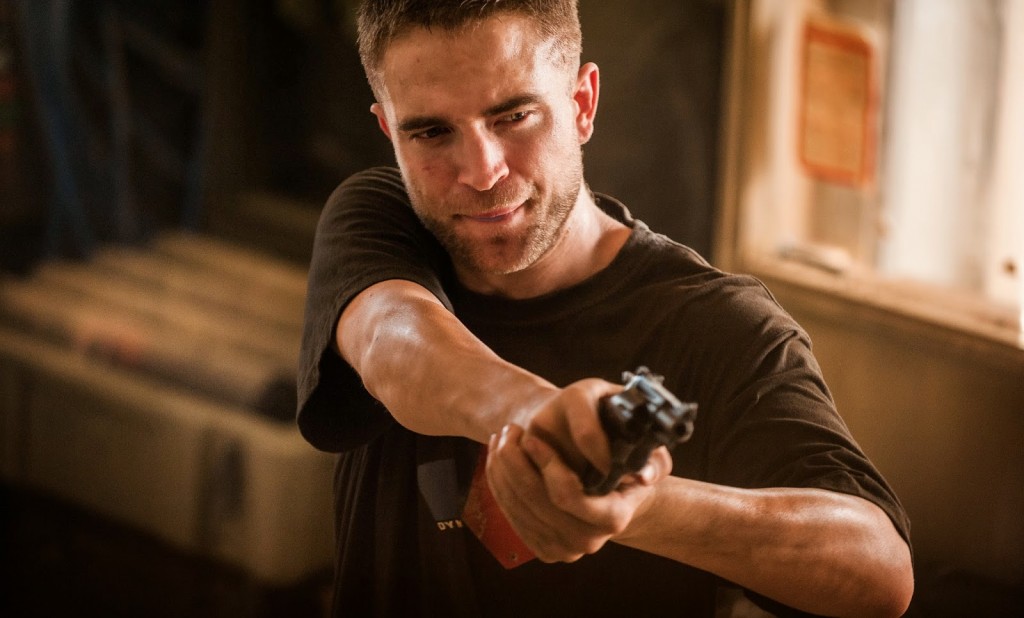 I’m always ready for filmmakers to surprise me, to give me something I wasn’t expecting going in. This is the case when former Twilight star Robert Pattinson comes into the fray as one of the gang’s unstable brothers and gives a surprisingly nuanced and even at times touching performance. He is nearly unrecognizable as his Rey suffers from severe stuttering, has a hard time focusing on a single thought and is seemingly mentally handicapped. He proves to be a major hinderance for the one-track-minded Eric, but he is the only way that he has to get his car back, so the two form a reluctant team of expedience. Rey only wants to survive, and Eric will let Rey do so as long as he helps him find his brother and the car taken from him.

Guy Pearce has been as reliable an actor as there is for nearly two decades, and Pattinson had an uphill battle sharing the screen with the veteran. Thankfully, he was up to the considerable challenge. If Eric is the stoic granite face standing up against the end of the world, then Rey represents how many others would respond to it; scared beyond belief and rational thought. Think a modern update of Lenny and George in Of Mice and Men, only in Australia, with gun crazy little people and pop songs.

The other necessary component that these kind of movies need in order to succeed is the oppressive feeling of dread that has to fill the screen. That there are no more rules in this world, anything can happen to the characters along the way. What may seem like post apocalyptic cliches; like the loner drifter, everyone needing a serious shower, and the strange oddball characters (again gun totting little people), actually serve to show just how different this film’s depiction is from other renderings because of the distinct tone of dread the film strikes. 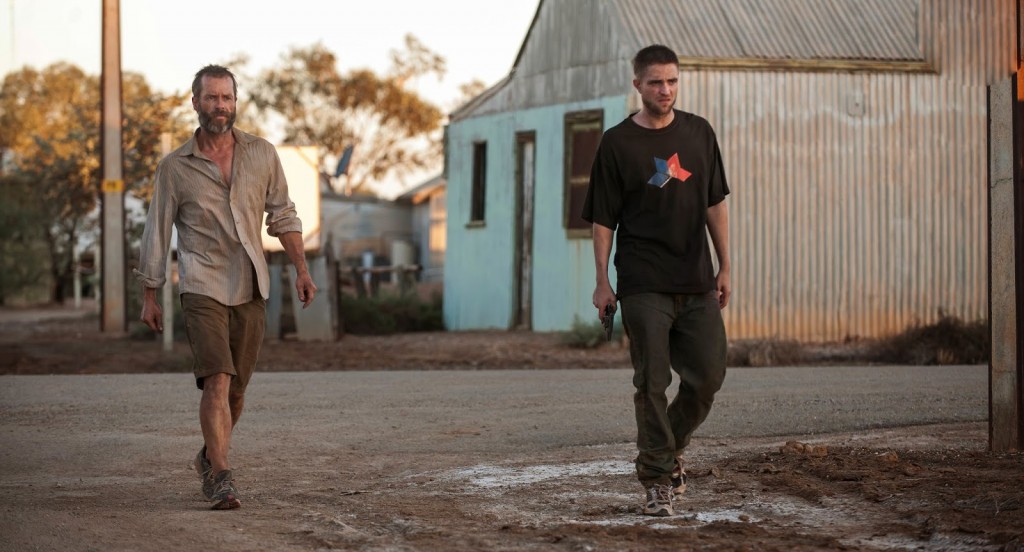 Through the two’s trek across the remains and fringes of society, both of them commit seriously heinous acts in name of their quest to find Eric’s car. However, as stated before, who really can be considered amoral in a world gone lost to the abyss? Create enough hunger and everyone will turn into a criminal. The filmmakers do not judge the two, they only seek to convey just how much our civilization rests on a razor’s edge of rules, codes and laws, all it takes is a little nudge to render them obsolete. The one thing that can endure is the bonds we create with people, even as tenuous as the one between Rey and Eric. No matter how much of a loner-independent attitude we may exude and try to live with, we all need some sort of real human relationships to rely on. No man is an island, even while hiding on one as large as Australia.

9.0/10 (A Bleak Unforgiving Depiction Of Our World Without Rules, And What Can Survive Beyond A Fragile Modern Society)

2 thoughts on “The Rover Review”