Agatha Christie via the lens of Wes Anderson, what else do I need to say? 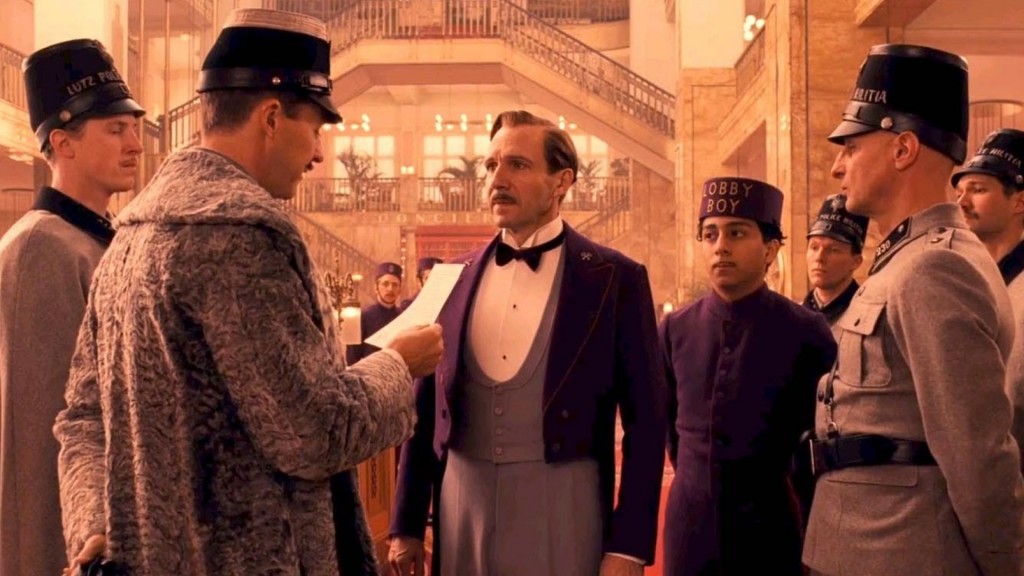 The specific pool of actors, flat camera angels, quick pans, color pallet, handwriting, chapter headings, soundtrack, and quirky characterizations are all the hallmarks of a Wes Anderson production. Unmistakable from the first scene are all the trappings of his nearly two decades long career in his latest The Grand Budapest Hotel. It is a murder mystery, warped in a nostalgic story, all inside a child’s novel, showing as many layered levels of reality as in Inception. The main story-line focuses in on the titular place in 1930’s Europe, with its decadent high-brow to-a-fault manager M. Gustave H, a name as enigmatic as the story he is in, played marvelously by the living legend Ralph Fiennes.

Zero Moustafa, played with the trademark Anderson awkward whimsy by newcomer Tony Revolori, is a mere Lobby Boy working at the famed hotel when M. Gustave decides seemingly out-of-the-blue to take him under his wing. As he discovers the ins and outs of the high-society establishment, he finds that M. Gustave has sleeping with old dowager countesses that habit the hotel in order to sneak his way into their Wills and inheritances. After one these ladies, an unrecognizable Tilda Swinton, dies mysteriously and leaves him with a priceless painting he is suspected of murder, and we’re off and running, quite literally, in the Director’s typical style.

The world is always a little different and off-kilter when viewed through the mind of Wes Anderson and this might well be his most ambitious film to date. As the movie spans some 80 years with a gigantic ensemble cast, and multiple stories overlapping each other in the narrative. However, his go-to themes remain constant; those of friendship, family, love, and above all enduring hardship through comedy. Not unlike another brilliant filmmaking Anderson, one P.T Anderson, he is above all interested in the idea of our families; our birth ones to a certain degree, but more importantly the ones we create for ourselves.

In the film the chemistry between Zero and Gustave plays very much a father/son relationship as much as mentor/student. With Gustave teaching Zero about everything that he needs to know about his job, personal life and outlooks on their adventure together. It is this attention to character and relationships that is another trademark to the director’s work. Due to his hyper-realistic style of locations and art direction in his films it is always the characters that shine through and we relate to as they guide us through his unique off-beat worlds. The giant supporting cast presents the story with a vibrant extended family; from Edward Norton to Adrian Brody to Willem Dafoe to Harvey Keitel to, of course, Bill Murray. 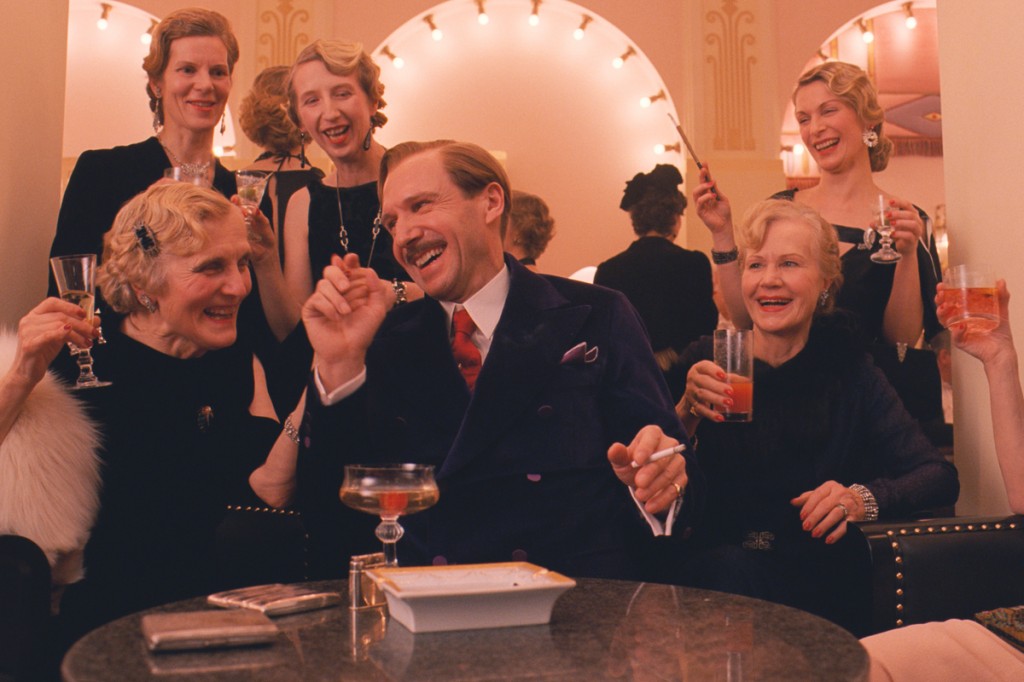 Filmmakers with certain ‘against-the-grain’ styles all their own are unfortunately more likely to be criticized than to be praised with critics and audiences alike. I can highlight Wes Anderson here or Tim Burton or even Michael Bay as evidence to people sometimes not responding to a unique new method of storytelling. Yes, their movies are not for everyone, Bay particularly for myself, but to shame a unique style can sometimes hinder the art-form, and appreciation of it, as a whole. Where would film be without new voices providing different ways to portray narratives and characters in a visual medium?

Those three directors I mention receive so much harsh criticism over their work, while more bland and boring filmmakers are left unscathed most of the time, because their movies do not provoke a single reaction in anyone. Their movies are more vapor than art, fading away shortly after having seen them. Over anything that Garry Marshall has ever done, I’ll take Willem Dafoe stroking Jeff Goldblum’s cat and then just tossing it out the window in the same scene.

Though not as emotionally resonate as his earlier works with The Royal Tenenbaums or Rushmore, The Grand Budapest Hotel presents an auteur having fun within his craft. All the while staying true to giving us memorable characters and situations, and showing a mastery of the filmic language. As F. Murray Abraham’s character says in one of closing scenes, we stay with the surroundings that we have such fond memories of no matter the shape they are in at the moment, call it nostalgia or the feeling of wanting to go back to happier times. In other words, enjoy the times we have, because they are fleeting and they’ll never come again.

8.3/10 (In Keeping To What has Made his Career, Wes Anderson Creates His Most Expansive Vision Yet; A Russian Nesting Doll Of Character-Driven Stories)