In this early scene from the Drama I’m writing, ‘The Family’, friends Jason and Daniel walk back from school. Daniel noticing that Jason has been sullen these last few days. Jason being distracted with a lot on his mind recently. 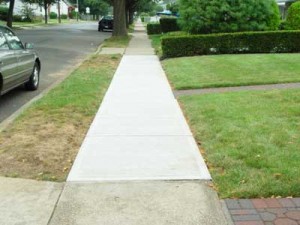 Setting for the scene in the excerpt.

DANIEL: Jay what are you, Dead-Man walking? You’re so fricken quiet.

JASON: Huh, yeah got a lot of homework and stuff…

DANIEL:I know about that stuff…

DANIEL: Come on Jay, you have to move forward in your life.

DANIEL: You’ve been on the side-lines watching her like a perv since what? Sixth grade…

DANIEL: Then what is it?

JASON: I’m…figuring out how much more I’ll need for that Mustang, Bowman is selling .

DANIEL: That would be a project and-a-half to re-build. I mean do you see how beat -up and ridden down that thing is, someone just needs to put that Mustang down and bury it.

JASON: It’s called putting in a little effort in something, dude…

JASON: Whatever, man. When you’re still asking for rides home from state, just know I’ll be cruising in my re-built vintage car.

JASON: See ya. Gotta go get closer to riding behind that vintage purring engine.

EXT. TIFFANY’S AND HOUSE: Jason walks up the pathway to his mother’s recently restored neo-french colonial home. Behind him, a cab is parked by the sidewalk, the driver blows the horn. Jason digs in his blazer’s right pocket, a vital part of his private school uniform, and finds his house key. He’s getting ready to insert it in the lock, when the door opens from within.

She lightly pecks him on the cheek while she struggles out of the house with all her luggage. Jason quietly stays out of her way, still outside, still holding the key in his hand.

TIFFANY (CONT’D): Listen, the cab is here, I have to go, but there’s prepared food in the fridge and emergency money on the counter. Make sure to secure the lids of the garbage bins I think the raccoons are having a field day with our trash. No parties, or too much T.V. Love you, see you Tuesday, bye!

She walks off without waiting for him to respond.

TIFFANY (CONT’D) (not turning around,rushing towards the cab) I’ll call you when I land!

JASON(whispering, to himself): Bye mom…

For more stay tuned… but not all of it of course.