Two strangely sublime movies about men who have a physical double out there in world, released nearly back-to-back… the apocalypse is definitely upon us. 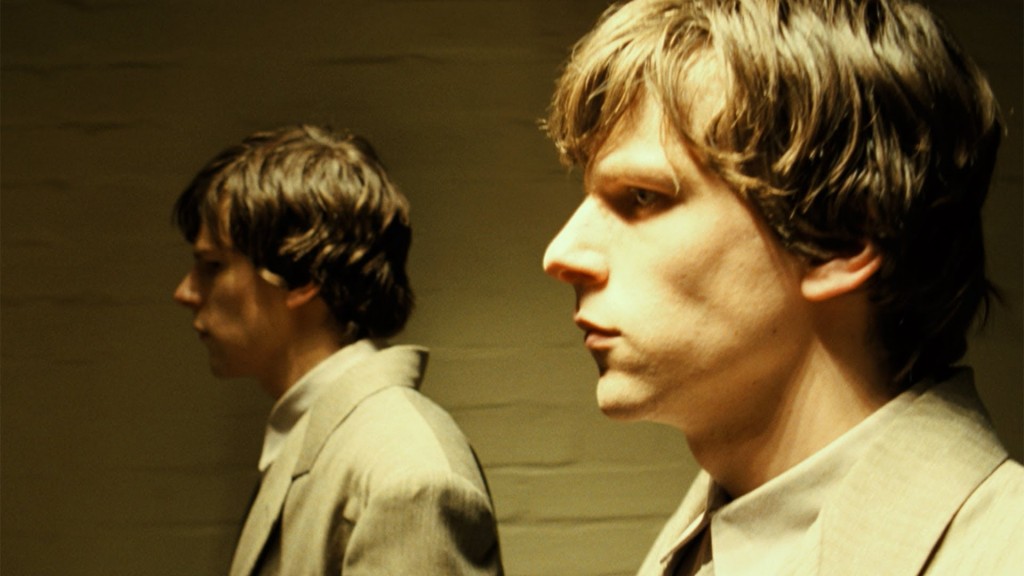 Denis Villeneuve showed earlier this year how the Doppelgänger story could be adapted in an atmosphere of dread and mystery for mind numbing results. In The Double, Submarine Director Richard Ayoade uses it to a slightly different effect in adapting a Fyodor Dostoevsky short story. Jesse Eisenberg is superb as Simon James, a meek government clerk working in a distorted and augmented some have called “Steampunk” reality, like in Brazil or even in some Miyazaki films. All time periods are meshed together to form an altered one not too different from our own, taking elements of old and new to make a completely unique reality. No matter the movie reality Jesse Eisenberg still has same problems as he normally portrays; being uniquely awkward and out of place, having problems with the opposite sex, wanting more out of his life, etc.

An always welcomed Mia Wasikowska plays a fellow government clerk Hannah as sweet, kind but a tad naive and of course becomes the object of affection for Simon. He longs to have the ability to say anything to her but is hampered by his passiveness. We follow Simon through his daily life in this drab reality, no sunlight ever seems to shine onto his existence as he aimlessly wanders the dystopia. Unappreciated at work, unsatisfied with his life, unable to break the cycle, until a new hire at work looks uncannily familiar. James Simon comes into the fold looking exactly like Simon, but the two couldn’t be any more different in other respects. James is confident to the point of cockiness, smooth, witty, able to fit in; everything that Simon wants to be, oddly enough. 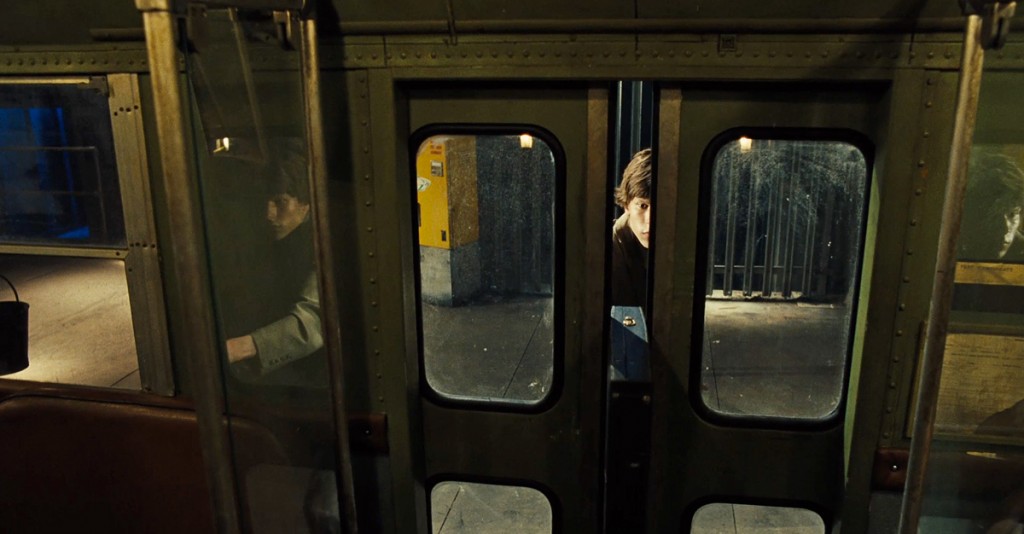 The director openly uses his “Wes Anderson-esque” filmmaking style and quirks to great advantage; the character interactions and conversations are hilariously off-beat with a dark edge to them, the cinematography has an almost eerie playfulness to it centering and isolating its subjects, all serving to fully render this world and society. In dark-comedies like this one it is very important to maintain a balance of the shifting tones as the narrative reveals its twists and turns or else the film will implode on itself. Filmmaking has always been a trapeze act of sorts playing with audiences emotions, thoughts and expectations throughout the run-time. The great filmmakers all know how much is enough on all sides to help audiences along in their visions.

Adapting a work from the great author Dostoevsky is no small feat. Ayoade does his very best in keeping the spirit of the source material with providing his own personal aesthetics to the adaptation. Indeed, Eisenberg plays Simon like a Dostoevsky protagonist; troubled, aimless, leading a live of quiet desperation, and plays James as the antithesis; arrogant, boastful and taking life by the horns. The battle of wills between the two as they vie for their place in the society provides the dramatic force driving the narrative’s momentum. Like Enemy with the two Gyllenhaal’s representing parts of the human psyche, we inherently relate to the struggle between Simon and James.

Though it doesn’t handle the subject material nearly as well cinematically as Villeneuve’s effort especially in the film’s befuddling conclusion, The Double is a darkly twisted comical tale of the mind. Jesse Eisenberg gives his best since The Social Network in acting as our guide into this subversive reality and story. Conveying to us that it is not simple enough for ourselves to exist, but to live. 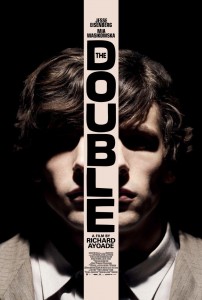 8.5/10 (A Dostoevsky Tale Via A Wes Anderson-like Playfulness and Style; A Match That Succeeds On Performances, Imagination And Art-Direction )