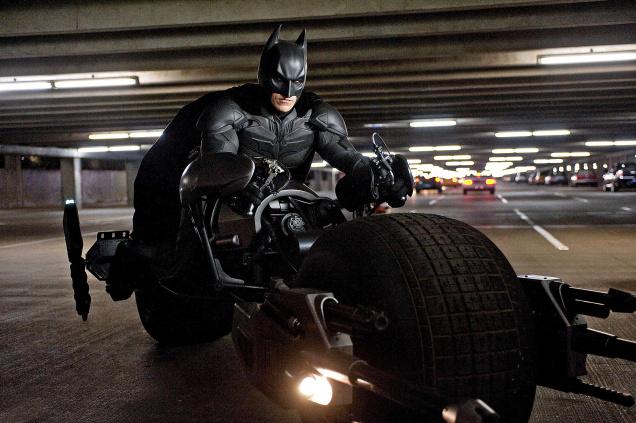 Eight years have passed since Batman has made an appearance. Bruce Wayne is a shell of his former self, crippled physically and emotionally from his days of being the caped crusader. He has resigned himself to exile in his mansion, dwelling on the past. Everyone close to him is trying to push him to move-on with his life to no avail. Bruce has settled to the life of a recluse, but old habits die hard as a new powerful threat rises to destroy Gotham and it’s inhabitants. Bane has come to finish the work of Batman’s former nemesis, and has the physical and physiological upper-hand. From the murkily motived cat-burglar Selina Kyle, to the valiant policemen John Blake and Jim Gordon, to his trusted circle of confidants Lucius Fox and Alfred, he’ll need all the help he can get.

From ‘Batman Begins’ to ‘The Dark Knight’ to now in ‘The Dark Knight Rises’ Director Christopher Nolan paints a harrowing picture of Urban decadence and decay. Along those lines, he shows the audience that Batman really is the Superhero for our time. He does not have supernatural powers, he is not trying to save the world (just a seeming eternally damned city), he’s just a man doing everything in his power. He’s not a simple-minded hero, he’s Batman. He has all the flaws and strengths we have as human beings. When dealing with real-world threats like terrorism, economic depressions and corruption, he might have the above average gadgets and physical strength but above all faces them with a something that can be universal: surprime resolve. It is the determination that he will instill the same resolve in people to take back their city that continually drives him. He’s not a hero, he’s a symbol for the people to rise up.

Eight long years have passed since the events in ‘The Dark Knight”, The Batman is no more. Bruce Wayne (The always good Christian Bale) is relegated to the George Foster Kane life-style, Wayne Manor has become his Zanadu. The loss of Rachel has caused such an emptiness in his life that he is unable to pick-up the pieces. With the aptly named Dent-Act in place, organized crime was taken down in the city limits. Criminality was eliminated with extreme prejudice. Why is there any need for Batman? Why, indeed as Selina Kyle (A very different Anne Hathaway) intrudes into Bruce’s reclusive life. Not only stealing a very personal memento from him, but her presence eludes to something fishy in the state of Gotham. Faster than you can say “To the Bat-mobile!”, he is doning the cape and cowl one last time.

His loyal friend and mentor, Alfred (A wonderfully emotional Michael Caine), is always pushing him to move-on with a normal life. He feels the guilt of lying to seemingly protect Bruce with the truth of Rachel’s death, that she would have moved on from him. As she wrote in a letter intended for Bruce; ‘there might come a day when Gotham doesn’t need Batman, but there may never be a day when YOU won’t need Batman’. Batman has always been about masks, the different roles Bruce has to play: the loud obnoxious business man play-boy, the good-natured normal man to his friends and of course the Batman. The underlying question has always been, who is a mask for who? Is Batman a mask for Bruce or is it the reverse? This forms the core of the third movie: can Bruce Wayne truly have a life without Batman?

As Bruce prepares to confront this question head-on, the other denizens of Gotham have their own dealings. Commissioner Jim Gordon (Gary Oldman) like Alfred is another soul burdened with a horrible truth; that of Harvey Dent’s demise. He is saddled with continuing his job protecting the city whose hero is built on a lie. He knows that house of cards is waiting to be toppled.  His deputy, Folly (Matthew Modine) seeks to deal out his brand of Justice, his way. John Blake (An always welcome Joseph Gordon Levitt) is a beat-cop remaining the ever idealist, waits for the Batman to return and reignite a dying city. The aforementioned Selina Kyle (Never referred to as Cat-woman) deals between both Batman, his allies and the rising corrupt elements in Gotham. Her motives are murky as are her changing alliances, but she really only has one goal and it doesn’t matter which side helps her accomplish it. Or so she thinks.

Which brings us to the main villain whose actions speak louder than his obscured speech, Bane (A visceral Tom Hardy). It is impossible to make note of this character without comparing it to the last villain to take on Gotham, The unforgettable Joker. There is simply no way of topping the maniacal clown. Thus Bane is a very different rogue, his face entirely covered by a painkiller-injecting mask thus we don’t really know if he is enjoying terrorizing Gotham like the Joker. What we do see are his eyes, in those are a single-minded determination to finish his mentor’s (and perhaps something more) work of destroying the sprawling, decadent and decaying metropolis. Where the Joker wanted anarchy to reign supreme, Bane wants fascist control (before nuclear annihilation, of course). Anarchy and totalitarism two scary sides of the goals of terrorists.

‘Rises’ is a long, complex, nuanced and visceral film. Christopher Nolan has created a grand epic molded from several real-world fears i.e terrorism, Nuclear annihilation, identity theft and the breakdown of society as a whole. But above all there is one fear that outweighs them all, identity. After seemingly hanging up the cape and cowl for the last time, Bruce is adrift, aimless in his pursuits for nearly a decade. Is the Batman really who he was? If so what is he without it? He is haunted by the answers he discovers. He is tormented by his days of being Batman, he feared nothing; not his former mentor/trainer Raz Al-Ghul, not the smiling face of evil the Joker and now he doesn’t even fear his own death. It was always the end-game for Batman in his mind. In his lowest point, as he watches Bane and his army terrorize Gotham unable to do anything, he has to summon strength from somewhere within. It is in fact fear again, the fear of death and loss that enables him to ‘rise’.

There are problems with the many new faces to the story and giving them all arcs to draw attention. At two hours and forty-five minutes, it is dense and convoluted packed with wall-to-wall plot points and scenes of exposition and reveals. However, what struck me most was how well it ties in with the rest of the trilogy’s mythology. Batman/Bruce Wayne really does have a three-movie-long arc as a character. In ‘Batman Begins’ he has to learn how to overcome his fears to become the Batman, in ‘The Dark Knight’ he is tested with the consequences of becoming Batman, and in ‘The Dark Knight Rises’ he must learn how to move-on by in fact embracing the fear he abandoned. In the end it’s the best way to end the groundbreaking series. It’s no ‘The Dark Knight’ it’s ‘The Dark Knight Rises’ take it for what it is, an epic and satisfying conclusion to the best portrayals of Batman ever put to the silver screen.

8.5/10 (Get ready to camp out for nearly three hours of a bleak dystopian urban nightmare, kiddies!)