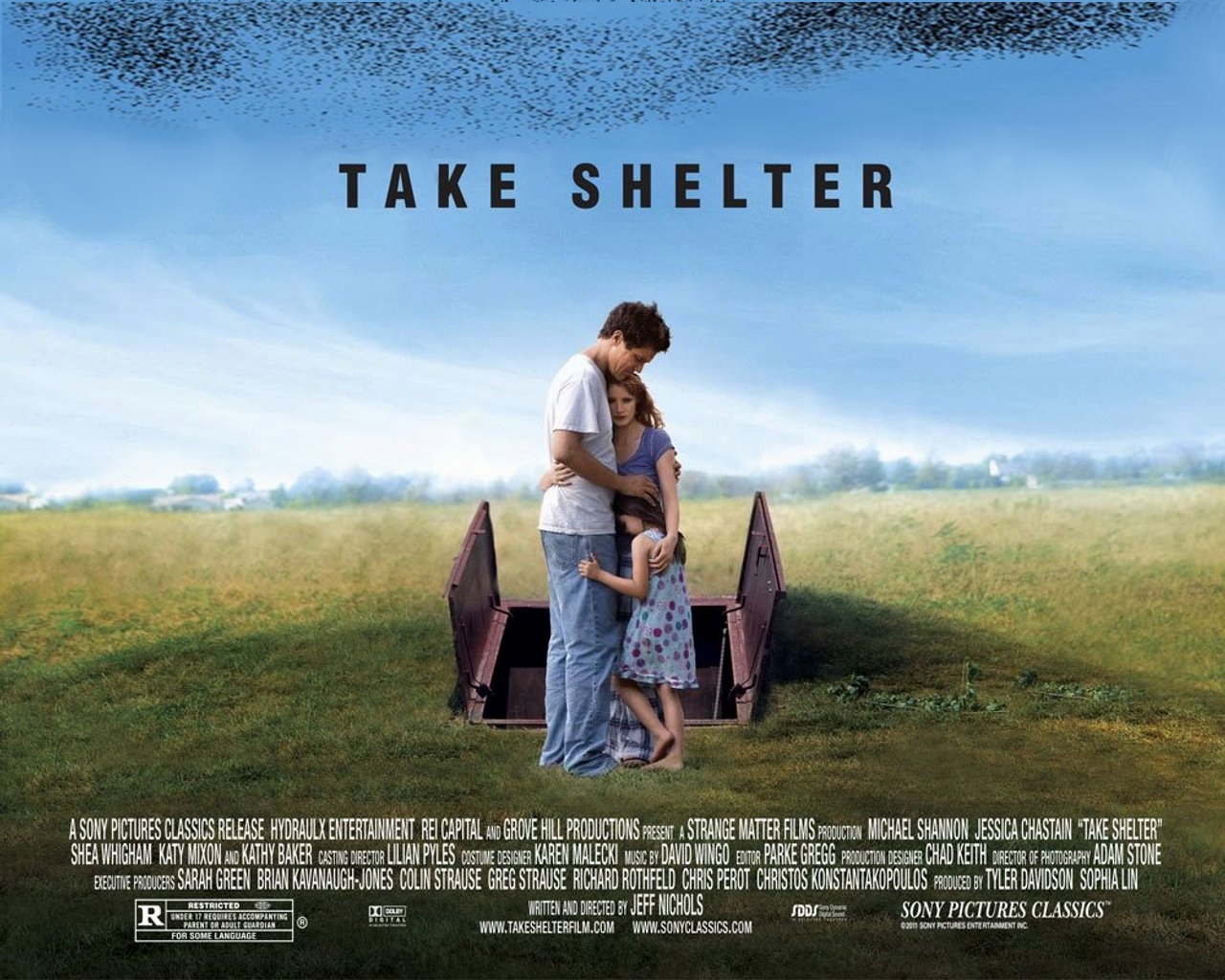 Michael Shannon plays Curtis an average everyday blue collar worker. He has a wife and hearing impaired daughter whom he cares for all the world. All seems perfect in paradise until Curtis starts seeing storms where there are no cloudy skies. He begins to obsess over protecting his family from his visions, at all costs.

When one really thinks about film and all the arts in general it is rather amazing what certain works can accomplish. They can make an audience have genuine emotion, and feel something real. It is astonishing at times that something artificial, completely fabricated, can instill a true emotional response. Even going in with the fact that it is not real. Take it for what you will, whether it is the performances and the direction are just that good, or perhaps we just loved being fooled, once in awhile. We all loved the coin behind the ear tricks at one time. Just as now, we all see movies knowing what they are and are not.

2011’s ‘Take Shelter’ written and directed by Jeff Nichols can be described as a demented ‘Field of Dreams’; here instead of ‘the voice’, it is visions of an approaching apocalyptic storm. A psychological thriller with a certain stylized indie filmmaking (Everything is ominous, even a perfectly normal blue sky) . It follows the day-to-day goings on of a normal midwestern blue-collar worker, Curtis played with great weight by the intense Michael Shannon, seemingly through his decent into insanity. Out of the blue, one day he starts having vivid nightmares of storming skies, his family being taken away from him and general end of the world images. He wants to believe that they are just in his mind, but he can’t shake the feeling of impending doom.

His wife, played by Mrs. everywhere Jessica Chastain, starts to worry as he acts more and more detached and begins to clean out the storm shelter in the backyard. The more she questions him the more closed-off he becomes, she is already dealing with a deaf child that cannot respond verbally. Although Shannon clearly presents an unstable character, we as the audience are almost certain that he is truly doing everything for the well-being of his family. He’s not going to harm them in a mental meltdown, even though he is descending farther and farther from reality…or is he? As one might expect for a story like this the ending provides no right interpretation.

It’s certainly a less vividly ostentatious take on the ‘trip to crazy-town’ than say a Darren Aronovsky’s Black Swan or PI, a more down-to-earth piece about a quiet man with a rather normal boring life fighting a great and at times unrelenting adversary; his mind and his thoughts. The reaction from myself with this film was a feeling of waiting. I looked at my watch several times, typically a bad sign for a movie-going experience; however, in this case I believe that is the semi-intended response. When is he finally going to snap or when is this apocalyptic storm going to hit?As the last shot may or may not depict, we may have just been fooled, again, all along.

It is certainly more of a feel piece than anything else, the director puts foreboding imagery whenever he can. I wish he had done more to strengthen the story, which is the weakest part. Nonetheless, it is amazing that simply watching an single man staring up at a cloudy blue sky can elicit a feeling of anything.

7/10 (On DVD right now, see how much Michael Shannon was snubbed for an Oscar Nod)