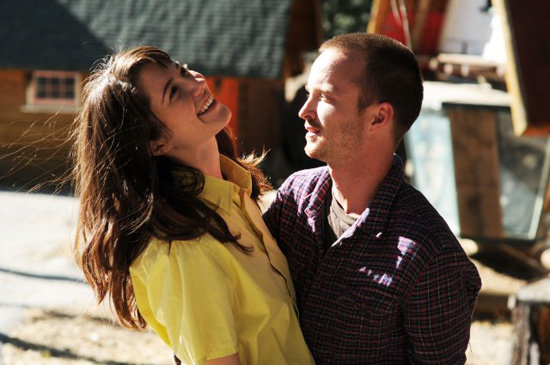 Along the lines of last Year’s acclaimed Shame and this year’s best The Master, Smashed documents battling a strong addiction that becomes hell-on-earth for the person that got hooked. Dealing with alcoholism is nothing new to cinema, from The Lost Weekend to Leaving Las Vegas, Smashed however presents a very stripped- down personal story about rehabilitation and recovery. In a few words: it’s a very difficult road ahead.

Indeed those types of movies present the notion that an addict will always be an addict, because the temptation will always be there, around every corner. Rest assured for those that actually do realize that they have a problem, their struggles and inner turmoil have not even begun yet.

Mary-Elizabeth Winstead gives the finest performance of her young-career as Kate a first-grade school teacher with a certain affliction to the bottle. Luckily she has somebody to help her cope, her newly married Husband played by Breaking Bad’s Aaron Paul… or so she thinks. As the Couple have many a good time together drinking away their free time in bars with their friends. 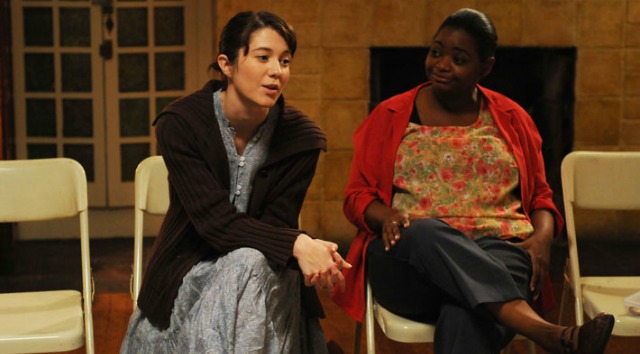 It isn’t until a hang-over incident at Kate’s School, vomiting in front of her class and lying about it as morning sickness, which leads her to understand just how far reaching her problem really is. With the help of a fellow teacher she goes to an AA meeting and gets a personal sponsor played by last year’s best supporting actress winner Octavia Spencer. It is with her help and the group meeting talks that Kate goes through a dramatic change in her lifestyle.

She is starting to get sober, not relying on her liquid crutch, but as she discovers that is not all sunshine and roses. She comes to the realization that she is no longer the same person she was, she had to change completely to no longer suffer from Alcoholism. Her drinking friends and especially her husband notice that without the effects of the Alcohol Kate is not the Kate they grew to know and love. Is there anyway to retain her previous life in light of her rehabilitation? 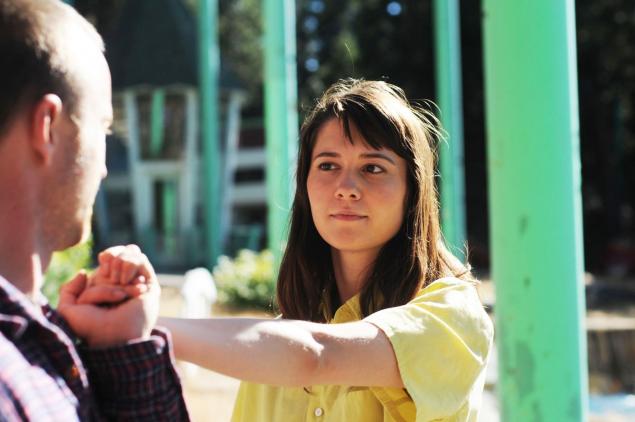 It is a refreshingly honest take on how difficult it really is to get over addictions. Winstead delivers on all levels from her drunken and sober portrayals of the beleaguered Kate. The script delivers too in not giving an easy road to sobriety, this decision to get better will change a life for better and for worse. There are no shortcuts in this.

Though there is humor to lighten the mood at times provided by the supporting cast, from Kate’s Principal Boss played by Megan Mullally to a fellow teacher (who harbors some… interesting feelings for Kate) played by Nick Offerman, the story never strays too far from the center. Kate’s problem with the bottle and changing her entire lifestyle is no laughing matter, and is handled with the proper gravity.

It is a decidedly less glamourous role for Winstead, showing the ugly side of drunken nights out and their aftermaths. However, she needed to hit rock-bottom before having the ability to look-up and see things in the right prospective, as most addicts find out unfortunately all too well. Funny, honest and at times even harrowing this little indie gem shines brightly among all the films released this year. Providing heartbreaking insight into the mind of the mentally-hooked, Winstead deserves any and all the acclaim from this role. Hopefully propelling into the early next year

8.5/10 (Down-to-earth, minimalist and touching, add Smashed to the hall of great Alcoholic dramas)