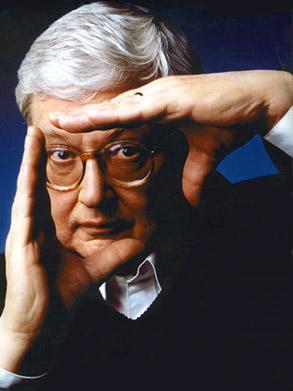 Here I’ll keep a page of any movie I see that is either made years before or I feel doesn’t quite warrant a full review for various reasons. I’ll be using a rating of Bad, Mediocre, Good, Very good, Great, Masterful and on occasion Masterpiece.

The English Patient (1996): With this best picture winner for 1996 I was really into this one for a long time, the chemistry between Kristen Scott Thomas and Ralph Fiennes is impeccable… and then inexplicably they go and throw in another romance for Juliette Binoche’s nurse taking care of him and you start to feel the excessive length of this old fashioned romance. Plot elements are either not explained well or just disregarded at times, dulling the emotional impact of the ending.  Mediocre

American History X (1999): Now we’re talking, Avery Brooks should be in more stuff. If nothing more then the Delivery of that one line… one of the most sheering, controversial and moving films about hate ever made. Remember I said Hate, not just racially motivated hatred… Between This, Fight Club and 25th Hour Norton delivers a trifecta of game changing performances that will be talked about for years to come. Nothing less than Masterful

Dredd (2012): OK listen I’m all for the no holds bar-bloody-violent-action from time to time, that does not mean that you leave out CHARACTERS in all the wall-to-wall action. The heros can’t just be people that hold guns and say some stilted dialoge back and forth. I didn’t think I would ever be asking for a campy Stallone flick, but at least that one was bad in funny enjoyable way. Bad

The Company Men (2010): So the primary task of the film is to make us all sympathize with well-off executives who suddenly get the shaft in a transportation company. With people like Chris Cooper and Tommy Lee Jones it’s hard to not care about these people, but the movie is just a bland wealthy white people’s problems movie through and through. Emotional beats just fall falt in the end. Mediocre

Killing Them Softly (2012): A crime thriller that compares inept gangsters to the bankers and wall-streeters that caused the financial collapse of five years ago, hey I can dig it. Snappy dialoge, acting and cinematography all compliment this flick. The pacing is methodically executed building up to a perfectly realized final line. Brad Pitt at his most vicious since Fight Club. Great

Les Miserables (2012): Yikes… I’m a fan of some of the songs in the musical (who can’t love “Can you hear the people sing!”) but this is a dreadful adaptation of the play. Leave the stage play to the stage, adapt from the source material. Pacing is really, really off critical years pass-by with no feel of the time that has passed, character motivations are muddled and unclear throughout. The less that is said about Crowe’s JeVert, the better. Bad

Million Dollar Baby (2004): I’ve always had an ongoing debate with myself over when a movie goes into straight manipulative territory. Completely trying to force the emotions out of the audience, whether it be with contrived depressing situations or music, they are trying too hard. The only answer I’ve come to is if it “works” cinematically then it’s not forced, it’s genuine. Eastwood here is as genuine as he has been in a long while… so it is nothing  short of Masterful

Seven Days In May (1964): Ballsy, is the word. To release a movie with the plot revolving around a military overtake of the government by incapacitating the president… a year after the JFK assassination. Burt Lancaster gives a towering performance as a hawkish air force chief of staff bent on doing everything to take control from the doves. Kirk Douglas, superb Dialoge and writing also highly compliment the film. Great

Holy Motors (2012): …and now for something different. Leos Carax directs this surreal and hypnotizing journey of a professional “pretender”. A man whose sole lot in life is to pretend to be many different people from many different walks of life. Why The film has no answers for the audience. It is in the eye of the viewer to determine just what in the hell was going on the whole time. For my self a crazily acted, beautifully shot, and thoroughly confounding piece of surrealism, which viewers will be debating endlessly for decades. Great

Django Unchained (2012): (Open link in new tab for Atmosphere: Who Did That to You (Django Unchained)) Alright, let me first try to outline a couple of big reasons why people generally go to the movies; either for pure escapism/ to be entertained, or for gritty realism providing striking social commentary. The new genre mash-up from iconic writer/director Quentin Tarantino, as usual, works for both parties. Django Unchained is a modern Blaxploitation, vengeance and action thriller combined into a revisionist western with usual Tarantino flare for characters, dialoge and blood plastered shoot-outs. If you loved the escalating violence in ‘Inglorious Bastards’ then you’ll love this, I sure did. Masterful

Amour (2012): Well, if you make it through this one you can pretty much survive anything life puts in your way. Michael Haneke depicts another brutal slice of life with an elderly couple at the end of their lives together and on earth. As with any Haneke film, not for the faint of heart. Goes to show that everlasting love is not for the weak willed. More than any other title in 2012, the movie IS the title completely and fully. Masterful

Smiles of the Summer Night (1955):  Woody Allen via Ingmar Bergman… yes that’s right a comedy-drama from the master of dark and despair. In turn of the century Sweden, several couples have doubts and stipulations about their partners and outlook on their lives. The lengths the pairs go through to satisfy their varying needs is darkly humorous to downright hilarious. The film Bergman gain international notoriety from is one of his lighter fairs to be sure, but no less in the Swedish maestro’s characterization and style. Great

Bubble (2006):  Coen Brothers via Steven Soderbergh… a small town murder mystery with Soderbergh’s flare for direction and character study. The slow burn of how animosity is built in small town America is disturbing and addicting to watch unfold. Using unprofessional actors, the director embeds his usual naturalistic style to the story. Though at times meandering it is nonetheless a simple portrait of what simmers beneath the surface in people you wouldn’t expect. Very Good

Talk Radio (1988): Back when Oliver Stone could make movies this one just goes to show when he had the spark of creativity. An outstanding Eric Bogosian plays a typical shock jock populating the Dallas air waves with his brand of acerbic angry rantings on the people that call into his late night talk radio show. He takes everything they pitch at him and turns it against them in ways only an outright savant with words could do. More relevant in today’s world of internet forums, blog postings and youtube comments, this is a forgotten gem in Stone’s filmography that shows us if we want to be heard listen. Masterful

Grapes of Wrath (1940): An fantastic treatment of the John Steinbeck classic with Henry Fonda in a career defining role as Tom Joad a recently paroled murderer looking to return to his family’s farm in Oklahoma. One of the seminal works in the Director John Ford’s career as well, realistically depicting the hardships of migrant workers in the great depression finding work in California. Brutal for it’s time, it resonates today as an encapsulation of a time period of our grandparents trials and tribulations. It is considered a Masterpiece for a reason.