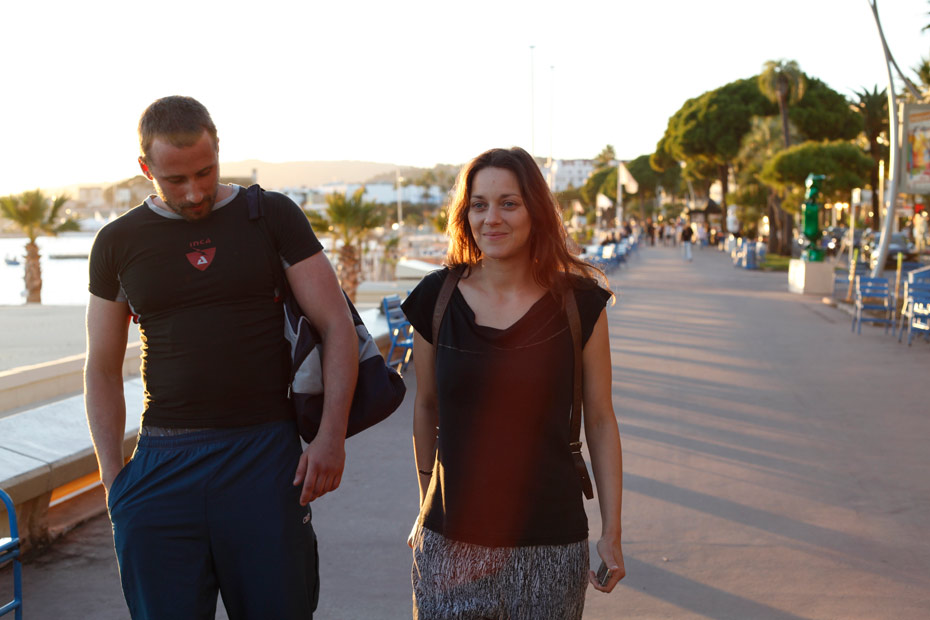 The abruptness of life is a rather daunting and scary concept, how quickly the accepted course of daily living can take a complete 90 degree turn for the worst. Out of nowhere everything that was once a given no longer is. One has to learn an entirely new way of life, in order to forge ahead. A spectacular Marion Cotillard plays Stephanie, a woman about to have such a life-altering experience that comes right, literally and figuratively, out of the blue.

A revelatory Matthias Schoenaerts plays Ali, a drifter in every sense of the word. Going to and from one paycheck to another, never staying in one place for long, his son a wayward companion to his father’s aimlessness. Ali leads a seemingly simple existence, he doesn’t depend on anyone and no one depends on him, save of course for his young son. To say that he is impulsive, wouldn’t even tell half the story. He is abrasive and aggressive, lashing-out at the people closest in his life. Many times, it is readily apparent that the child would be better off without him as the parental figure. 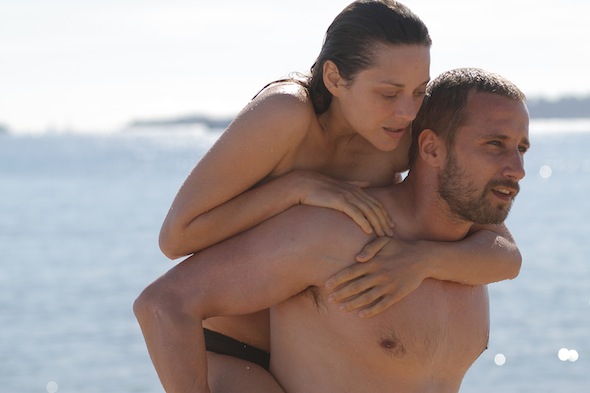 By absolute chance the two meet at a night-club Ali is working as a bouncer for. Stephanie is in her own way adrift in her life, clearly not happy about the way things are going. Ali is different from anyone else she knows, strong, abrupt and to-the-point, calling her out on her revealing outfit while driving her home from a bad night out. A horrific accident the next day while at her job as an Orca Whale Trainer changes things for the far worse.

Faced with the monumental task of recovery and rehabilitation she sinks into a deep depression. She like Ali, closes herself from everyone closest to her. Her family and friends can only offer words of pity. Alone confined basically to her own body, she turns to the only person that can make her feel a glimmer of normalcy, a near complete stranger in Ali. It is surprising that he would even consider helping Stephanie, perhaps it is out of some intrinsic desire for compassion or it really is just for the hell-of-it. I have nothing better to do, might as well keep this miserable, disabled and lonely woman company. 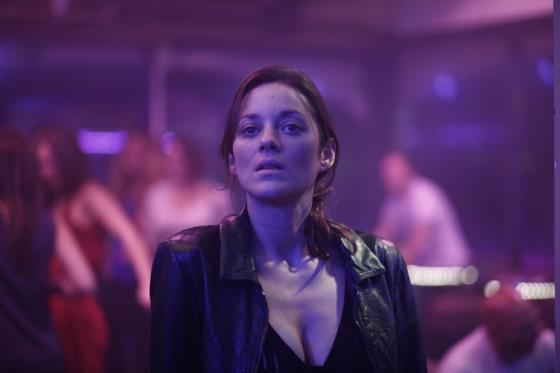 As Stephanie begins to gradually recuperate from her injury, Ali turnes to less by-the-books means of getting an income,  involving himself in unregulated fights. He turns really into an animal, uncaring and unfeeling of the damage to himself. All of this seemingly amplifies his basic animalistic nature to startling degrees. He wants to feel something anything at all costs.

From Jacques Audiard, the director of the complex, cold and nuanced prison drama ‘A Prophet’ Rust and Bone embraces a more emotional core of understanding, loneliness and love. Cotillard and Schoenaerts play extremely, in different ways, damaged people just trying to cope with their respective situations. Each building each other up, in their unique ways, as no one else in their lives could.

Make no mistake, this is not the usual film romantic formula, there are many serious bumps and plateaus along the way. The film takes a major risk in the beginning by showing these two people as cold, detached and introverted, how are we supposed to care  about the two coming together? It is due in no small part to the abilities of two leads that this risk pays dividends by credits roll. Also though we may all exude different personas outwardly, as the title suggests, what lies beneath our skin isn’t all that different. 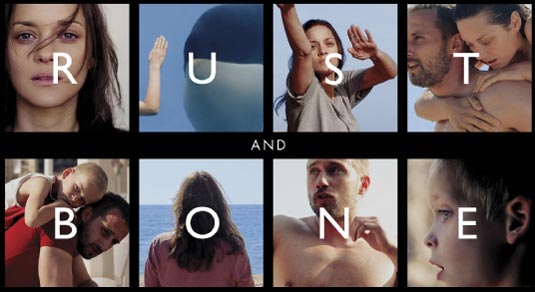 9.5/10 (Surprisingly poignant and intense dual character studies into what really makes a companionship)