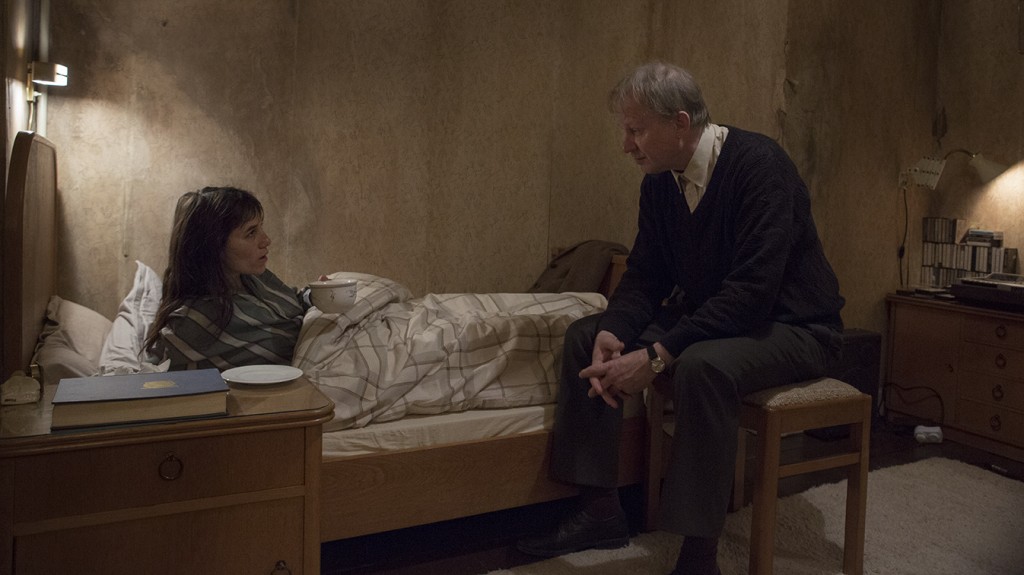 We open in typical Lars Von Trier style with a woman beaten nearly to death lies half-dead in an alley way until a passerby takes her into his apartment to recuperate. Seemingly as thanks for his help Joe (Charlotte Gainsbourg) begins to recount her life story to her would-be rescuer Seligman (Stellan Skarsgård). She has had one helluva of life as a sex addict, and she aims to make Seligman and us as an audience aware of it in all its glory. Since adolescence she has done everything and everyone in her insatiable sexual needs.

Contrasting drastically against Steve McQueen’s relentless, harsh and gritty sex-addict chronicle Shame, in the first Volume at least, with a light and witty tone as we witness her early conquests. How she learns the ropes in how to make any man fall for her feminine wiles provides some of the lighter moments in exploiting the needs of desperate men. It is the kind of humor you would expect from the director of Dogville, Melancholia, and Dancer in the Dark.

Former model Stacy Martin plays the younger Joe in Volume I with an avid playfulness as she goes through an intense sexual awakening. She maintains an ernest enthusiasm and joy through her formative experiences, ones especially on a train and with Jerome played surprisingly well by Shia LaBouf. Not done with a brooding, out-of-spite or weary attitude; she does what she does because she is having fun. She is young, beautiful and knows what she’s got, can you blame her? It is the strength of the first part, that the filmmakers do not judge the actions of young Joe. She is promiscuous and acts on her basic carnal needs nearly every time, but at the same time she is learning about herself through this process. Her wants, needs and emotional maturity are all part of this awakening just as much as the sex. 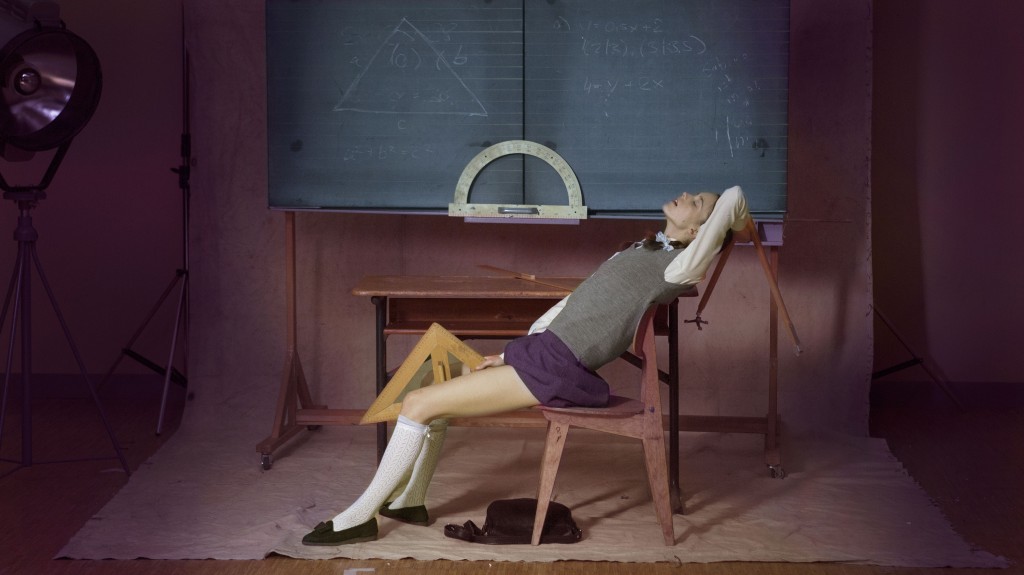 All well and good for the first Volume, but since this is only the first half of the story we move on to a darker turn in the story. Unfortunately, the same accolades cannot be bestowed for when Joe grows all up to be Charlotte Gainsbourg and the playful tone is changed for the worse. Remember when I talked about how it was wrong to shame a director’s particular style in referring to Wes Anderson in The Grand Budapest Hotel? Well, I’ll back track by saying as long as it is in service to the film and narrative at hand, not the filmmaker himself. To service a single artistic ego rather than the characters and dynamics that are on-screen is a cardinal sin of a filmmaker’s responsibility.

It is my theory that Von Trier in Volume II changed character dynamics, tone and themes in order to give audiences his movie. In this Volume, Joe finds that she has to go to excruciating lengths to satisfy her explicit sexual needs. None of the light playful tone from the first volume finds its way here, this is a serious spiral into a dangerous affliction. Which would be fine, many things in life are this way, fun and flighty until it isn’t. The problem here is the repetitiveness of the material. The first volume had harsh moments for Joe; losing her deranged father to chronic disease, a wife of one of her male callers calling her out as a home wrecker, being treated with little respect in her work life, but that was all done with a energized pacing that connected with the joys and spoils of youth. 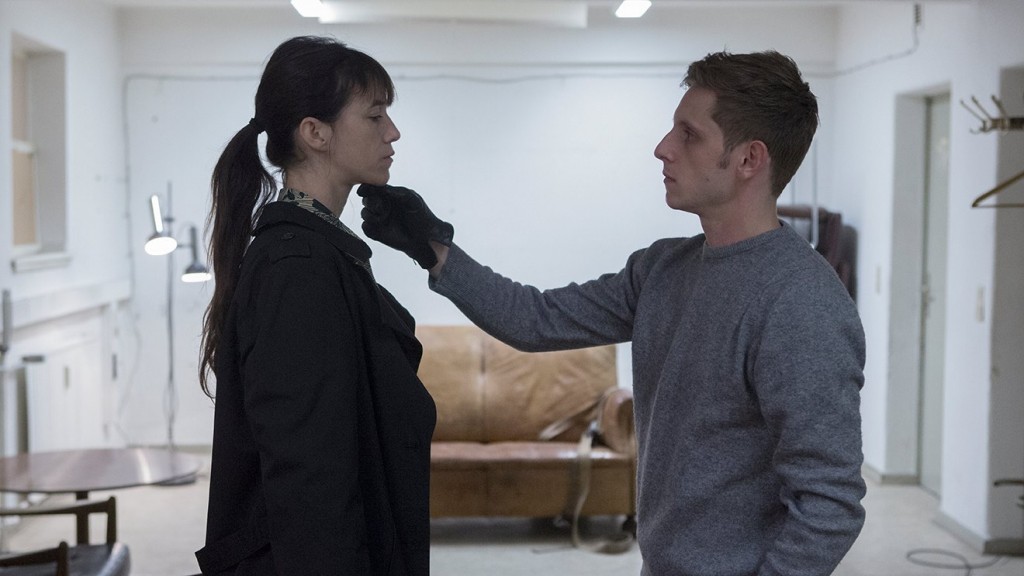 As Joe goes to shocking masochistic lengths for satisfaction the pacing slows for dark dramatic effect, it wouldn’t be nearly as noticeable without experiencing the first Vol., but everything here hits the proverbial skids. After awhile the same message over and over gets hammered home again and again, Joe will never find the sexual and emotional balance she wants in life, and she and the people close to her suffer because of it. It would be a poignant if it wasn’t a glaringly repetitive exercise in a filmmaker wanting to rework an already established different kind of film into his own style of depression porn. This is his creation and Von Trier can do what he will with it, I was just hoping that something different would have come out of it all especially because of the promising first-half.

What made the first Vol. work so well was the non-judgmental tone of the first volume, she is a woman who likes sex and will do what she pleases. In so many movies, especially American movies sadly, female promiscuity and sexuality as a whole is looked down on with mocking contempt. In contrast male sexual drive is near universally praised, it is a severe problematic double standard that is a chronic problem. It is a refreshing change to see female sexual awakening done with an almost humorous as a matter of fact candidness, until it ceases to and becomes an almost indictment of her. Completely contradicting and subverting the themes and tones established in the first half, in order to satisfy the filmmaker’s own style, much like his lead character in putting her masochistic needs before everything else was his own undoing here. 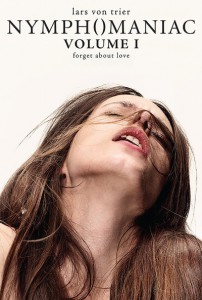 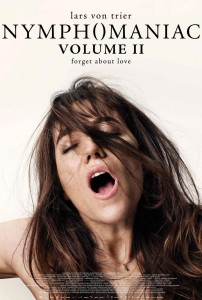 8.0/10 Vol. I and 5.5/10 Vol. II For A 6.8/10 Overall (A Refreshingly Candid Take on Female Sexual Awakening, Until Von Trier Takes the Material into Dreary and Repetitive Places; So It Is a Disappointment But Not Without Merit)