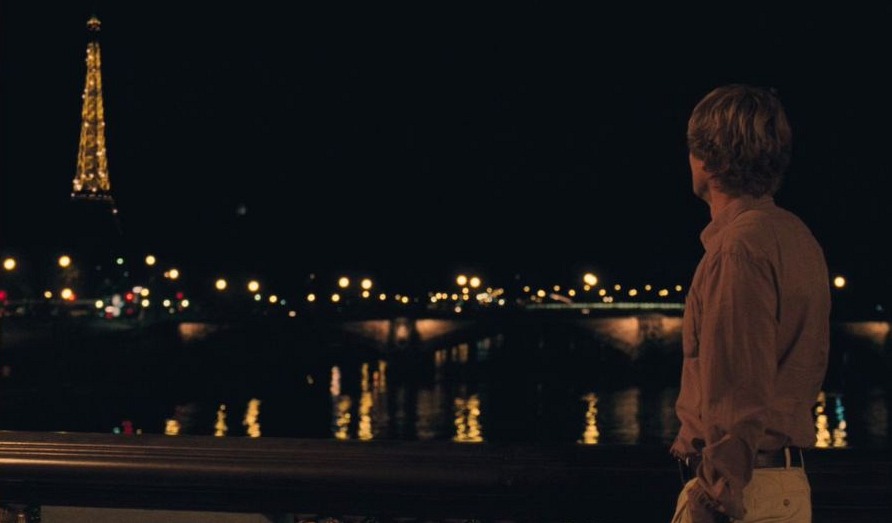 Gill is an American in the city of lights. He has a solid writing career, engaged to a loving beautiful young woman and is in an artist’s paradise, Paris! But what he discovers as the bell chimes the hour will change his perception of it all.

It’s very hard to describe that feeling of nostalgia when it occurs, it’s one of those odd emotions, having such fondness for times and memories long long ago in the past. Everything seemed so much brighter, happier, less convoluted ‘back in the day…’, especially in these current times. I think everyone has wondered what it would be like to step back and experience those memories as they happened. By extension, I believe this is where our extreme interest in time travel is derived, to have the ability to go to a different time and seemingly escape from it all. It simply has to be better than the here and now.

I’ve mentioned previously how the best movies I’ve seen this year are American movies set in Paris (They even have similar but different time periods, more on that later), done by two masters of the art. While Martin Scorsese and Woody Allen are no doubt in the twilight of their long, long unbelievably successful careers they’re still willing to try new shoes. With ‘Hugo’ Scorsese embraces both a new filming technique and genre very different from his usual body of work to wondrous results. ‘Midnight in Paris’ is more in tune with Allen’s career, a light dramady with an Allen archetype going through the paces of romance. However, ‘Midnight is no less of result than Hugo, in fact it is the best I saw last year.

At first one believes this is going to be a Allen’s romantic comedy love letter to Paris. The film begins with several vignettes of the parisian life,the eiffel tower at night as a gleaming shimmering beam into the sky, stock French music playing, Van Gogh’s Lily pond… you get the idea. We are introduced to hollywood screenwriter Gil (a perfect Allen stand-in with Owen Wilson) and Inez (A snobbish Rachel McAdams) an engaged couple taking a romantic excursion to the city of lights. They certainly act in love, they’re engaged! In the most romantic city in the world! Visiting the palace, louvre! Gil, however, seems distance whether it is because of Inez’s snotty-upper-crust parents or her former college flame showing up. He writes it off as just suffering writer’s block for his progressing novel. One night while walking alone trying to find his hotel, to sleep off Inez’s ever grating ex, at Midnight (Hence ‘Midnight in Paris’) he is asked into a vintage Rolls Royce, right out of the past. What follows is magical adventure for Gil, Wilson turns in a good performance as he is just as in aw of what is happening to him as the audience is. He returns night after night to this place, discouraging his fiancee and her family. It is an escape from his ever growing worry that he’s engaged to the wrong woman. In the place that Gil visits he couldn’t have dreamt of a better time for him. Not spoiling it completely, but Gil receives help from his heroes. In doing so he helps come to a startling truth, his inspirations feel the same way he does.

I mentioned also in my other review of ‘Hugo’ that movies can act as windows into the past, however; we must realize that this is usually very nostalgic views of the past. The films can gloss over the bruises and blemishes of the past. Though there is nothing wrong with this, as it is to aid the storytelling, it does not escape the inherent truth that we are viewing a version of the past, sometimes, filtered through rose-colored lens of the camera. What Allen has constructed here might not be as ‘deep’ or ‘layered’ as his other works, but the beauty is in it’s simple light-hearted approach. As with ‘Hugo’ the director has nothing more to prove, he’s just having fun moving characters around in yarn. But it is a good one, with a great simple message for all “Ce Qui Sera, Sera… (What will be, will be)”

Score 9.5/10 (Comes out on DVD this week, well worth buying. Hey, make a midnight stroll out of it)