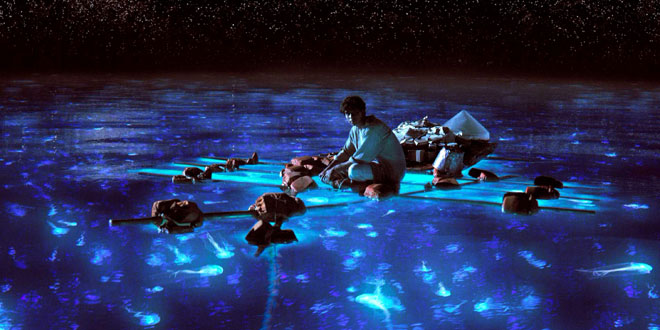 There have been many a tale told of human survival in the face of certain death, movies from based on true stories, i.e. Alive! and 127 hours, all have proven the last ounce of will to live is also the last thing to die in a human spirit. Pi Patel’s story portrayed in this film is not based on anyone person’s account;however, it no less inspirational or compelling for it.

Ang Lee’s Life of Pi takes both the titular character and the audience on a fantastical journey of survival and perseverance in the face of sheer oblivion. Crossing the Pacific with his family, their transplanted zoo animals and the prospect of a new life in Canada, his ship sinks in a devastating and horrifically rendered storm at sea. Pi is the only human survivor, adrift in the vast and unforgiving pacific, alone with one major exception: Richard Parker, a fully grown male Bengal Tiger. From the onset the odds are against any chance of survival, add a carnivorous man-eater into the fray and you can only hope the end is quick. 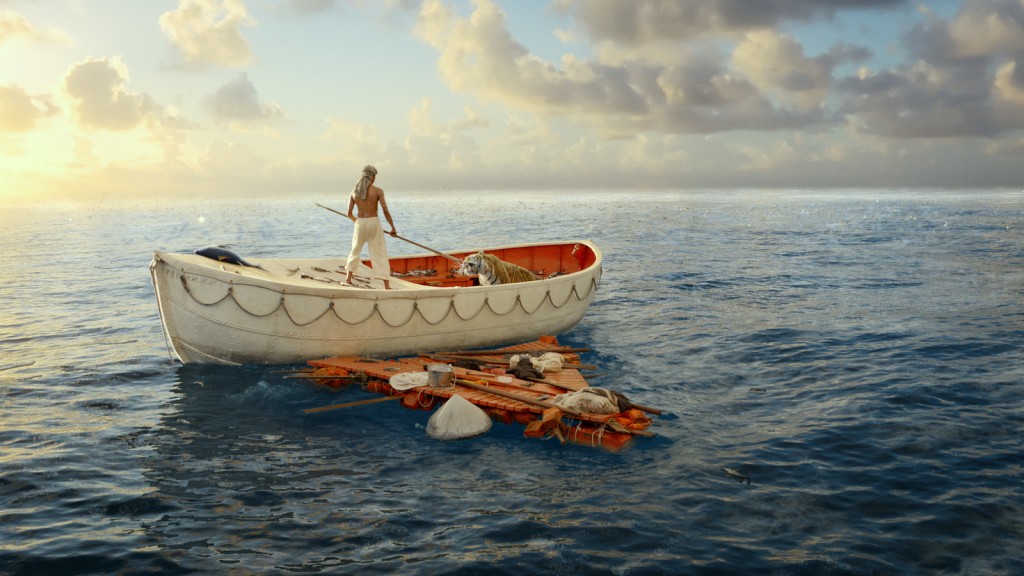 At first, as time passes slowly and unmercifully, Pi must learn how to collect fresh water, fish and ration for food, and above all not become the last meal of Richard Parker. Though as vicious as an adult Bengal Tiger can be the sea is even more unforgiving. Pi looks out on the endless blue with no civilization or hope in sight every day and it begins to wear on the poor cast-away. He starts to wonder if there is any reason to continue his journey.

As odd as it may sound, it is Richard Parker that serves as the reason for Pi’s survival. He knows the tiger can’t survive on it’s own in the middle of the ocean without care from a human zookeeper. His unrelenting love for all animals, being a zookeeper’s son, throws him into this role; feeding him regularly and training the tiger to respect him. He continually uses this as motivation to carry on day-to-day in the wide expanse of the sea. 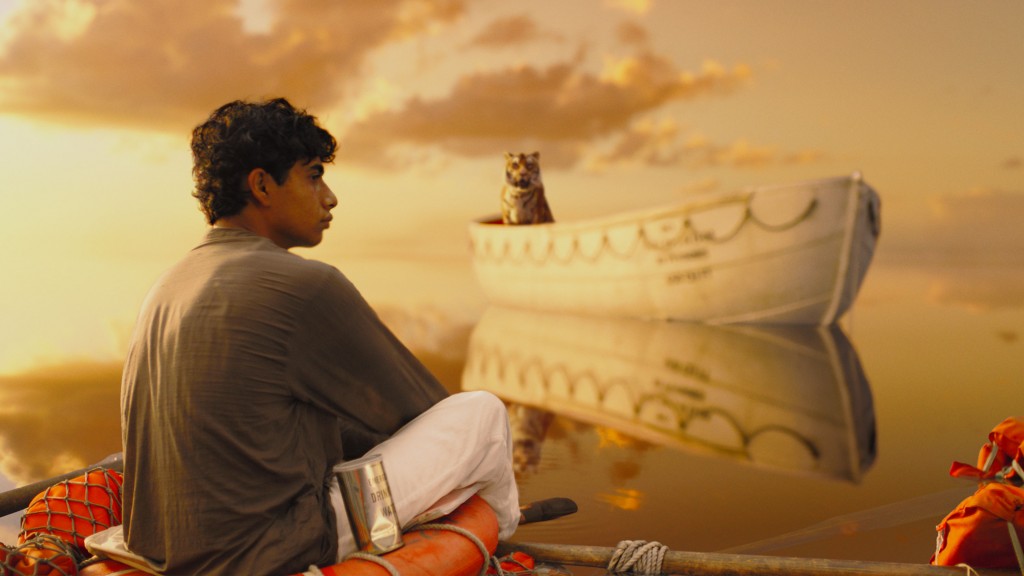 In the book the film is based on by Yann Martel, the notion of animals adjusting to life in zoo’s is reinforced throughout the first few chapters. Zoo’s are just another habitat, the difference is that the animals are given food regularly, provided shelter, a safe place to sleep and protection from predators. Just as Zoo animals adjust to their environments amicably humans also do the much the same, creating places where food, water, a safe place to sleep and things that provide comfort are all in one place. Needless to say though most animals have a much higher survival capacity than humans.

Torn away from family, friends, easy access to food, entertainment, and a phone signal most people wouldn’t make it past the first day. Pi had to rough it for some 200 days, while taking care of a tiger and mourning the loss of his entire family. Will-power truly is a remarkable thing when push comes to shove; however, that is the key, force of will. What gives us the ability to forge ahead through the darkest of times?

Life of Pi presents a fantastical reality of the titular character’s world through his days adrift at sea. By the story’s end what got him through it all is hard to fathom but at the same time highly relatable. Considered not film-able considering the setting of the novel, Ang Lee brings remarkable cinematography, special effects and heart to a both unique and universal story of human struggle. 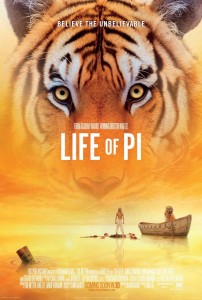 8.8/10 (A truly amazing and dazzling adaption of a so called ‘unfilmable’ book)