I’d rather learn from one bird how to sing than to teach ten thousand stars how not to dance. -E.E Cummings 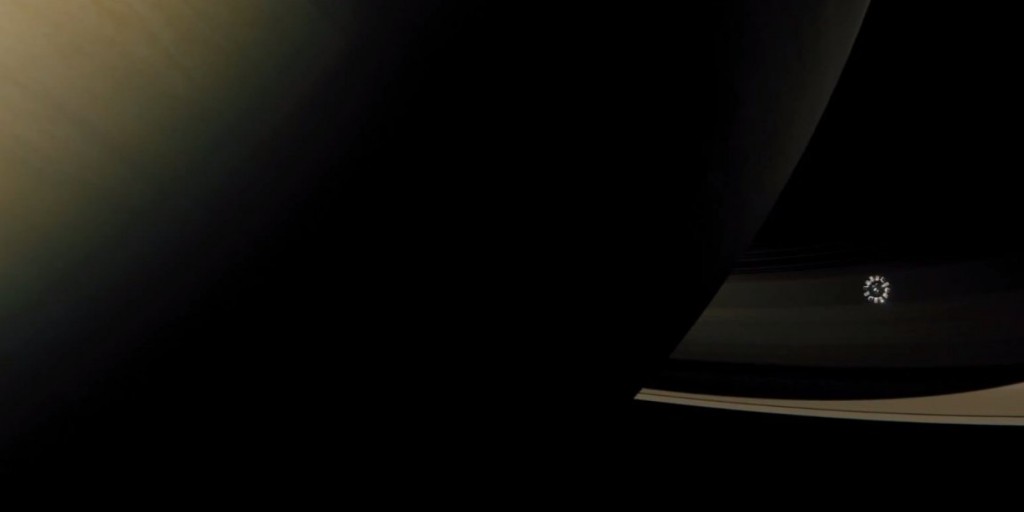 I find that my own enjoyment and appreciation of all Christopher Nolan films come from just realizing the sheer audacity of his complicated and evolving narratives. From the unreliable narrators in Following and Memento, to morally questionable protagonists in Insomnia and The Prestige to re-imagining Batman as the super anti-hero in his Dark Knight Trilogy, hardly any other filmmaker takes as many risks and rewards his audiences because of them. Case in point, the entirety of Inception could have been completely driven by just the imagination that was generated by the dream-layers and idea theft, and his latest Interstellar shares much with that previous effort; in scope, plot devices, complexities and ambition. Say whatever you want about Nolan in his style of writing and filmmaking, but never be in doubt that he rewards those who follow his stories closely and that he has greatly ambitious goals and ideas in the projects he creates. Really is there much else that can be asked from a filmmaker?

Former NASA pilot/engineer Cooper (Matthew McConaughey) is witnessing the Human race slowly die-off at an unspecified time in the near future. “We used to be explorers, pioneers… now we’re just caretakers” he laments early on in the film. Dust storms tear through the farm belt he and his family live in with increasing ferocity, very few people can attain a higher education to get away from the area and the rest of the world has seemingly resigned itself to a subsisting existence: living only to get to the next day. Dreams of a greater and better future are lost in the suffocating dust and wind. Until one day when a series of seemingly inexplicable anomalies and events take Cooper and his precocious and bright Daughter Murphy (Mackenzie Foy) to the door step of the people who are planning one last ditch effort for the continuation of humanity. He of course signs on to the mission, one catch, their solution is not terrestrially based. He, and the rest of his determined crew, must go beyond the comforts of our own planet, solar system and loving family to save the human race.

From there Interstellar is a tense, thought-provoking and amazingly emotional sci-fi journey of an exceptional level of craft. With the film’s DNA firmly intertwined with that of 2001: A Space Odyssey the director clearly had many lofty goals for this project. Being a wide theatrical released movie that tackles the concepts and themes of humanity’s continuation beyond earth, space travel, general relativity, wormholes, black holes, discovery, and existence itself, it packs a lot in it’s nearly three hour running-time. Even though elements are similar to other sci-fi space-travel movies nothing seems stale or generic here, it is all rendered with outstanding skill, creativity and a strong emotional pull that is rare in these high-concept movies.

Going through a welcomed career resurgence, McConaughey can point to his turns in True Detective and here as the Astronaut Farmer as the best highlights thus far. Creating a protagonist we’ve seen before; that of the down-to-Earth humbled character who is entrusted to save the human race, but done with such emotional resonance that in one scene conveys so much with not a word spoken the effect is rather jarring. Not to give away what that particular scene entails, but let’s just say the consequences of traveling into deep space are much more severe than simple amount of distance apart from Earth. Mackenzie Foy is a natural at her age as Murphy Cooper, the ever curious and questioning daughter who cannot come to terms with her father’s departure. In terms of the rest of the cast, having 2/3 of the main leads being strong-willed Female Scientists/Engineers is a very welcomed aspect. Anne Hathaway as fellow astronaut Brand tries to quantify the unquantifiable, portraying being unprepared meeting the unexpected on a journey far beyond known boundaries. Jessica Chastain as a determined scientist in a race against time trying to solve one great mystery as Earth gradually collapses around her is outstanding as always. Michael Caine, Casey Affleck, Wes Bentley, and David Gyasi all round out the cast nicely in roles ranging from beyond the stars to earthbound.

But it is frequent Nolan contributor Hans Zimmer that creates an unforgettable pulse-pounding Strings and Organ score that is a presence onscreen in and of itself. Generating atmospheres of both wonder and foreboding in equal parts, the score in many instances takes the place of the typical space sounds in Sci-fi, i.e the humming of the engines, the “whoosh” of a ship flying by the camera. There are also just enough times when we are allowed to experience the silence of outer space in all its vast eeriness. A grand orchestral score that even overrides some dialog at times, to the annoyance of some to be sure but with a soundtrack this good and theater quality sound system I cannot complain. If audiences feel that this sweeping music manipulates to a distracting and necessary degree, I offer that like in previous works of the Director (like Christian Bale’s Batman Voice) it doesn’t matter if you pick up each and every syllable of what exactly is said, what matters is the presence and feeling that is brought to the screen. Here the music adds to both the awe-inspiring and terrifying aspects of space travel, daring you to immerse yourself in the moment. 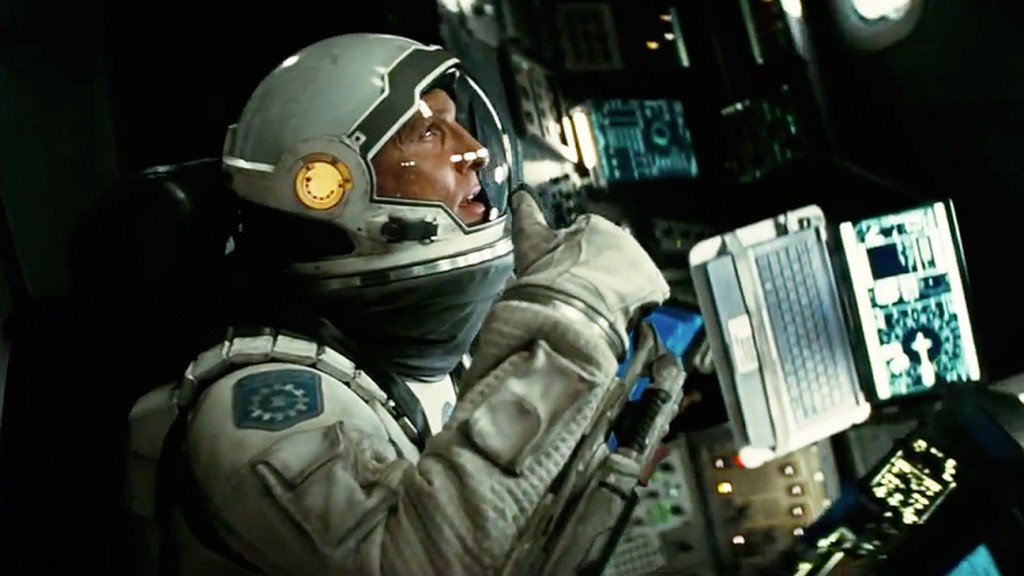 As far as I am concerned the science presented in the narrative is accurate-ish; the use and explanations of black holes, worm holes, time-dilation, gravity and relativity were good and rendered well enough to where I wasn’t taken out of the movie. Theoretical physicist Kip Thorne served as the scientific consultant and executive producer on the project and a certain grasp of cosmology and physics is clearly evident on-screen. Visualizing theoretical and speculative science on-screen is always a joy to witness, and the recent trend in high-concept sci-fi has reached a grand achievement with Interstellar. It should also be noted for once film characters look up into star-filled sky and don’t see an invading alien force or meteor about to destroy the earth; they see hope, possibilities and promise. To strive for the beyond the stars means more than just simple endurance challenges and technological endeavors, it is understanding our very nature that we push further than previous generations ever could’ve imagined.

I am intentionally vague as to what exactly transpires beyond a paragraph synopsis because finding that all out for yourself is what movies like this try to convey. That quote highlighted above was used by Roger Ebert when he reviewed Kubrick’s Opus 2001 back in 1968, to which Nolan pays liberal homage to here. What the poet meant to convey specifically is up for interpretation, for yourself to decipher. No one can just tell you what it is about, you have to come to it on your own. That is pure discovery. Exactly. 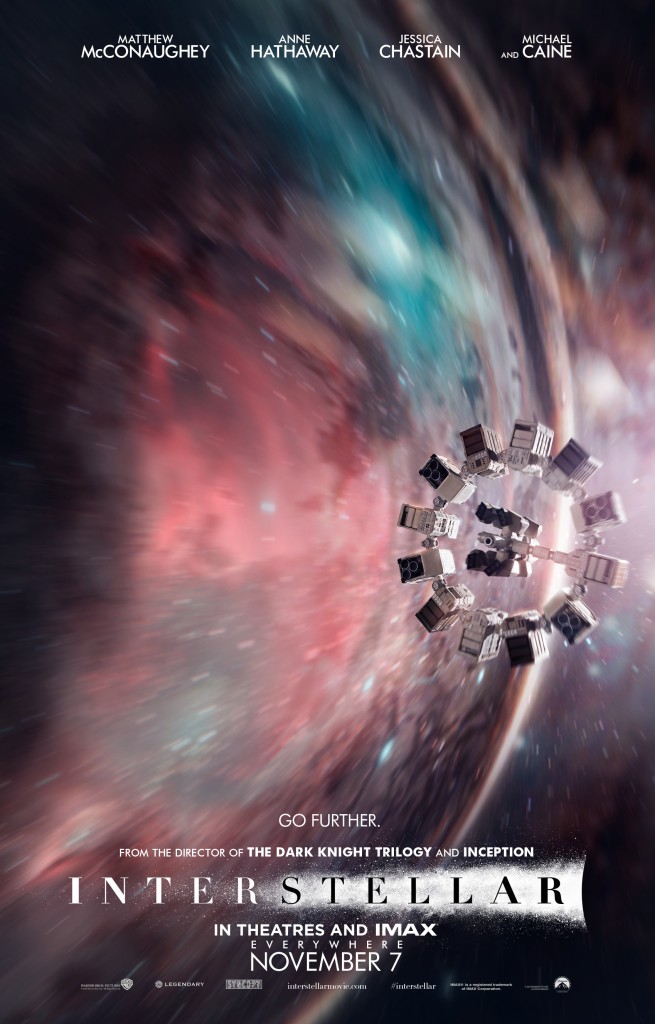 9.3/10 (A Journey Of The Stars, The Mind And Emotion; Nolan Proves That He Is Not Just The “Cold Calculating” Filmmaker, There Can Be Relatable Warmth As Well. Visualizing Complicated Scientific Concepts With An Imaginative Flare And Emotional Pull That All Sci-Fi Should Aim To Accomplish)