This one goes out to the has-beens, also-rans and outright failures. Subject material that couldn’t be more tailored made for the Coen Brothers warped sense of optimism, which could also be called sugar-coated cynicism. 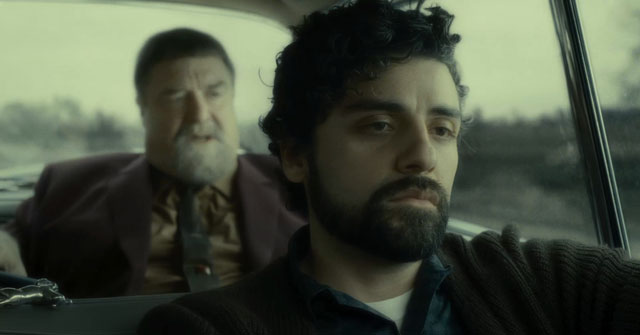 I have said it before and I’ll say it again, films are our time machines, they can transport and immerse us into a by-gone era and world. Greenwich village, New York City 1961 is the time and place for the dynamic filmmaking brother duo to continue to give their audiences a “protagonist” by the barest definition of the word, or a Coen-Brother anti-hero more appropriately. A greatly enjoyably glib and acerbic Oscar Issac plays the titular folk musician slumming it in the village waiting to catch that big break, or any break. Taking gigs in whatever run down bar he can, living in the apartments and off of the kindness of the people that he can still call friends.

Having just lost his musician partner to suicide, it is understandable why Llewyn’s attitude towards people is so abrasive. The two were about to hit the big time and then stuff just happens. Out of all the people he can still lean on one seems to have had enough of his act. Jean, played with a furious streak by Carey Mulligan, is part of a successful duet with another folk musician Jim (Justin Timberlake). Though from Llewyn’s point of view the two sold out to get kids dancing out on the floor rather than having any “true” artistic merit. Jean and him have had a previous history together that resurfaces in an untimely way for the both of them. Even with this new development, he remains just as undeterred, detached and distant from the seemingly unrelentingly cruel world engulfing him. His label won’t support him as a solo act, the album he did do is taking up space in record store rooms and the only acts that make bank are the sell-outs (at least according to him). 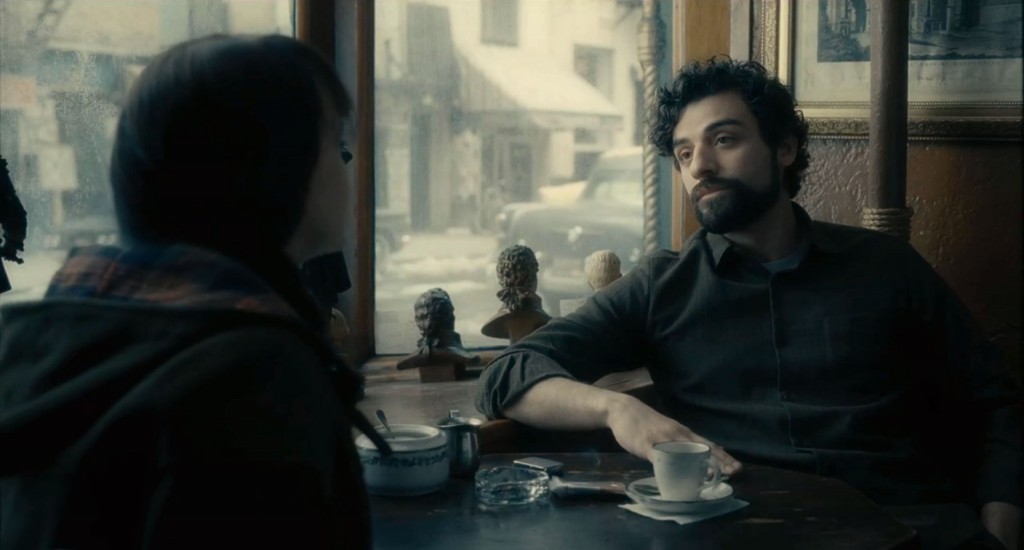 Now, I’m no Folk Music enthusiast by any means, (I’m impartial to it at best) that being said the songs and vocal performances are fantastic in this. Echoing their Blues influence readily with every bar and note. Fittingly setting the tone of the Llewyn’s murphy’s-law-Ulysses-esque journey within the city and from NYC to Chicago. Additionally, the washed out lighting cinematography adds to the overall aesthetic of a time stuck in the past and isolating the main character in many of the frames visually portray how detached he is. In effect, the audience’s experience is just as stuck and adrift in time as the main character throughout the story.

Another movie this year that centered around characters stuck in a certain point in time and needing to move on or grow-up in their lives was Noah Baumbach’s energetically fun Frances Ha. Where Greta Gerwig plays the titular Frances, a young woman that isn’t quite in synch with her current place and situation. Both Frances and Llewyn can’t quite gain the right prospective on things and react in very different ways to their respective struggles. Either blissfully unaware of real-life’s struggles as with Frances or outright disdainful of the unforgiving and “commercial” world surrounding him as with Llewyn here. 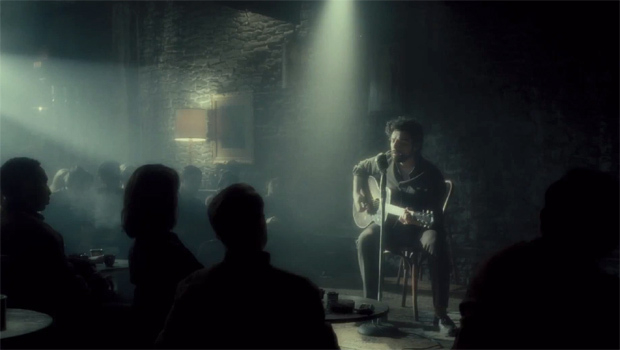 It is a complicated relationship we have with the character; he’s talented no doubt, but an absolute prick to others. He’s been through a lot, but complains and whines constantly about it. We sympathize with his struggle to find his niche in life and to be a somebody, but not with his attitude going about it. We laugh with Llewyn when he points out exactly what he thinks about the people around him and we laugh at him when the obstacles start to mount for him in ridiculous ways. Which is what the Coen Brothers are geniuses at, as they make you really think about what you are laughing at and why.

By the end of his hard-luck story we find him, literally, right back at the beginning of the story. Obviously reinforcing just how stuck the guy is, but it begs the question of do we still find sympathy in this man that we were so concerned with in the first go around of the scene? It is all subjective but it all goes to show, as a silhouette cameo suggests, that as some of us will be able to stand on the shoulders of giants we will also be standing on the broken pieces of dreams and promise never fully realized. 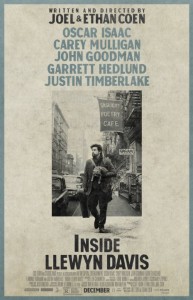