In Krzysztof Kieślowski’s masterpiece The Double Life of Veronique, Irene Jacob’s aspiring singer Weronika while living in Poland catches a glimpse of her doppleganger randomly passing by in the middle of a city square. She does a double-take, thinks of it as a strange occurrence and moves on, blissfully unaware that both in folk-lore and especially in cinema seeing your double hardly ever brings good tidings. 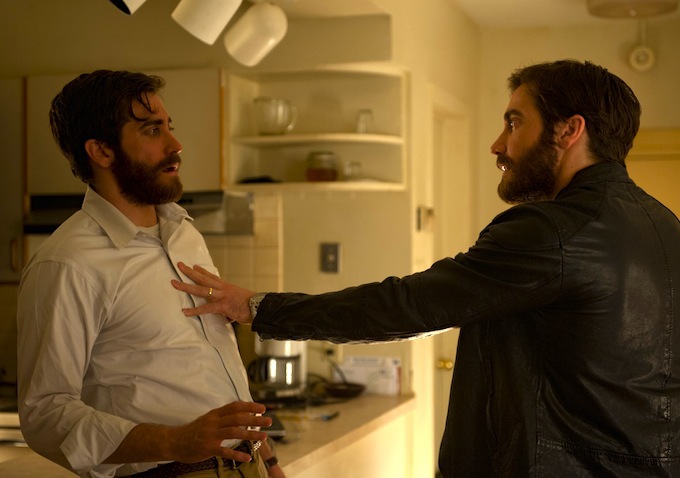 Last year, director Denis Villeneuve garnered critical and commercial success with his first english language movie Prisoners, a methodical and suspenseful procedural from the Canadian filmmaker that earned a very high honorable mention on my top ten of last year. Here he takes one of that film’s stars in Jake Gyllenhaal and puts him and us as an audience on a journey into the twisted, strange and sublime. It starts with a view of Toronto’s Skyline colored in a yellowish hue, a recorded message from a concerned mother plays, we see a shot of a man staring off blankly in his car, then one of a naked pregnant woman we cut to what looks like a ritual out of Eyes Wide Shut with its sexual imagery then our protagonist wakes up. It’s going to be one of those movies.

As with many of these subversive reality movies relating the plot would do no good in better getting across reviewing the piece. The themes that are touched are better left to be absorbed upon seeing it for yourself. So instead for right now I’ll illustrate a neat little cinematic technique that I like to call the “Rule of the Freudian Three.” Derived from Sigmund Freud’s theory of the three parts of the human mind. A recap of undergrad freshmen general psychology: The ID is the spontaneous, irrational and never-satisfied part; the Ego is the rational, ponderous and careful part and the Superego plays as the reconciliation between the two vastly different psyches bridging them both together to form our personality. Characters in movies often represent these three personas in order to empirically show the conflict that rages inside all of us. 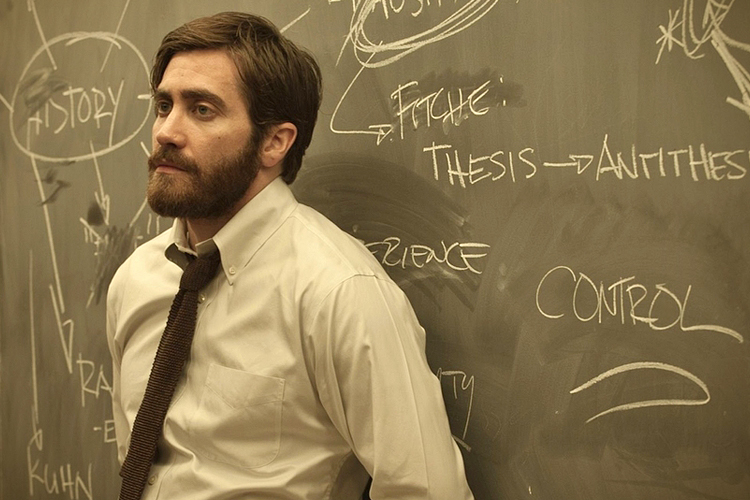 Countless great filmmakers have payed tribute to this concept and achieve great success doing so because we inherently and perhaps even subliminally relate to the dramatic conflict presented to us on-screen. Ingmar Bergman’s three sisters in his miraculous Cries and Whispers provides a shining example of the emotional battle that we all struggle with. Two differing sisters Karin and Maria argue, fight and demean each other and only after their sister Agnes, superego, dies. Stanly Kubrick in Dr. Strangelove had Peter Sellers play three distinct roles for a reason; rational Mandrake is the ego, the dangerously implusive Dr. Strangelove is the ID and President Muffley is the Superego. That two of those characters actively try to defuse the threat of nuclear annihilation while the other damn near wishes it would occur says all you need to know about the inner conflict of our minds.

Bringing us to Enemy where disheveled history professor Adam Bell is leading a relatively normal lifestyle until a background extra in a movie he watches looks uncannily familiar to him. He searches for the man that he shares a face with and we’re off to the races. Jake Gyllenhaal does his best work to date here as the two doppelgängers who subtly act as polar opposites and are just as curious and surprised as the audience of the idea that there could be another perfect physical match of ourselves out there in the world. The film begins to delve into the world of the subconscious and augmented reality as the two are brought closer and closer as if to say this is a new world that we have entered there are no rules. 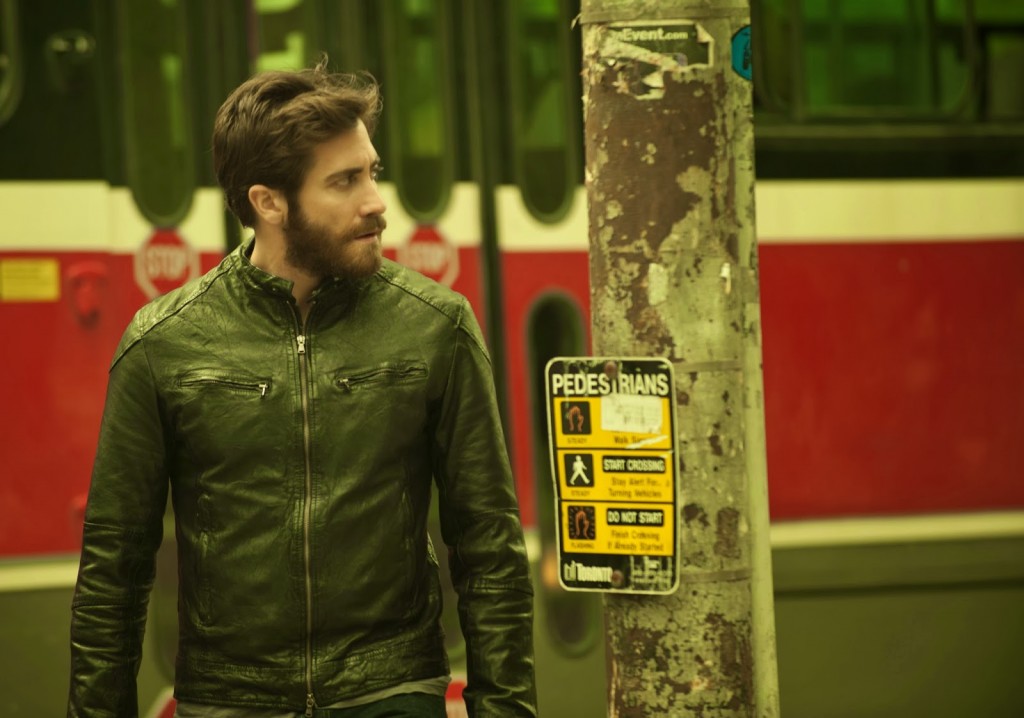 As a filmmaker Denis Villeneuve has proven with Prisoners that he can be a great procedural director, like a David Fincher, more interested in giving his audience a step by step breakdown of how plot points are connected and arrived at than the big overall ideas, themes and mood of his work. Pacing his films methodically and carefully as they move along. Here with Enemy he adopts a style more akin to a Michael Haneke or David Lynch where the prevailing feeling of dread is palpable with the constant yellow hue in the cinematography signifying decay and sickness. There is something wrong here, we’re just not sure what. The driving mysteries that cloak the film are engaging; how could there be two identical people are not twins or clones? What is their relationship going to be like? Why are spiders taking over Toronto (Yep, that is also going on too)?

Thus far I have mentioned Kieślowski, Bergman, Kubrick, Haneke and Lynch in this review, rarified air to be sure and a great company to be in. I can say nothing truly against it; it is crafted like Under the Skin to evoke a response. Where Glazer was going for pure emotion, here it is more methodical to get synapses firing and getting a mind to think and ponder if only for a few seconds about… well you’ll just have to see. Unfortunately suffering the worst distribution I have seen for a film with a big name filmmaker and star, it was never within 20mi of Boston for instance. Hopefully this will find the right audience to see it and become as immersed as I was in the this existentialist mystery thriller.

Going back to the spider imagery, for Bergman spiders symbolized God; an uncaring, unemotional unbiased primal force of nature. There is a power driving the universe, but it is oblivious to our plight, wants and needs. It just is, it exists, nothing more. Movies like Enemy are an effort to show the more we try to find patterns, rhyme and reason the more we are befuddled and unsatisfied time and again. To show the chaos around us and within ourselves. However, as always chaos is order yet to be deciphered… 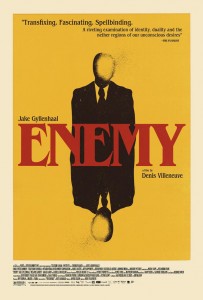 9.3/10 (A Deeply Disturbing Look at The Effects of Totalitarianism? The Subconscious? When Filmmakers Have Too Much Creative Say? You’ll Have to Tell Me, This is All Just My Take after all)