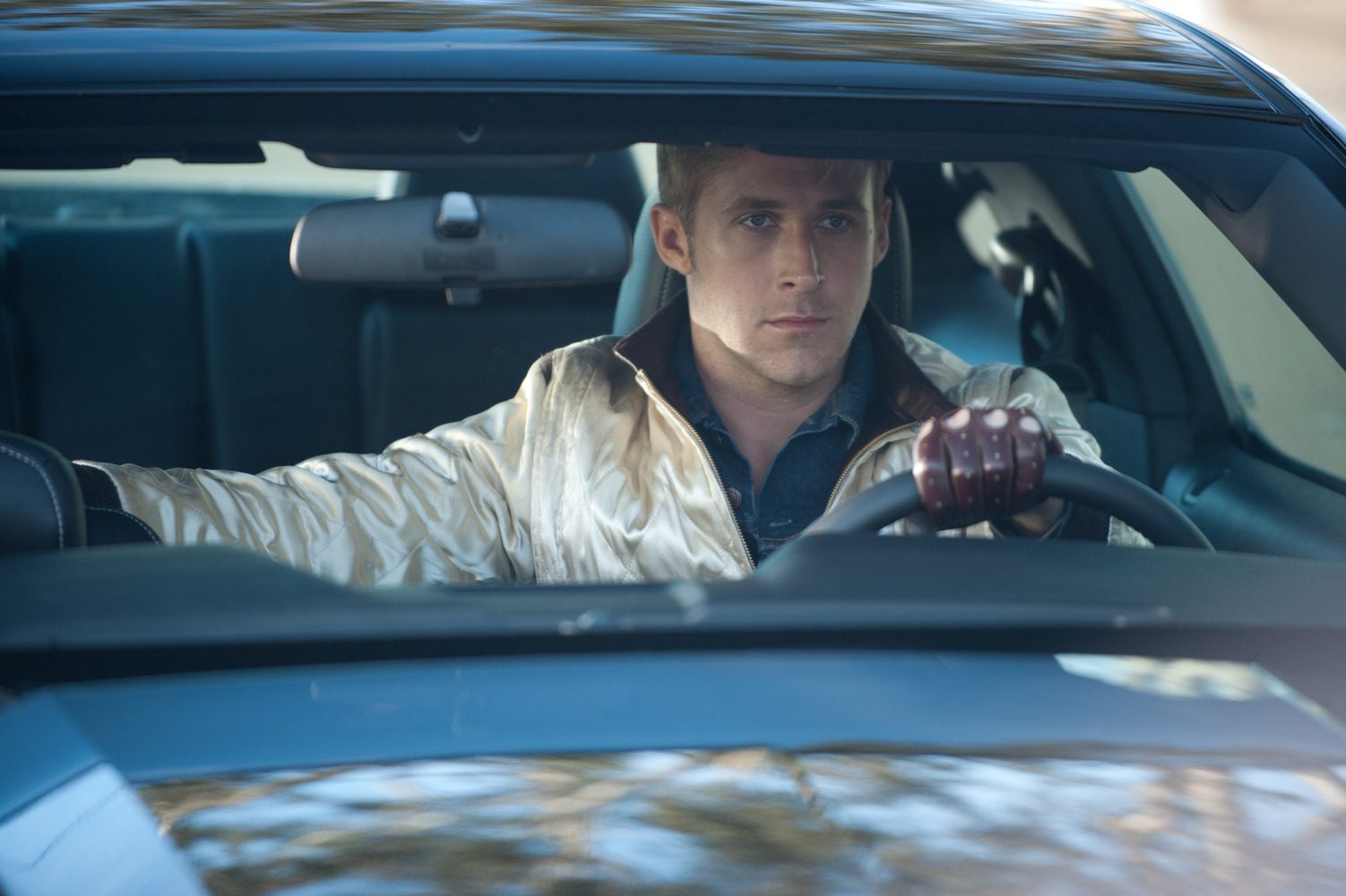 Ryan Gosling is ‘The Driver’, he drives, fast and reckless both in his day-job as a stunt and extracurricular activities as a get-away driver at night. He hardly acts human, hardly ever smiling or emoting in anyway. Until a single-mother waitress, her kid and past come into his life.

It takes a long time to become fluent in the language of cinema, something I certainly haven’t achieved…yet. Some would say it would take more that an entire lifetime of appreciating and honing the craft to understand. The director can be thought of as a professor steadily guiding a willing pupil through his/her looking-glass lens. That in and of it’s self is the crux of the problem, it takes two to tango. A sure-handed artist and an open-minded student/audience. The great voices in cinema, from the very beginning, cannot and shouldn’t waver in their tone, even if it’s not to their audiences taste. Furthermore,  we all hate being lectured at or are pummeled by a overbearing message. As Michael Caine’s character in the mystifying ‘Prestige’ narrates in the beginning, a good magic-trick begins with a pledge. A promise that the performer will show you something different in the most engaging way possible.

Which brings us to ‘Drive’, directed by Nicholas Winding Refn, centering on a character straight out of an Eastwood western. He doesn’t have a name (‘The Driver’), he hardly speaks and, seriously, his name is ‘The Driver’ in the movie. Well, he isn’t much of a conversationalist, but when he gets behind the wheel of a car he communicates volumes. He uses his skills for both legit and off-the-books jobs in the greater L.A area. Stunt Driver by day, freelance Driver by night. In other words, he has it made, infused with the ability to weave in and out of the acceptable and shady sides of society. Everything is going seemingly well for ‘Driver’ until, as in most movie cases, the girl next door enter his life. In this case, it’s Carey Mulligan’s Irene and her young son Benicio that comes into his already complicated life.

It is the scenes where the previously stoic driver gradually bonds with the two that evoke the language of cinema. A keen viewer will note he bonds more so with the son in his actions than Irene with casual conversation. This playful and warming tone is replaced rather abruptly by the Driver’s tie with organized crime. Breaking Bad’s Bryan Cranston’s Shannon acts as a fatherly figure, so he thinks, to the driver. He gets him his cars, fixes them up for him and provides him his legit on-the-books work.  Shannon also has a past that comes into the light. An excellent Albert Brooks, breaking from his usual comedic characters, plays mob boss Bernie who has the resources to get Shannon a real racing car exploiting the driver’s natural talent. It always costs more than you think.

The second act of the film, in stark contrast to the subtle nuanced quiet first half, takes several sharp violent turns. Though never seeming out of place, nearly everyone of the characters introduced has something to hide, when they bubble to the surface they clash violently with each other. Indeed, it’s like Quentin Tarantino took over direction in the latter half of the script and It is these two distinctive acts that really gives a engaging experience of this usual crime-gone-awry stories. The story is bent but never broken. Which is the film’s greatest weakness and strength, predictable but harrowing. One should be able to guess where this will end by the half-hour mark. However, it’s not what you are showing it’s “how” you are showing it.

I only thought of one thing while watching Gosling, Steve McQueen. Certainly this was a story suited to the “King of Cool”. The driver readily personifies the McQueen type; fast and furious, but always in control to a fault. Indeed the story itself personifies the type, cool and collected with violence brimming at the surface. Although the story erupts in brief but unrelenting violence, we’re always aware that a sure-hand in Refn is guiding us in this sordid tale. The pledge is again fulfilled.