It’s a welcomed surprise when a movie that is otherwise pretty piss-poor sci-fi gives an unexpected insight into a beloved character, I’m speaking of Star Trek 5 where Captain Kirk resisting the influence of a telepathic emotional healer that can take away years of deep inner pain and anguish for him defiantly states that “I need my pain!” It’s the one intriguing moment in a disaster of a outing for the franchise. He doesn’t want his pain to lessen or go away it is what makes him Kirk and makes him a leader of men, it defines him. What would he be without it? 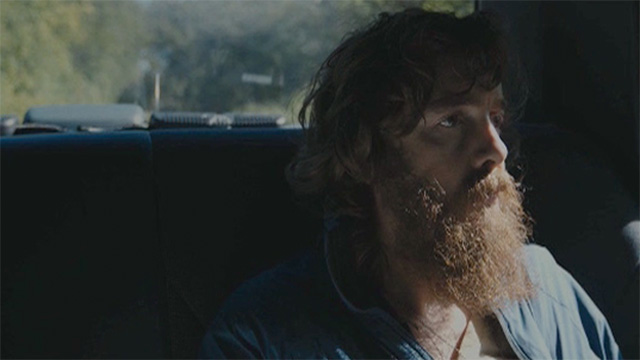 Revenge has been a pretty common go-to M.O for many an anti-hero character in film for decades for a good reason; It is a powerful and deadly energizer for even the most seemingly normal average people. Mild-manner family man is leading a normal life until said family is taken away from leading him to do previously unthinkable things how many Liam Neeson, Harrison Ford and Charles Bronson movies could that be the synopsis for? Not to say that I mind, anyone can unwind with a good kick-ass revenge thriller as much as anyone else. There are very few those kind of movies that try to penetrate the surface of the concept in order to analyze the idea of being driven to take ruthless vengeance on others.

A natural in Macon Blair plays Dwight, a regular drifter; unkempt, aimless, wandering around sneaking into people’s homes while they are away to use their facilities. The only sort of procession he has is the beat-up old Pontiac that he lives in. Essentially he is every person peddling for change on the sidewalk that you see, until a cop friend of his shows up to tell him troubling news. We’re not privy to exactly what this news means to him, but all of the sudden Dwight’s expressive eyes light up and have focus and purpose. He sets up repairing his car getting it back to driving shape to ride back to his hometown for a singular terrible purpose. What follows is a procedural in highly effective and understated filmmaking. 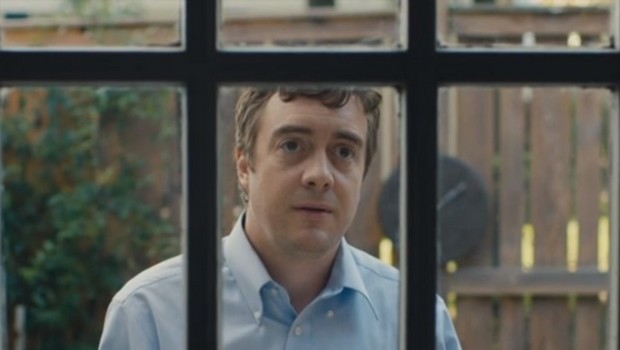 Writer/Director Jeremy Saulnier set out to make a bare bones revenge thriller, with shadings of both the classic Hitchcock and the modern western No Country for Old Men. Going into the minutia of every action that the characters take, showing his audience the mechanics of revenge and of what it can do to a person’s psyche. Films that slow down and allow audiences to take in the sequences of events that are happening are hardly ever done in the thriller genre, and is particularly unheard of in tales of revenge. It is a welcomed change of pace that in a film of this kind the filmmakers are more interested in showing the progression of events rather than rushing to the climax.

The lynchpin to the whole affair is new-comer Macon Blair who uses his large expressive eyes to convey the inner pain and suffering that Dwight has endured and continues to over the course of events. Although he takes to violence to help mitigate his pain, he retains a set of morals through the ordeal. His sense of morality is skewed to be sure, but he does have one at least. He doesn’t turn into a Rambo killing machine either, as he makes several mistakes along the way, turns to an old school friend to teach him how to shoot a gun and gives his targets all the chances in the world to stand down. We may not agree with his decisions, but we understand the place that Dwight comes from.

While the genre had previously been used mostly for escapist entertainment, Saulnier and his team craft a fine morality tale of allowing a grudge to take hold and consume a person so throughly as to lash out and turn his rage into a weapon of cunning force. Seeking to ask the questions that these kinds of films should ask: what would you do in this situation? Could you really forgive and forget? All of this serving to outline that anger and pain are a powerful emotional tools, acting as sources of fuel unequaled in most lives. With the need for vengeance serving as the weaponized sword of our pain; it will also, however, always be a double-edged one. 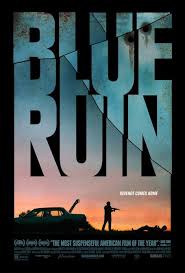 8.8/10 (A Gritty And Bare-Bones Procedural Into The Madness Allowing A Terrible Grudge to Consume And Grow Out-Of-Control)