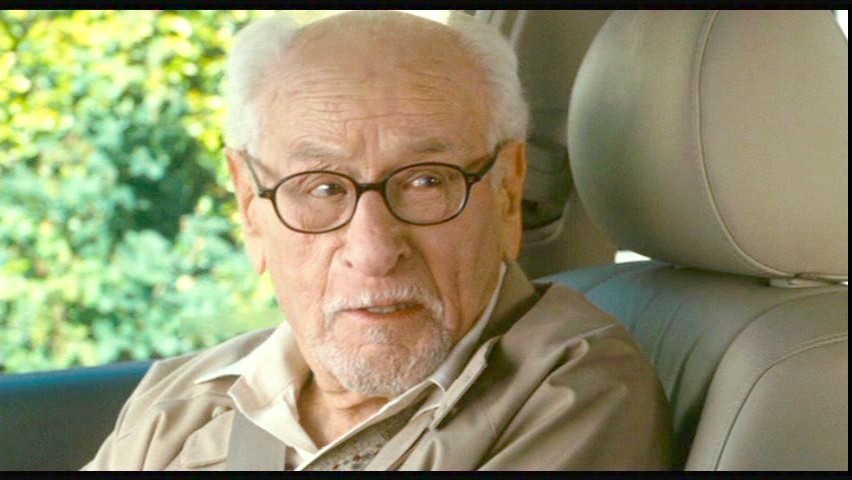 After a nearly a six decade long career in film, veteran character actor Eli Wallach passed away today at the ripe old age of 98. IMDB lists 167 actor credits to his name spanning film and t.v, including his most famous film roles in The Magnificent Seven, The Godfather Part III, and of course as ‘The Ugly’ Tuco in The Good, The Bad, and The Ugly. The role which got him the closest to leading a major cast in his lengthy career, more content with remaining in as a colorful background character of the films he acted in. Known as a cinematic ‘Chameleon’ with the ability to mold himself into whatever the role required of him.

An interesting little behind-the-scenes tidbit about his role as Tuco; during the scene where he uses a train to free himself from handcuffs, Sergio Leone wasn’t aware that there were steps put on the bottom of the train car’s doors that were a few feet off the ground. If Wallach had raised his head even a little bit while the train passed by him breaking his cuffs he would’ve been decapitated. Luckily he did exactly what he was told to do in the scene, and was able to continue chasing Clint Eastwood’s Man With No Name across the American West. Risking his life, unknowingly at the time to boot, for a role and giving it his all.

Really one cannot ask for too much more from the players standing just out of the limelight and foreground.

All the great character actors have this gift of blending seamlessly into the world’s largest microscope that is the cinema screen, and Wallach perfected this craft to a science of coming in doing a part justice and then leaving just enough of a mark on the audience . From the seminal Tuco that chased the man with no name across the old west, to the eccentric store clerk in Boston that provides a vital clue to the investigating homicide detectives he was a natural talent, always able to bring something to the smallest of roles.

There has always been many a debate in the film community of which is more important to the success of a movie; the leading actors to act as the guide for the audience or supporting actors that the leads play-off on and interact on-screen with. What is not often considered are the background characters that have one of the most thankless jobs in the industry; to come in play your part well-enough to be convincing, but not take away attention from the main cast. Now Wallach over his considerably long career did make a name for himself as the go-to veteran who could act the hell out of a bit-part, i.e Mystic River and Wall Street 2, however, there are thousands more of his ilk that fade into the the background the spotlight never shining on them.

When asked about his eventual retirement back in 1997 Wallach stated that he was never going to because he simply loved acting, and that is the mentality of so many of his fellow character actors. It isn’t about anything else other than love of the work and that’s enough. What more could just a bit-player impart on their audiences? 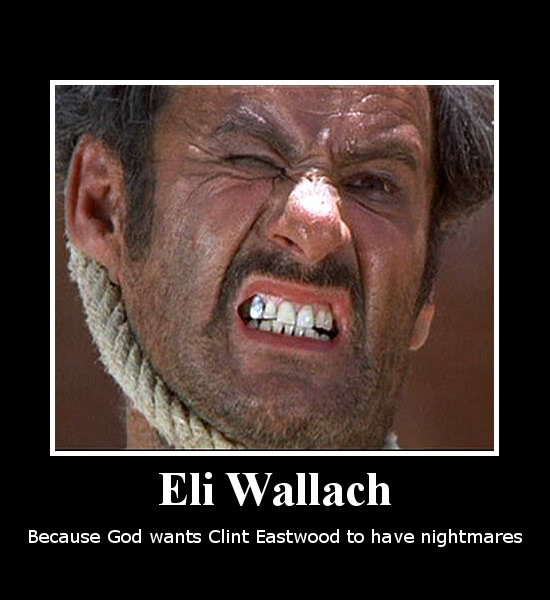 This is courtesy of http://www.socnet.com, user wks5. Nothing else to say but perfect curtain call, ride on Tuco.