Happy Belated New Year! I haven’t posted in quite awhile it seems. I’m still watching movies of course just having trouble getting down to writing long form on even the ones I really want to for various reasons. I post on Twitter and Letterbox about films when I can and have made it a resolution to write more on here for the coming year. My Best Films of 2017 will be out soon but before then I’ll make up for not writing about this past year’s releases by reporting on the films I got at this year’s Sundance. None of the highs of last year with Mudbound, A Ghost Story, Call Me By Your Name, Columbus and It Happened in LA but in fairness that was a uniquely fantastic lineup in which many would remain the best of the year for me. 2018’s lineup seemed to feature more low-key films from up and coming filmmakers, who the Festival really should be for and many of which I liked and/or appreciated. I didn’t get to as many in past years due to a truncated stay, not getting up early enough (I am on Vacation after all), and weather and road conditions. I do wish I could’ve gotten to Leave No Trace, Hereditary, Madeline’s Madeline and We The Animals, but hey, more to look forward to the rest of the year. 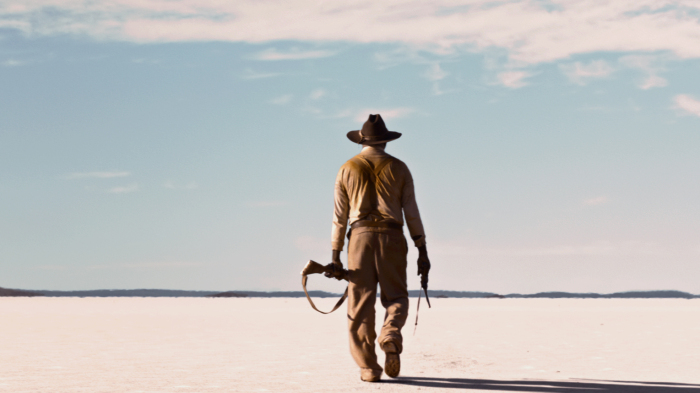 This is a brutal and unforgiving movie about racism, injustice, and understanding in the Austrailian outback post-WWI. Director Warwick Thorton’s deliberately paces this story about Sam Kelly, an Aboriginal man, on the run for killing a white man in self-defense, think No Country For Good Men. The scenery is outstanding portraying the outback as an unforgiving, harsh but at times beautiful landscape. Sam Neill, Byran Brown, and Hamilton Morris as Sam guide us along, Thorton also edits in brief glimpses of future scenes to give a sense of dread of the impending inevitability of certain story beats. Think of this Aussie Western as a much more cold version of Mudbound. 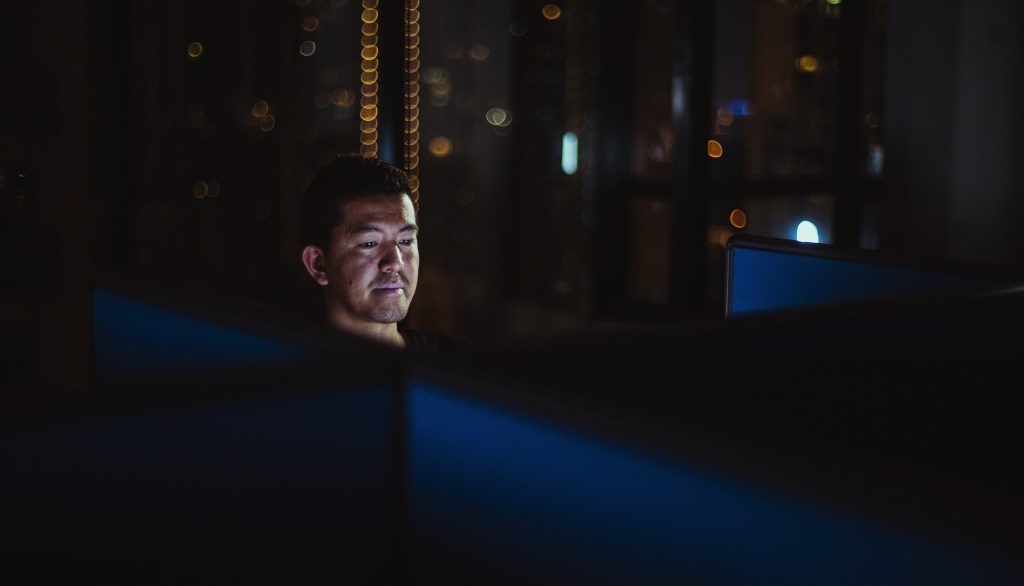 This important and revealing doc about Internet content moderators in Indonesia who are contracted by large internet companies to censor the content users put on their sites is a scary look into the underworld of the internet. Filmmakers Moritz Riesewick and Hans Block interview both the ‘Cleaners’ and the people who put controversial content on these sites that are often flagged for removal creating a complete picture of the daunting process of moderating uploaded content. As social media becomes more and more intertwined with each new generation the filmmakers ask the important question of who exactly is in control of our networks?

By far and away my favorite of the films I got to this festival, a timely a tough sit to be assured but a necessary story to be told. Documentarian Jennifer Fox debuts her strong first narrative feature about the effects of childhood trauma. Laura Dern plays Jenny a New York-based documentarian who begins to recall a past traumatic experience when she a child in a horse-riding school. Treating her recollection as an unreliable narrator Fox frames her reconciling her past as very much the interrogation of memory in a profound, cathartic, and genius move. A deeply cutting and introspective work of finding meaning in long-buried trauma and fractured past. Just bought by HBO this is a TV release to look out for, and will hopefully get a theatrical run along with it, this is definitely a story that deserves one. 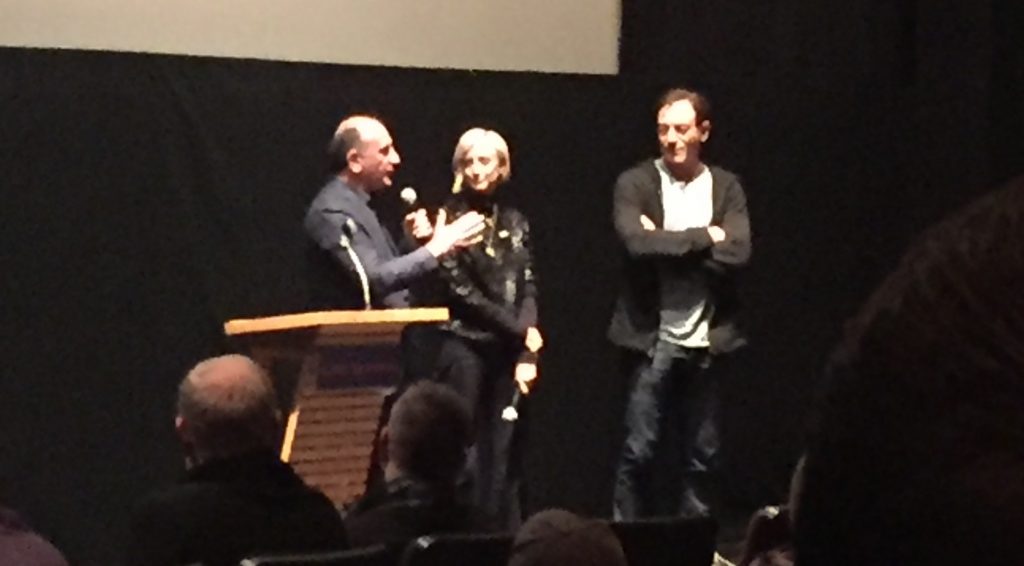 Having loved In The Loop and all seasons of Veep I was very excited that Innaucci was back making a movie. While not nearly as funny or insightful as his previous work The Death of Stalin is a very good followup in line with his previous political satires. Portraying the unceremonial end of the powerful and paranoid Leader of the Soviet Union as a darkly hilarious power struggle between his egomaniacal underlings of the communist party. Comedy comes and goes but the hits are far better and gratifying than the misses in this comedy of clashing egos.

Director Bart Layton’s followup to his great The Imposter from 2012 is another smalltown crime story this time combining dramatized scenes with actors and interviews with the actual people involved in the real story of a rare book heist in Lexington, Kentucky. Mix and matching real and fictional footage is nothing new but Layton plays with those shifts so well with seamless editing and camera work. Great performances from all involved, soundtrack and engaging Bret Easton Ellis-esque story make this an entertaining crime drama to look out for in the coming months. 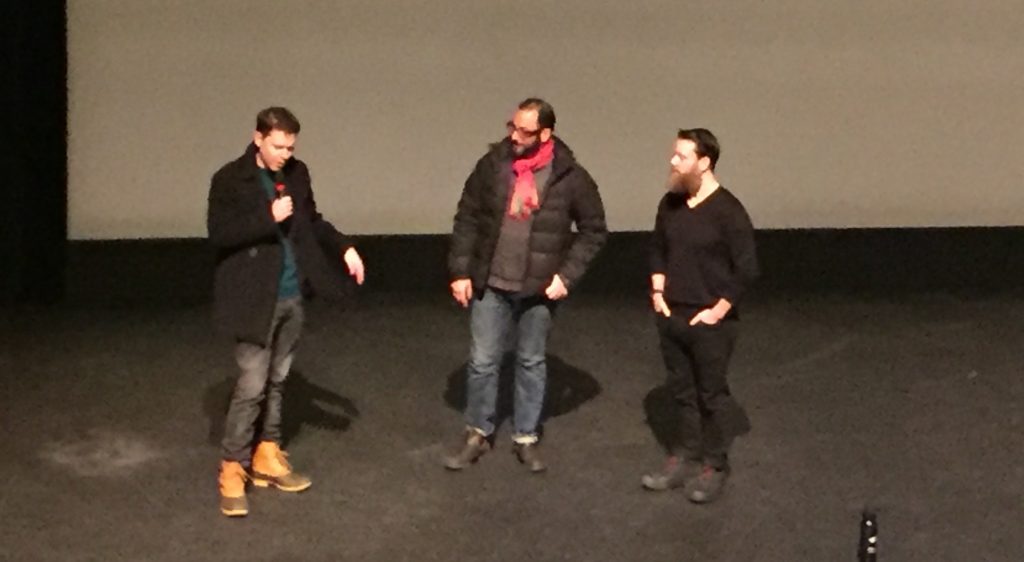 Lizzie Borden has achieved legendary status in a cult form in Massachusetts around the Country since that infamous day when her two parents were found brutally bludgeoned with an ax to death in her home. The filmmakers here decided to set the record straight on the event by depicting the circumstances that led to the murders. Chloë Sevigny as Lizzie Borden and Kristen Stewart as her housemaid Bridget Sullivan depict desperation on in a physically and psychologically abusive patriarchal setting. Solid entry, but unfortunately reminded me too much of Lady Macbeth last year which is a much stronger and unsettling film into violently manifesting breaking free an oppressive and abusive patriarchy. 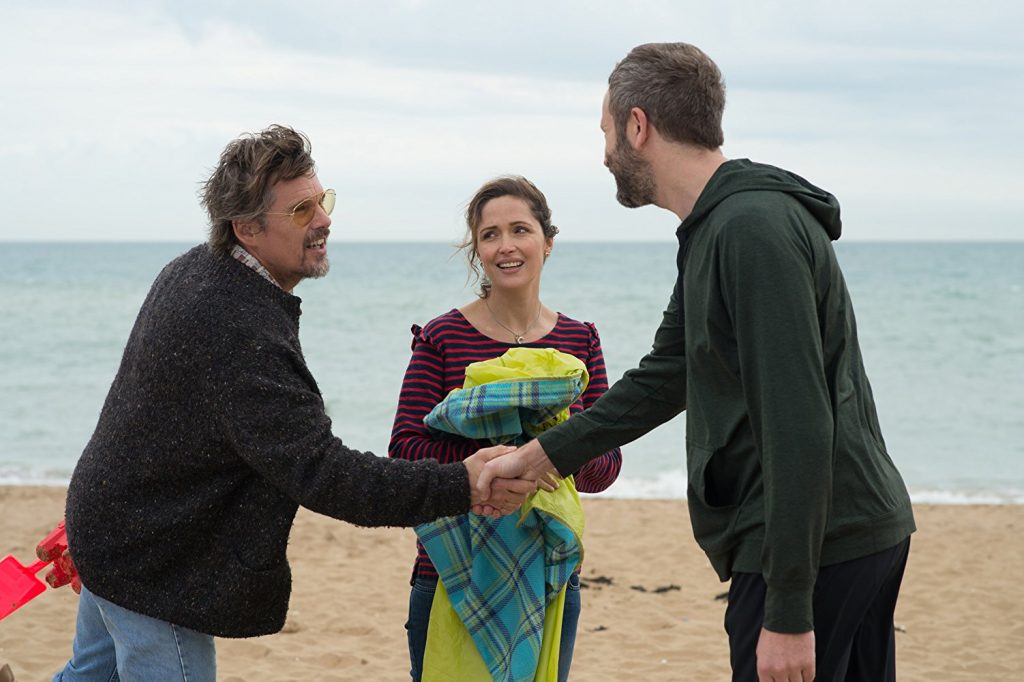 Chris O’Dowd is the MVP of this ‘fine’ romantic comedy about a hard-partying Rocker who made one album years ago that resonated with a small number of people that develop a fanatical following to it. O’Dowd is one of them and Rose Byrne his girlfriend who constantly puts up with his crazed obsession with the music. Starts off strong, O’Dowd is fantastic playing a pathetic fanatic live-in significant other, Byrne is as expressively charming as always, but the movie just can’t quite carry itself past the halfway point as Ethan Hawke’s rocker comes back into the fray ending up really dragging towards the rather weak and predictable conclusion. 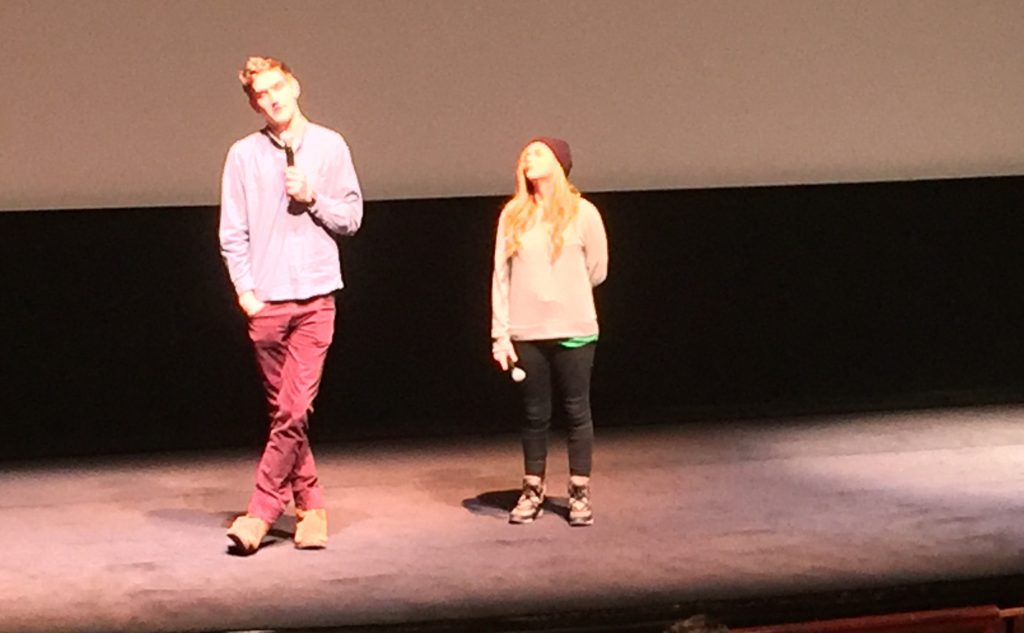 Another one of my favorites is the great hilarious, honest, painfully truthful, and the heartfelt directorial debut from comedian Bo Burnham. Showing the sheer awkwardness of the end of middle school and starting High School to a ‘T’, actor Elsie Fisher superbly shows both the paralyzing effects of anxiety and awkwardness but also the highs of learning to gradually (and not so successfully) coup with new emotions, thoughts, and responsibilities of that ever important developmental age. All done with a fantastic soundtrack and immersive sound design. 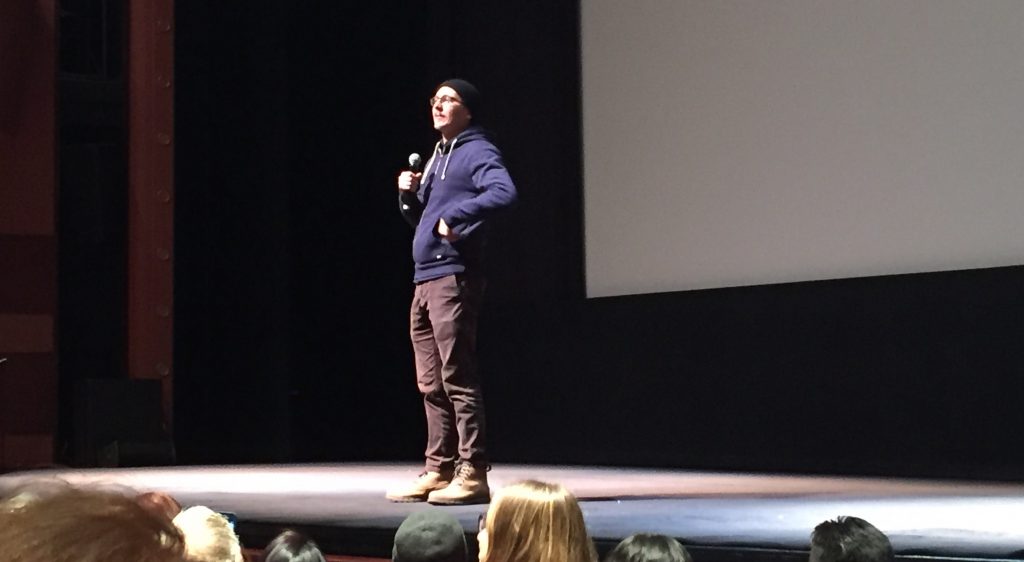 Paul Dano’s strong confident feature debut is a quietly moving family drama set in the early 1960’s Montana. Carey Mulligan, Jake Gyllenhaal, and Ed Oxenbould are the prototypical Mother, Father, Son Nuclear family unit dealing with the Gyllenhaal’s Father figure sudden unemployment. Mulligan and Oxenbould are phenomenal as a mother/son pairing as the Mother begins to forge her own identity in ways that the rest of the family does not approve of. Uncovering the angst and desperation hiding beneath the Norman Rockwell facade of the 1950’s that would manifest into the 60’s and beyond. Dano’s assured direction and methodical pacing keep us fully engaged in these character’s slowly crumbling worlds. 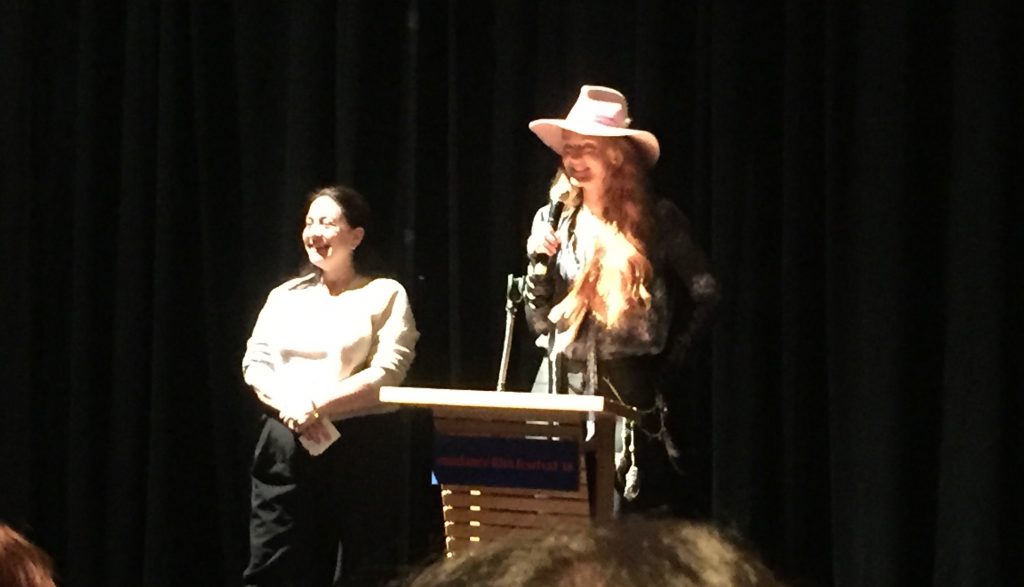 Rosencrantz and Guildenstern are dead and Ophelia is not crazy in this reimaging of Hamlet’s iconic character. Daisy Ridley is damn near perfect as the title character portraying her as a ward of the Queen of Denmark, Mother of Prince Hamlet, who wants more than her humble upbringing would suggest. An entertaining reimagining of a character that goes beyond a simple fan fiction to that gives agency to ‘Madness’ using Shakespeare’s words.

If you’re feeling less than enthused about the future of well, everything, don’t fret here’s Laura Nix going around the globe to document young people making a difference using their love for science to solve world’s issues. Documenting their projects that get them to the International Science and Engineering Fair (ISEF) a prestigious international competition Nix captures the dedication, perseverance, and eagerness to learn and make mistakes that will be needed for new generations to solve future global issues. 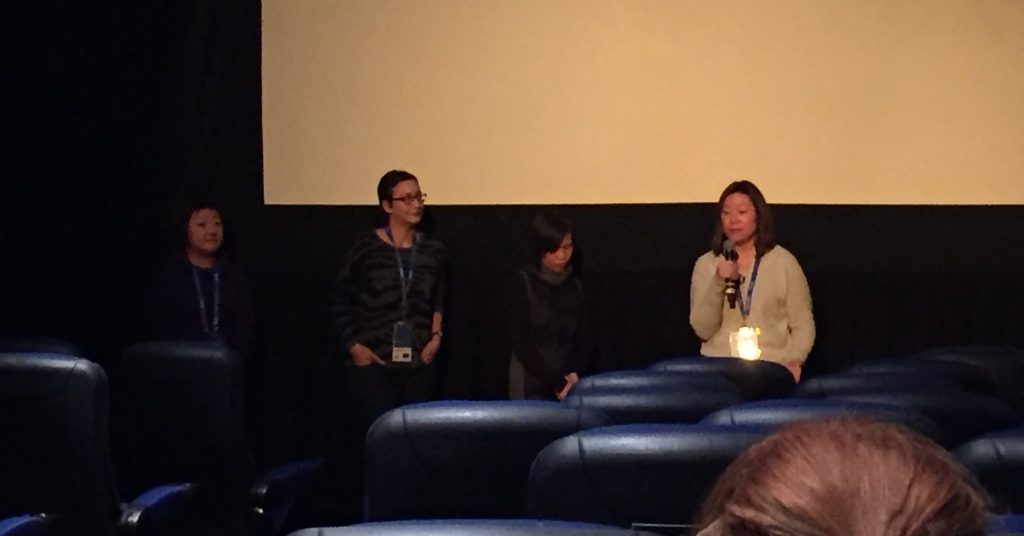 (From Right to Left) Director Sandi Tan, Cinematographer Iris Ng, and Friends/’Shirkers’ Collaborators Sophie and Jasmine at Q/A for ‘Shirkers’

My single favorite documentary from the fest is about a lost/stolen film made by a bunch of childhood friends in Singapore that sets the Director on a 20-year journey to find a piece of her history that was wrongfully taken away. Along the way, through Tan’s perspective, it is revealed the importance of expressing yourself by finding your voice and having the means to glance back at the past to have an attachment to your personal history. If you’re a low budget filmmaker or creative like myself you cannot miss this one. 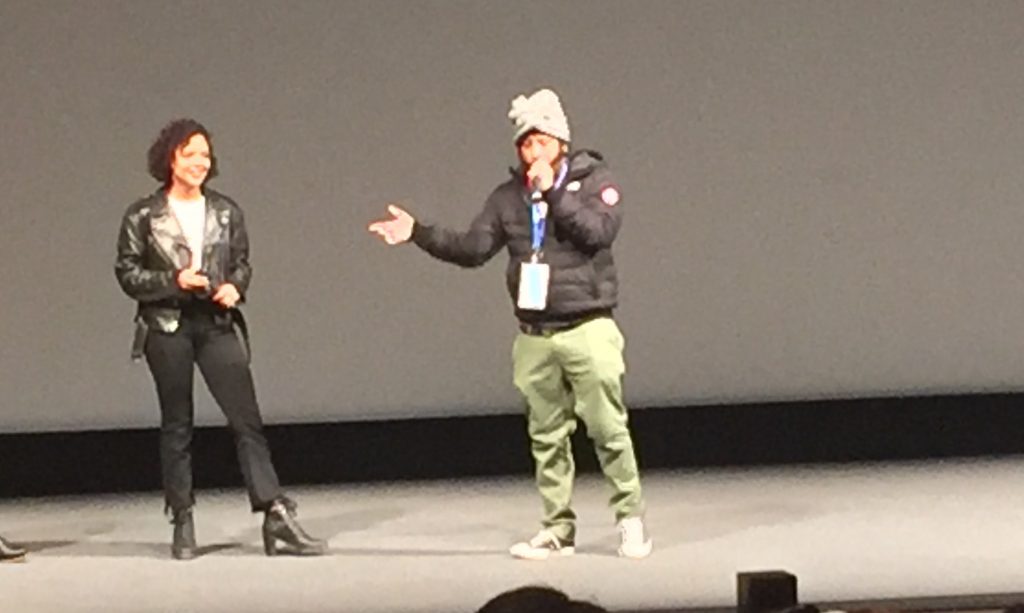 Oh, where to begin? Rapper Boots Riley’s directorial debut is a mixed bag mess of a movie, to say the least. Starting off as a workplace satire with LaKeith Stanfield in a telemarketer company to social satire with the little people vs. the big all-encompassing company to well… something else entirely, the filmmakers just bite off more than they can chew with this one. None of it really gelling together for a cohesive whole for any of the commentaries to land. This may work more as a few distinct short films set in the same universe but just doesn’t work as a single narrative that flows for an audience to take in and go with the creative and crazy world of Riley. 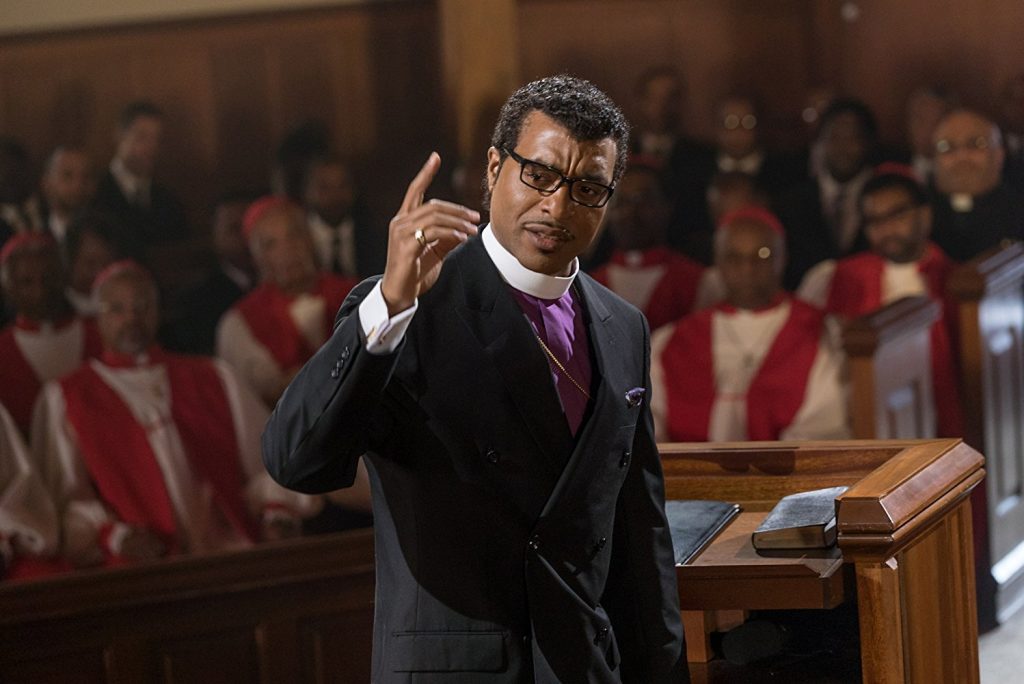 Chiwetel  Ejiofor again dominates the screen he is given as Evangelist Preacher Carlton Pearson in Joshua Marston’s Complete Unknown followup. After preaching about the inclusion of non-Christians into Heaven to his congregation Pearson’s support in Evangelist community suffers from his followers to his mentors and financial backers. While Ejiofor brings the fire to the lead role as we’ve come to expect, none of the other elements in the film really are up to support the strong performance. We see the doubt and fear that this crisis of faith imbues in the fire-brand Speaker, but Marston’s direction keeps us at arm’s length and never really allowing us into the man’s head to really understand this radical shift in thinking that would lead him to go against the church he has held sacrosanct for decades.

And that is, unfortunately, all I’ve got for Sundance 2018, next year I’ll give it a shot to break my personal record to get to more movies that help to define the coming year in movies. I’ll be back to cap off 2017 in film soon enough, don’t worry.